The majority of people know about the kimono – national costume of Japan. There are classic kimono designs, colors, and patterns that are used in the formal kimonos. But today, we’re going to take a look at some very different designs from the ordinary traditional Japanese kimonos. These days, about a hundred years after they were first created, they are enjoying a resurgence of popularity. These garments are called the “Meisen kimonos”.

Fresh and creative designs with bold colors. These are the hallmarks of Meisen kimonos, made in the 1910s and 20s. Until that time, kimono designs were inspired by the beauty of Japanese nature but these Meisen took inspiration from everything, even from penguins. At the time, Japanese Antarctic explorers were front-page news, and some kimonos capitalized on that interest. 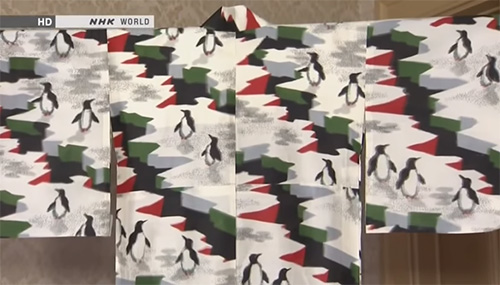 Meisen became popular in the 1910s. One reason was that, even though they were made of silk, they were extremely cheap. And there was a secret behind the low price. Meisen were made in the Chichibu region of Saitama Prefect. 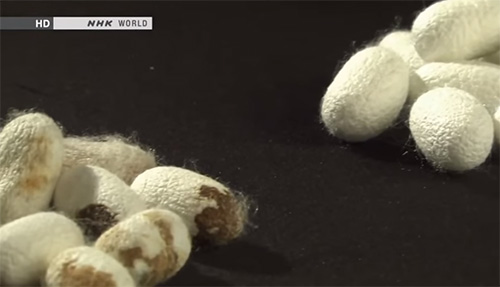 These are silkworm cocoons used for ordinary silk kimonos, and these are the kind of cocoons that were used to make Meisen kimonos. Soiled by the larvae inside, they're useless for making pure white silk. For years, they were thrown out but then, the way of making use of them was invented and Meisen kimonos were born. 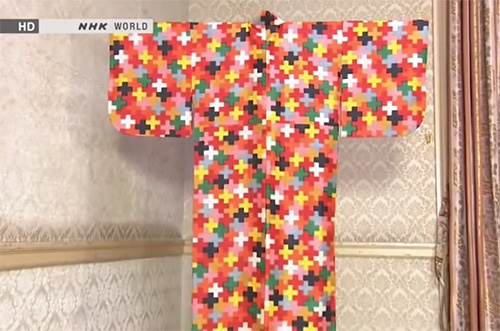 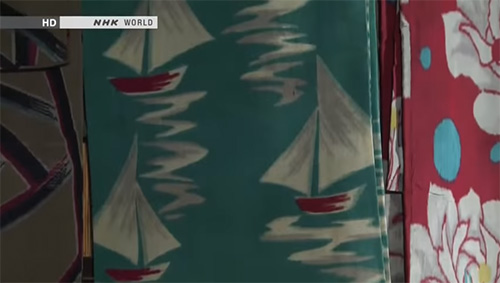 There is a storehouse in Japan that belongs to a family who up until the 1930s, made Meisen kimonos. The storehouse still holds a large collection of the materials needed to produce them. There are stencils that were used to dye patterns onto kimonos – made of paper, reinforced with lacquer, they could be used again and again. 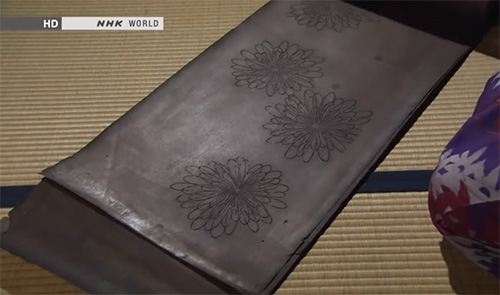 One unique thing about Meisen is that before weaving begins, the design is dyed onto the warp threads. Dyeing the threads in advance like this creates a fabric with no distinct front or back. If the colors of one side fade, the fabric can be flipped inside out. It's like getting a brand new kimono – very economical. 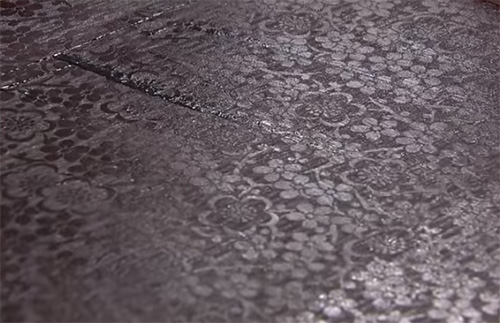 Now, a different stencil is laid on top and another color is applied. 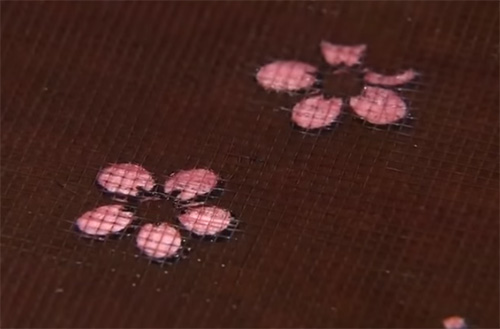 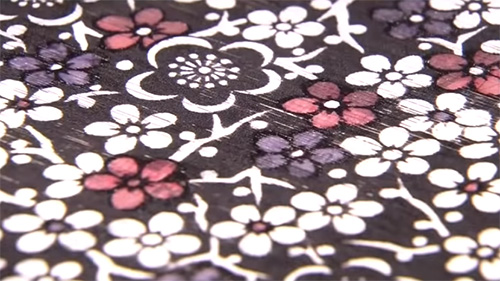 The bright colors hide any evidence of the dirty silk cocoons.

Using stencils means it's possible to mass-produce kimonos of the same design. This dramatically cuts costs.

The family who owns the storehouse has also held onto the original drawings, from which the stencils were made. There are more than 200 drawings. But who did them? Written on the back, are the names of major Japanese department stores, which were a center of new fashion in the 1910s and 20s. The stores commissioned artists and in-house designers to create these fresh designs. 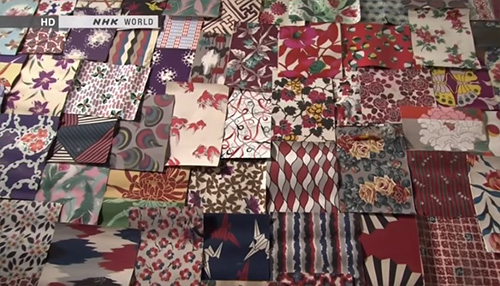 Meisen kimonos were sold at prices equivalent to 20 to 30 thousand yen today – a reasonable amount that was affordable for most women back then. They flocked to buy them, vying to be at the forefront of kimono fashion.

By the mid-1920s, half the women walking in Ginza were wearing these affordable garments. They all wanted to find their ideal kimono, one that would make them stand out from the crowd. Sales skyrocketed. 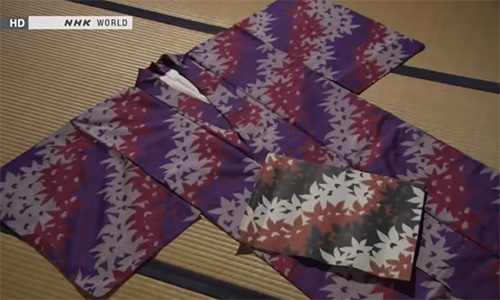 Today, there are more and more boutiques that deal in antique kimonos, particularly in central Tokyo. The low prices and vast range of designs are drawing interest from a new generation of younger shoppers.

In March 2012, a fashion show of antique Meisen kimonos was held. The colors have not faded, even after nearly a century. The vibrant designs still look fresh. These kimonos are a reminder of the unique aesthetic sensibility that the women at that time wore on their sleeve.