Poncho – original South American outerwear. A link that connects the tradition to here and now

Several countries in South America traditionally use this outer garment practically all year round. Poncho is not only warm and cozy, it’s very comfortable to wear, doesn’t need buttons or clasps, and is the perfect attire for horseback riding. That’s why both modern South American people and their Native American ancestors were fond of a poncho and used it for any occasion – ceremonial or day-to-day. In the past, this outerwear was a necessity to keep the body warm, but today, designer ponchos can be a fashion statement and can differ a lot from the original piece.

A poncho is outerwear created for warmth and comfort. There are several designs of a poncho, but the main idea is that it is a rectangular piece of fabric with an opening at the center, used for the head. Some ponchos have a hood, others don’t; some are lighter, others heavier and warmer; some are waterproof, others aren’t; some have fasteners of some kind, others don’t, etc. Also, there are ponchos open at the front, they resemble a shawl rather than a classic poncho.

This outer garment is an important part of South American heritage. In such countries as Peru, Ecuador, Mexico, Argentina, Colombia, Chile, and Bolivia poncho officially is the traditional piece of clothes. There are even several different names given to this garment by the local peoples: in some areas of Colombia it is called “ruana”, in Brazil “pala”, in Chile “chamanto”, in Mexico “gaban”. Some people also call it a “serape”, “manta”, “mantilla”, “aguayo”, etc. But the most popular and known worldwide name remains to be “poncho”. 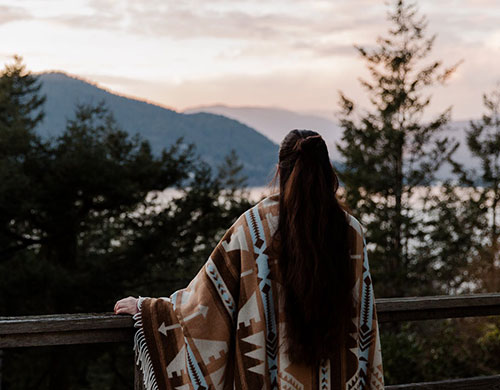 This outerwear item was invented by the indigenous Native American tribes a long time ago and still is the beloved outerwear of the locals today.

A traditional poncho doesn’t have sleeves or any openings for the arms. There is only one opening for the head. But some of the more modern ponchos may have special holes to put the arms through as well. Also, contemporary ponchos can differ a lot from their original forerunners. They have become a fashion item instead of protective outerwear. A lot of fashion designers create modern ponchos these days, which differ from the original folk garment by the fabric, patterns, decorations, and even cut. For example, you can find hand-crocheted ponchos or light cotton ponchos. 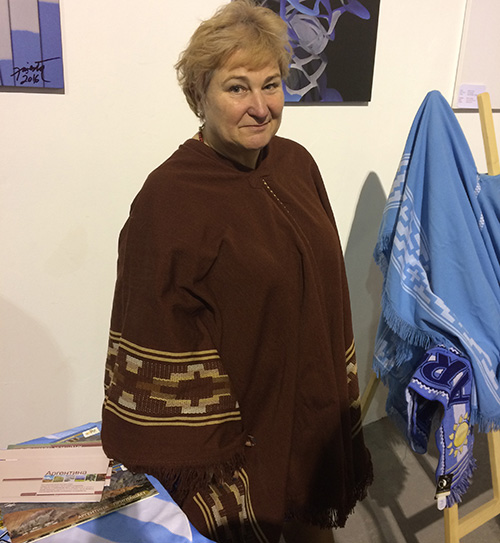 The original South American poncho was usually made from wool, most often, alpaca wool. This garment has an ancient and striking history. In Peru, mummies were found wrapped in elaborate ponchos, and these finds are dated somewhere around 300 B.C. In the past, poncho often was a ceremonial garment. The scientists determined it by the specific embroidered and woven patterns on those old ponchos.

We know for sure that Incas wore ponchos. The patterns on their outerwear showed off the status and position in society. There were even ponchos made from feathers attached together – just imagine how fancy they could look like! 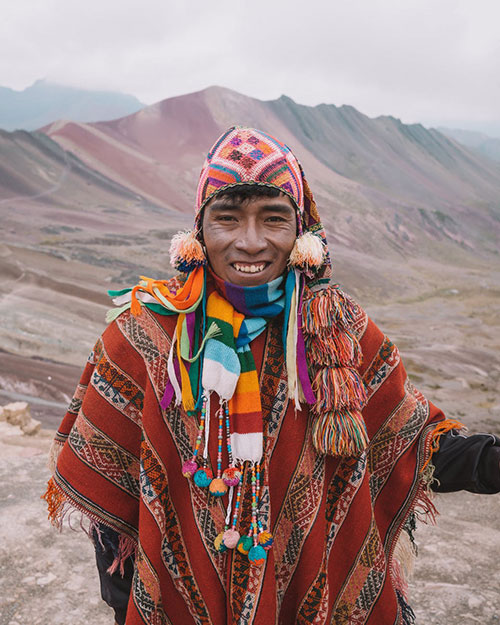 With time, a poncho changed its function from ceremonial to practical. This garment is so perfect for the local climate and lifestyle that it became a best friend of farmers, cowboys, shepherds, and ordinary villagers. The local clothing traditions changed very slowly in the past, unlike modern time when we have new fashion trends every season. That’s why there was a certain design of a poncho for different regions and you could tell the wearer’s origin from the cut and ornamentation. Sometimes, a person’s native village and even the family he or she belongs to could be determined by the poncho. Though, today, people don’t keep their traditions so accurately anymore.

But still, a poncho today is a significant part of South American heritage and culture. It is a link that connects the tradition and history to our time and our modern society. Some modern folk ponchos are practically identical to those made by the local inhabitants centuries ago. And that’s wonderful!