There are not so many folk costume artifacts of South American indigenous ethnic groups that survived to our time. Especially of such little-known peoples as the Wari people. This bright hat with a square crown and 4 tufts at the top is an ancient traditional headdress of high-status men. It is an authentic Peruvian accessory dated the 7th-9th century. And it is stored in The Metropolitan Museum of Art (The Met). Let’s take a closer look at this headpiece.

Photos are from The Met Museum

The Wari Empire is a political formation in the central Andean highlands of Peru that existed in 600-1100 A.D. The Wari (Huari) people are one of the indigenous ethnic groups of Peru. The Wari culture is being profoundly studied by South American archaeologists and historians.

This wonderful museum exhibit is a 4-cornered male hat with colorful woven patterns. Such a headdress was typical for the local high-ranking men. They wore it during life and were buried in it. It was a status thing, along with feathered garments, beaded collars, and intricately hand-woven clothes. 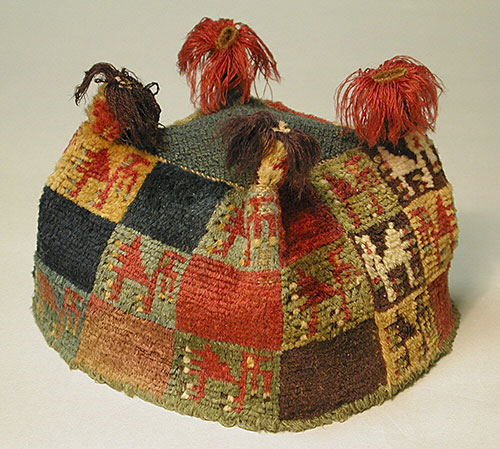 This headpiece is a round hat woven from camelid hair, with a square crown and 4 decorative tips. Also, they traditionally are covered with bright patterns. The yarn before weaving such a hat was thoroughly prepared and dyed. The most typical woven patterns were geometric shapes and stylized images of plants and zoomorphic figures. Often, these were mythological creatures rather than real-life animals and birds.

On this particular hat, we also see some kind of an animal, but it’s so schematic that you can’t say for sure who this is.

An interesting feature of these Wari status headdresses are 4 peeks on top of the hat. They look charming and catch your eye.

This hat was probably made from two separate parts – a strip of woven cloth with bright patterns was attached to the knotted square top part. The corners were made into these peeks with tufts of yarn sticking out.

The craft of weaving was highly developed in the Wari culture. They knew complicated weaning and knotting techniques and used brightly dyed yarn. This tradition, by the way, survived throughout the centuries – Peruvians still usually weave their clothes by hand and make them colorful and bright.

Here are a few other 4-cornered Wari hats from the same period: 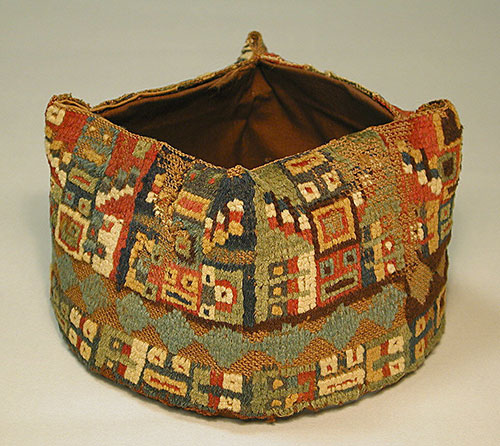 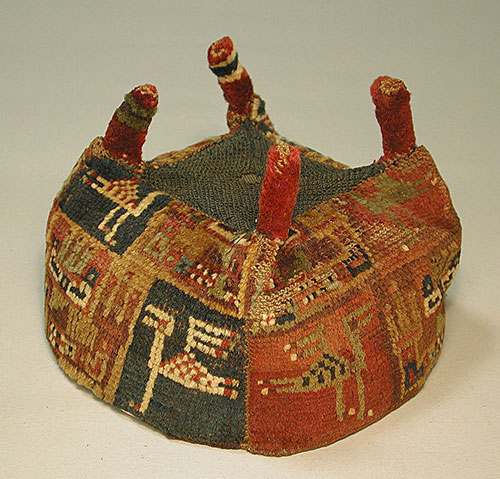 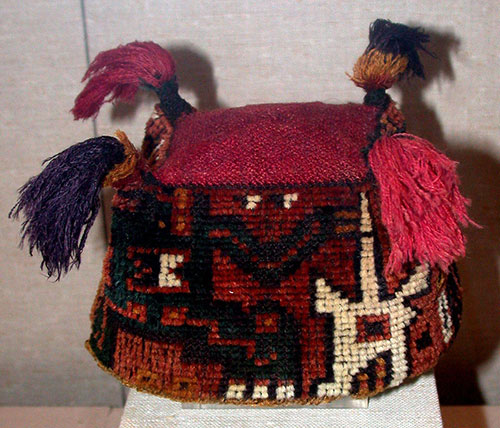 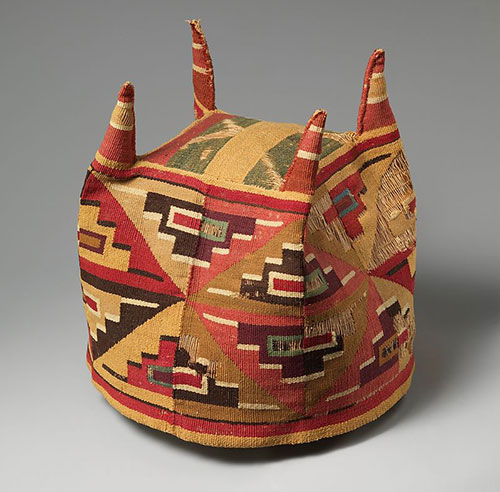 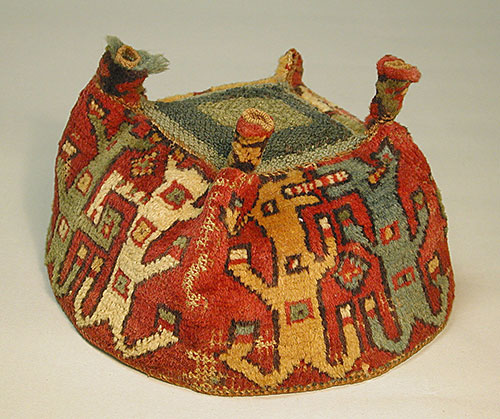