Folklorico dance or ballet folklórico are terms naming Mexican traditional dances. These folk dances require specific costumes that differ from region to region. In this post, we’ll tell you a little about the mentioned traditional outfits used by folklórico dancers in various corners of Mexico. The ballet folklórico is so colorful, cheerful, and eye-catching that it became popular far outside Mexico and is performed today not only by the locals but by foreigners as well. Gorgeous folk dance in gorgeous folk costumes! 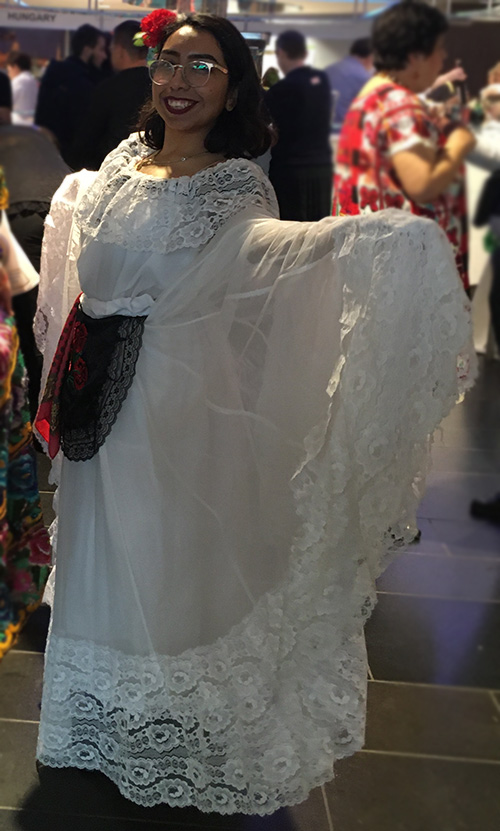 Folk dances typical for Veracruz are bambas and huapangos. Both include flamenco steps. The music is acoustical, violin, and harp.

The population of this region is, to a large extent, indigenous, so a lot of the local dances are indigenous for Mexico as well. One of such dances is the El Baile de Los Viejitos or Dance of the Old Men – a ceremonial performance to mock the European colonizers.

The female folklorico costume consists of a white embroidered shirt, a black skirt, a colorful apron, a large black veil on the head, and a straw hat (often embellished with flowers). The female folklorico costume consists of embroidered white muslin pants, an embroidered shirt, a fabric sash, a poncho, and huarache shoes. Men also add special masks looking like an old European man, with a pink face and white hair.

The traditional outfits of the local female folk dancers are very similar to the clothing pictured in The Sound of Music movie. They wear white shirts (often embellished with embroidery and ruffles) and colorful mid-calf-length skirts with horizontal stripes at the bottom. The hair is usually braided and tied with ribbons. Male costumes include white shirts, leather fringed vests or coats, bandanas, boots, and cowboy hats. You can see a distinctive Texas influence here.

The most popular local folk dances are polka, waltz, and chotis (schottische). Popular music instruments are tuba, guitars, and accordion.

This region was historically greatly influenced by the Spaniards, so the attire of the local folklorico dancers also is rather Spanish-looking. Female folk dancers use opulent ranchero dresses adorned with multicolored ribbons sewn to the dress. These extremely wide skirts determine the main look of Jalisco dances and Jalisco dancers. Men dress in Spanish charro suits and large sombrero hats. The charro suits are very ornate, with plenty of decorations. 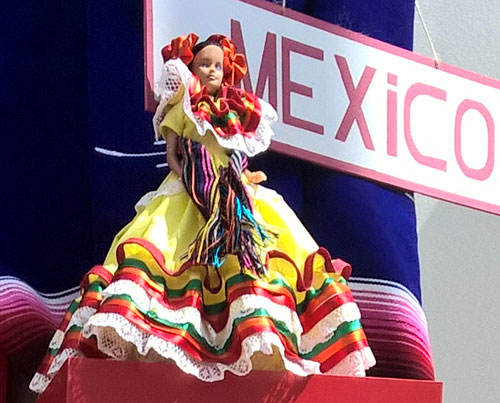