Traditional underwear around the world differs a lot from our modern lingerie. Forget about revealing lacy bras and thongs, sexy garter belts, and the like. The traditional undergarments mean that this style has been in use for at least a century or two and is a lot more modest and conservative. But what else in these underwear pieces is different? Let’s take Tunisian vintage underpinnings and compare them to the lingerie sets we’re familiar with. How do you think, how many differences will we find?

First of all, Tunisia is one of the Arab countries, so its clothing traditions are rather modest and strict. Although Tunisia is situated on the African continent and has a hot climate, the local people are used to wearing multilayered clothes that cover most of their bodies. For example, here are examples of vintage Tunisian women’s folk outfits, bridal and festive ones, from different regions of the country. 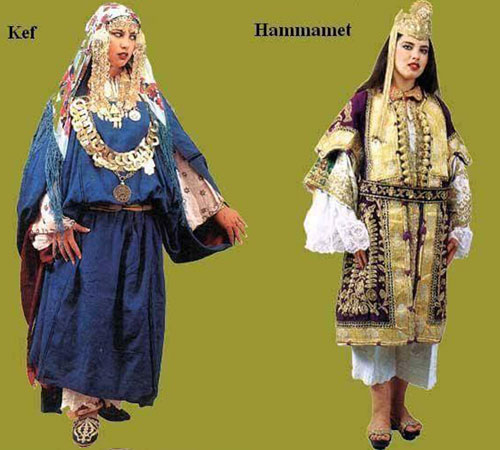 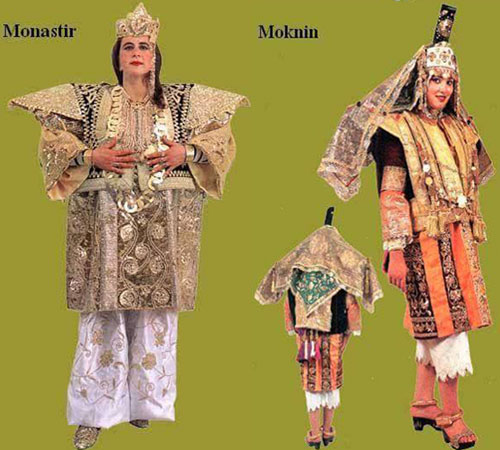 On these women, you can see white underwear peeking from under their main garments. These are traditional Tunisian lingerie. The set consists of a lace chemise called “soureya” with very wide triangular sleeves and lace pantaloons called “serwel”. These items can be really adorable and cute, especially the bridal underpinnings decorated with lace, silk embroidery, gold embroidery, openwork, and other trimmings.

The soureya shirt is usually mid-thigh-length. It is made from white cotton and has very wide sleeves that widen to the cuffs. These sleeves are often visible from under the other garments, that’s why they’re so decorative. Often, they’re embellished with plenty of gold embroidery to show off the bride’s status and wealth. In the past, fine fabric, gold thread, and lace were rather costly materials. 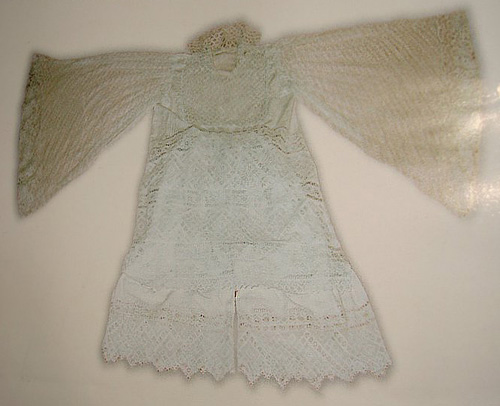 The serwel are loose pantaloons, also adorned with lace and embroidery. The length of these Tunisian bloomers can differ from short (about mid-thigh) to below-the-knee to long (even to the ankles sometimes). But the most popular length is somewhere around the knee – a bit higher or lower. These pantaloons usually have a decorative serrated bottom, which typically peeks from under the kaftan or dress. Especially when talking about the bridal serwel worn with wedding attire.

Tunisian traditional soureya and serwel lingerie set is not something long forgotten and seen only in the local museums. Modern Tunisian brides often get married in a traditional wedding outfit, including the bridal underwear of the traditional design made by the old rules.

This bride wears traditional bridal attire, and you can easily determine huge gold-embroidered sleeves of her soureya and white lace serwel with a slightly serrated bottom. 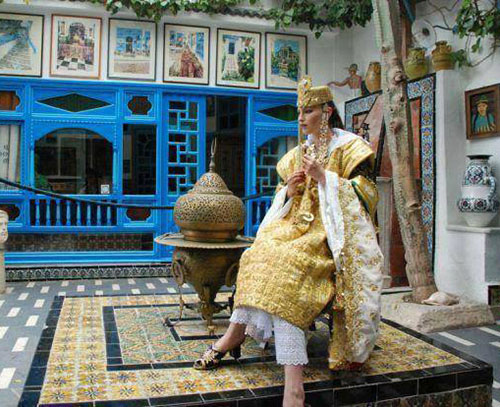 Of course, such traditional undergarments are used only as a part of a Tunisian folk bridal costume, they’re not in use in daily life. Modern women all around the world prefer something more revealing and seductive, smaller, and comfier. Like this: 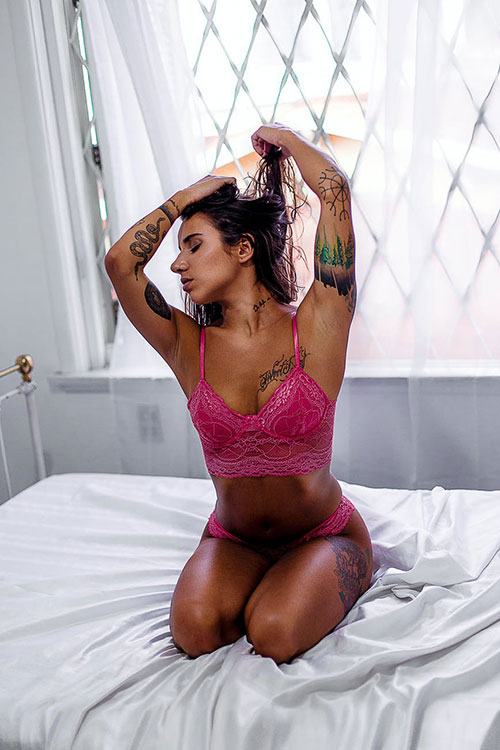 And here are a few photos of modern lingerie that have something in common with Tunisian traditional underwear items. 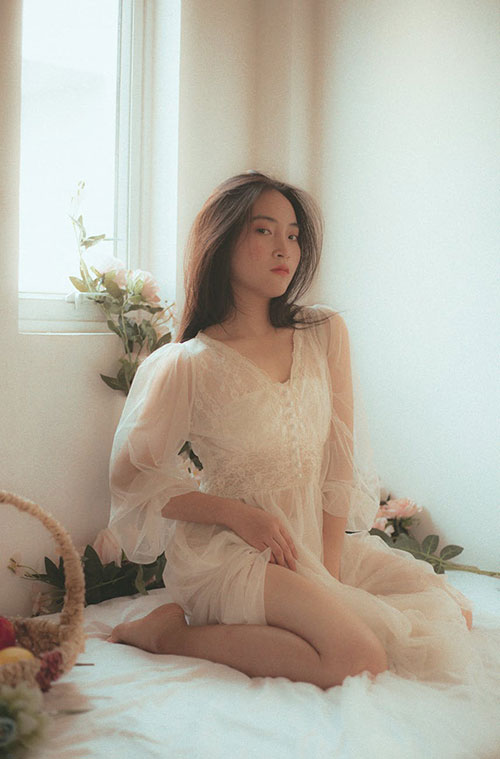 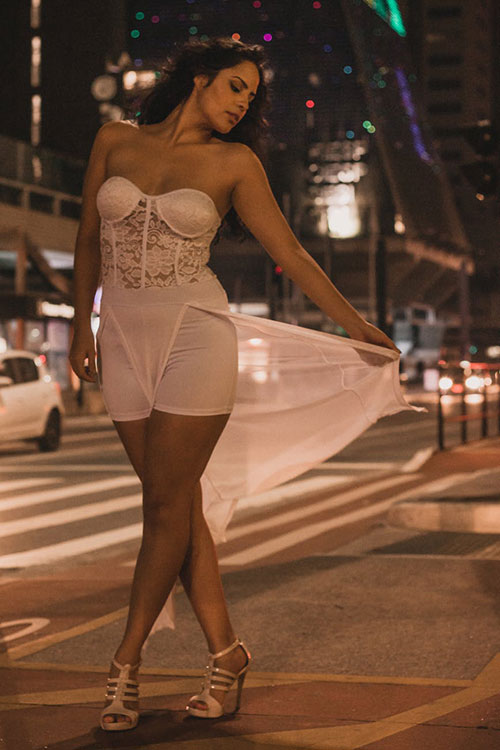 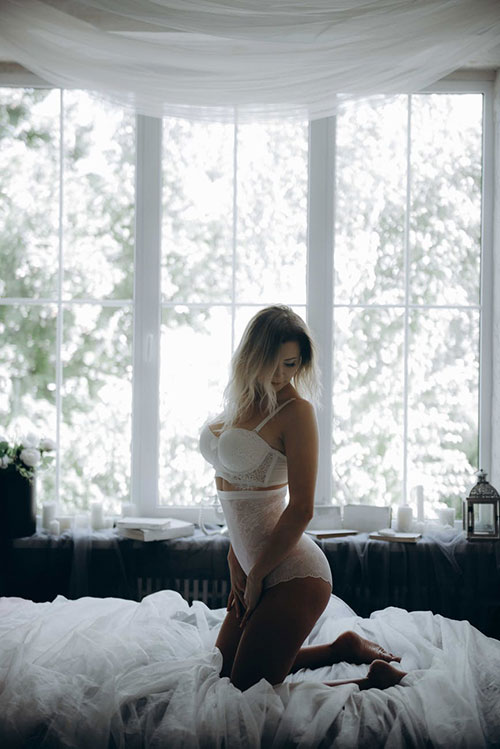