No other folk garment or accessory has as many different designs, styles, and cuts as a headdress. Every country, region, or even village sometimes has its own traditional headpieces. Especially large diversity of hats we see in women’s costumes around the world – from warm winter hats to light coifs to various ceremonial headdresses to headwear constructions that show the marital status, and so on. In this article, we’ll tell you a bit about the so-called “Dutch bonnet” – a beautiful and unique headdress typically worn in some northern European areas.

A Dutch cap or Dutch bonnet is a specific style of traditional headwear worn in the Netherlands. It is a lovely coif or bonnet made from light fabric and worn by the local women. Often, a Dutch bonnet is sewn from cotton and adorned with lace or needlework. Some of these caps have drawstrings to tie them under the chin and others don’t. The fabric is white in most cases, which makes it look even more delicate, but there are examples with prints (striped or patterned) or darker colors of the cloth. 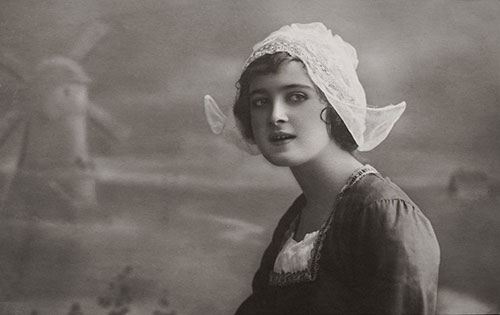 There is a variety of Dutch headdresses that differ from one another, sometimes considerably. Practically every region of the Netherlands has its own style and décor of women’s coifs. But one of the most popular and recognizable bonnets has triangular flaps, sometimes called “wings”, that turn up on either side of the head. These wings are starched, so they stand up prettily.

For an outsider, such a style of a hat may look odd and even comic, but this unique shape is traditional and distinguishes the Dutch cap from all other coifs around the world. And it adds a lot of charm to the females who wear it. 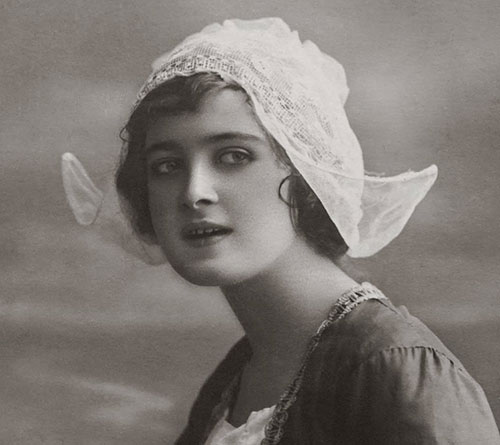 Why are you calling this Scandinavian? The Netherlands is not a part of this region.

Thanks for the correction)). I made changes. And I appreciate your comment
Quote
#1 LES Scan 2022-01-14 21:55
Why are you calling this Scandinavian? The Netherlands is not a part of this region.
Quote
Refresh comments list