Most people know a lot (or at the very least something) about the traditional clothing and outfits from a certain century made for adults. Like Tudor era attire, Elizabethan gown, Baroque style costume, Medieval dress, etc. But how much do you know about the vintage kids’ clothes? And it is even more exciting to find out what the royal children wore. Let’s do just that – let’s look at the tiny outfits used by Queen Victoria's children in the 19th century.

Timothy Long from the Museum of London will be our guide. He will show us some showpieces from the museum’s extensive collection and tell us the story of those items. So, enjoy!

Hello, my name is Timothy Long, I am Curator of Fashion and Decorative Arts at the Museum of London. The arrival of the newest member of the British royal family is a momentous occasion that has captured the world's attention. The Museum of London has quite a rare connection to the royal family because, prior to the formation of the Museum of London in 1976, the museum was two different institutions. One was the Guildhall Museum and the other was the London Museum which opened in Kensington Palace in 1912. Kensington Palace accumulated an impressive collection of material that documents both the City of London but also very unique items from the members of the royal family. 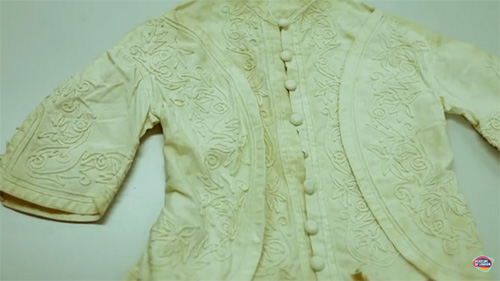 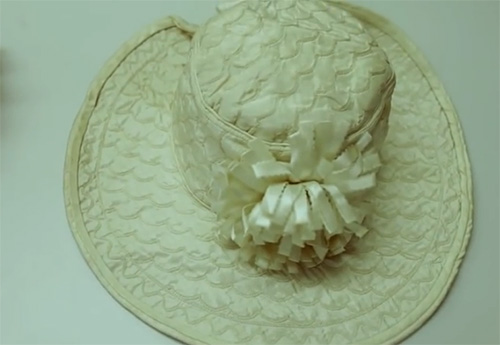 Today we're going to focus on the material related to Queen Victoria's children. This is a robe that was made for one of Queen Victoria's children and, what becomes quite apparent when you look closely at the piece, is the tremendous skill and craftsmanship that went into its production. It's a cotton child's robe that has a great deal of cotton thread embroidery and lace all the way across the front of the piece. 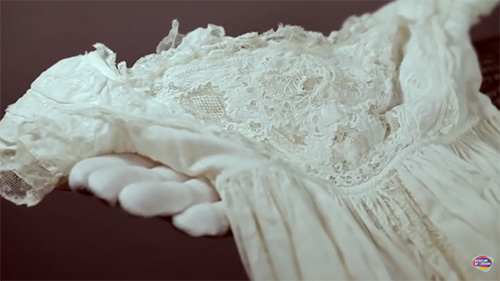 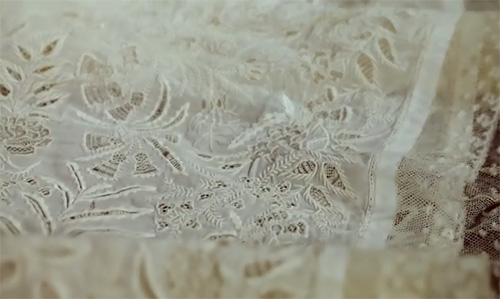 This infant cap was worn by Prince Albert Edward who was born in 1841 – it was the second child of Queen Victoria. And the cap is made of a very, very fine cotton fabric that has been embroidered with cotton thread across the front as well as in a floral scene at the center back.

These shoes were worn by Princess Alice. The significance here is that these were actually made by her mother Queen Victoria. Alice was born in 1843, but these were made for her a few years later and are made of a very fine white wool that has been embroidered in a very fine silk thread in a floral pattern across the front, throughout the sides, and also at the center back. 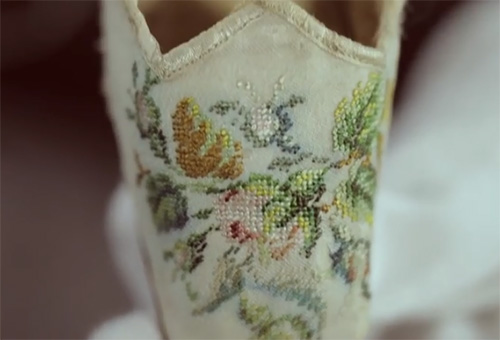 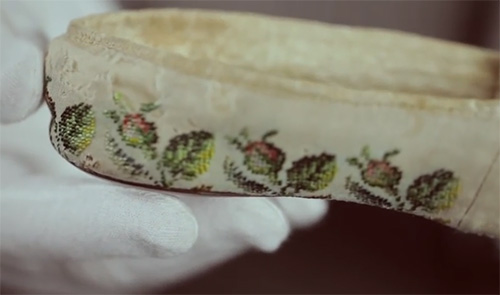 These shoes here document two different generations of the royal family in the 19th century, and if you look closely at a few of the pairs, you can get some clues about the individual member who wore those items. This pair particular – if you turn over, you can see that someone has written Prince of Wales across the front. So you know for certain that this was worn by Prince Albert Edward when he was a child before eventually becoming King Edward VII. 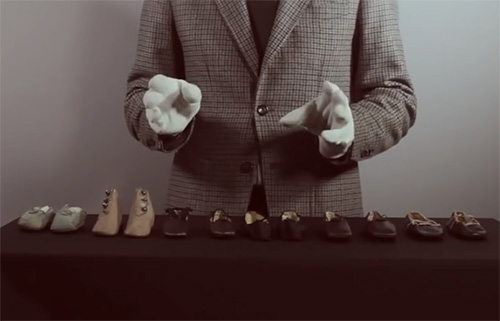 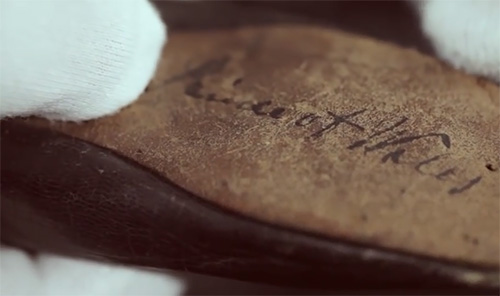 We have a bed sheet that was used by Prince Albert Edward when he was a child. This piece was made in 1842 – we can see that by the date above which you have PW for Prince of Wales. And above that we have the embroidery of a small crown in red thread. 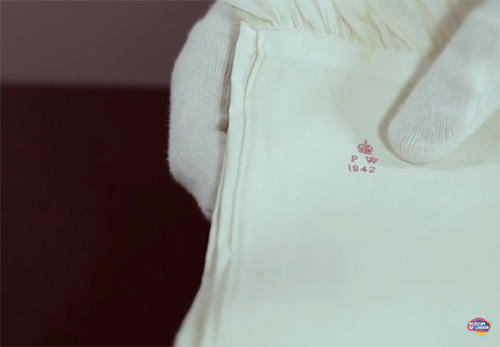 Here are additional accessories in the collection related to the royal family. Our pieces that we have here is from a few pairs of stockings worn by Queen Victoria's daughters Princess Alice and Princess Beatrice, very finely embroidered, both with the initials of the wearer, as well as the royal crown. As well as to kid leather gloves worn by Queen Victoria's granddaughters Princess Louise and Princess Victoria.

As the Capitol prepares itself for the newest royal arrival, we here, at the Museum of London, are looking forward to seeing what the next generation of royal baby clothing will be.