Norwegian traditional bunad is a lovely costume, it looks spectacular. But also, this attire has a very distinct meaning and symbolism. In this material, we’ll enclose some information about the bunad that you might have never heard before. Particularly, what do you know about the connection between the Norwegian bunad and European fashion trends of the past? As a matter of fact, there is a strong and unexpected connection. Also, we’ll tell you when is the best time to come to Norway to see the greatest variety of regional bunads on people.

A bunad or traditional costume is a very important thing for any Norwegian man or woman. Originally, this was peasant clothing worn in the rural areas, but later, it became the national pride of this country and the preserved memory of ancestors.

The thing is, Norway was under Danish rule for centuries, so when it got its independence, at last, people started to revive and recover the old, uniquely Norwegian traditions, customs, art, folk crafts, etc. And traditional clothing also got a lot of attention. As time passed, the locals managed to preserve and develop Norwegian folk clothing traditions.

Right now, there are over 200 regional bunads that differ from one another, sometimes considerably. And you can tell the region of origin of a person by their bunad. This distinction is rather accurate because there are some strict rules of dressing in bunad. One of them is you can’t wear a particular type if you don’t have a connection to this certain region. It means that you or your parents or at the very least grandparents must have roots in this region. Otherwise, you don’t have a right to dress in this particular costume. Norwegians don’t wear a bunad, which they just favor visually – it’s important that you wear Your bunad, the outfit of your native region.

What is the difference between the bunads that come from different regions?

First of all, it’s the materials used to make the attire. In the past, people always produced most of their clothing from the local materials because they were the cheapest and most available. So, different regional bunads often are made from different fabrics.

Also, there is a great difference in decoration of a bunad, obviously – embroidery patterns, weaving patterns, jewelry, etc. Of course, accessories vary as well.

But the most curious thing is that there also is a great influence on the regional bunads from outside Norway. The local researchers found out that merchants who came to Norway hundreds of years ago from other countries brought with them the fashion trends, new inventions, and original designs from France, Germany, Belgium, etc. Literally, one merchant with his single suitcase of goods inadvertently brought the changes to the local fashion. So, modern bunad researchers are able to link some regional Norwegian costumes to certain places in Europe.

As with most traditional costumes around the world, each authentic garment tells the story, but only some people can read it. You must know the meaning of certain cuts, styles, symbols, jewelry pieces, and many other details to really understand the information encrypted in the dress.

By the jewels on a bunad (and silver jewelry is an integral part of any bunad from any area of Norway), you can tell the marital status, region of origin, status in society, and other information about the person. But this task was much easier to achieve 100-150 years ago, when old traditions were more firmly rooted and followed more strictly. In modern life, some traditions are a bit out of fashion. For instance, the folk headdresses were extremely meaningful, but they aren’t worn as often now – partially because of their rather odd shape and partially because people switched over to wearing modern clothing in daily life. 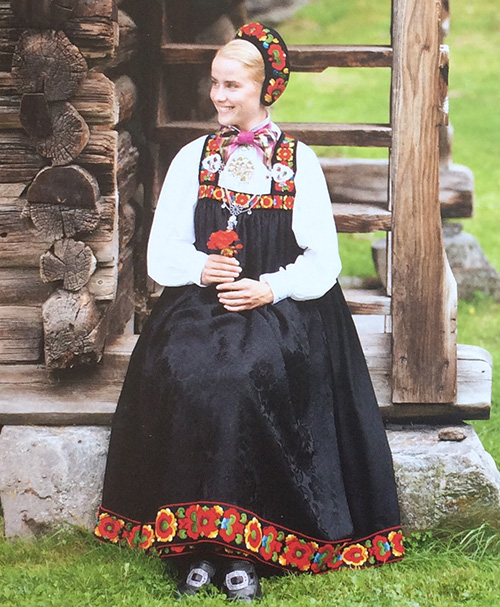 Nowadays, Norwegian bunad is one of the most popular traditional costumes among the natives in the world. Very few ethnic groups around the planet are as dedicated to their folk dress as Norwegians. They wear their regional bunads for various events and special occasions and take it very seriously. To tell you the truth, we can definitely understand Norwegians because their national clothing is really lovely.

But there is one day in a year when the bunad is a must. It is Norway’s Constitution Day (May 17th). That’s when thousands of Norwegians dress in their bunads and celebrate, even toddlers are seen in the streets in their tiny bunads. The traditional outfit is the symbol of patriotism. So, if you would like to see the greatest variety of regional bunads, come to Norway for these festivities and observe the beauty of Norwegian folk attire.

Here are a few traditional embroidery patterns on Norwegian bunads 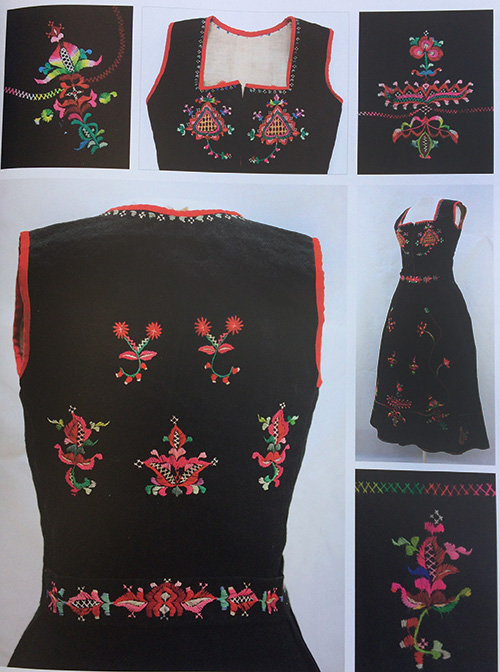 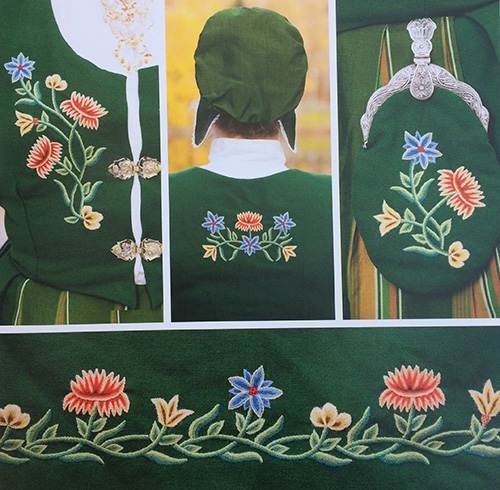