Male national costume of Bhutan. How to wear a gho

Bhutanese men’s folk costume is charismatic and unusual. You definitely notice the shoes – beautifully adorned works of art. But the whole attire sure will draw a look. It consists of an under jacket called “tego”, a robe called “gho”, a fabric belt called “kera”, a large silk scarf called “kabney”, and boots called “tshog lham”. We would like to show you these garments and the whole costume and add some curious details about it.

First of all, under the gho, men wear a “tego”. It is a long-sleeved short jacket. Women also wear it under the kira. 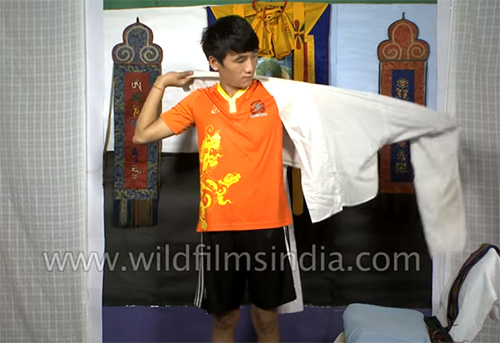 The gho is a Bhutanese male ethnic clothing.

The wearing of the “gho” for men and “kira” for women is only a small part of the “driglam namzha” (official dress code of Bhutan). 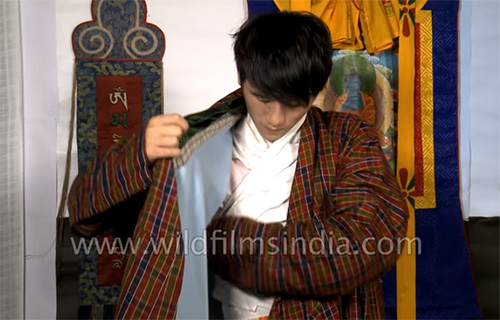 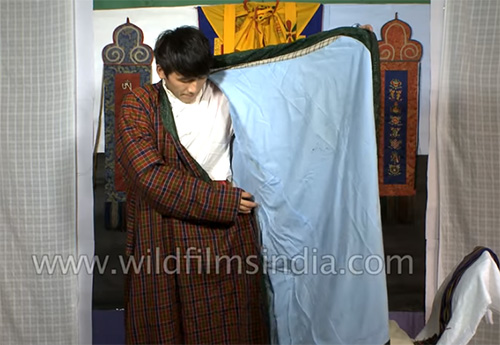 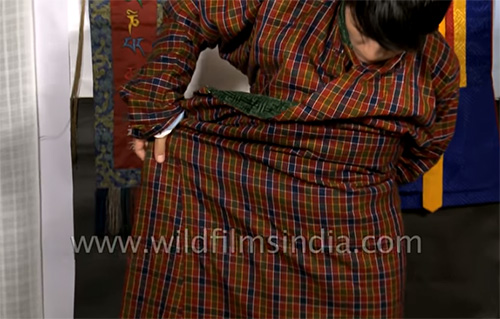 The gho is a knee-length robe tied at the waist with a “kera” – hand-woven fabric belt. Bhutanese people began to wear the gho in the 17th century. Today, the local men use this attire for formal occasions; the government representatives are obliged to wear the gho for work.

The kera belt is folded in such a way that a big pocket is formed in front of the abdomen. And this is actually used to store things in. This is, perhaps, the largest pocket in the world. 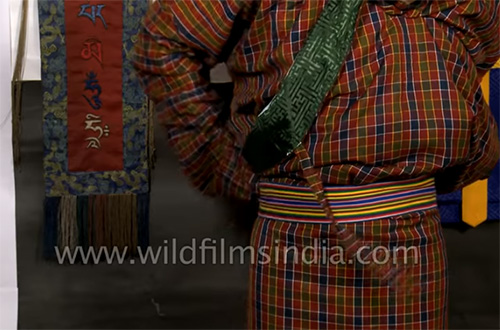 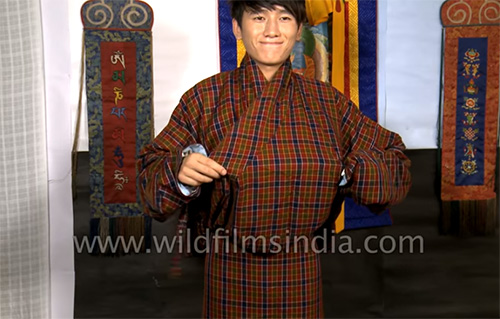 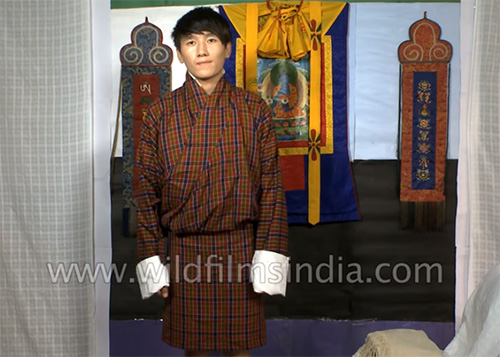 In Bhutan, the “kabney” – a silk scarf – is worn with the gho. The size of a kabney traditionally is 90x300 cm (35x118 inches). This scarf is draped over the left shoulder and the right hip. 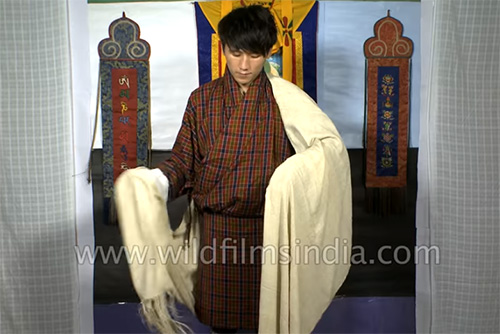 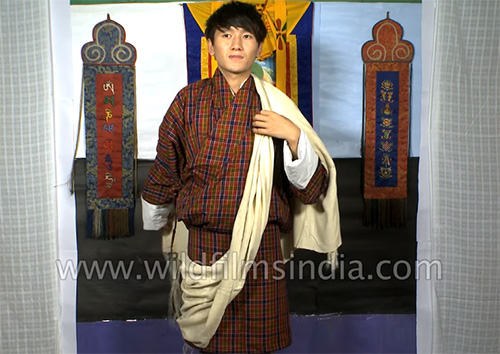 Kabney is a symbol that signifies different groups of professions as there are different colors and designs of kabney for different professions. For instance, saffron color is for the king or chief abbot, orange is for government officials, green – for judges, white – for ordinary citizens, etc.

“Tshog lham” are the traditional Bhutanese shoes. Tshog lham are also known as “king of shoes” in Bhutan. They are traditionally made of leather, silk, and are of different sizes and colors. These shoes look very pretty because they are richly embroidered and embellished with other decorations. 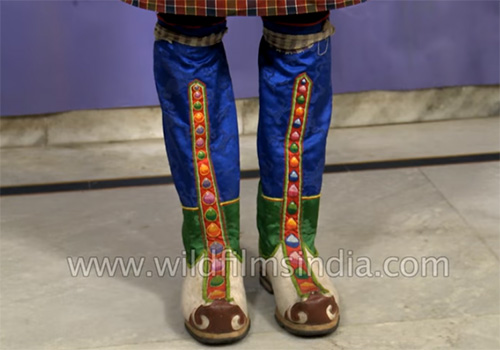 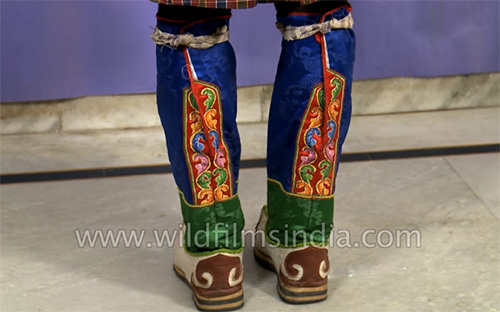 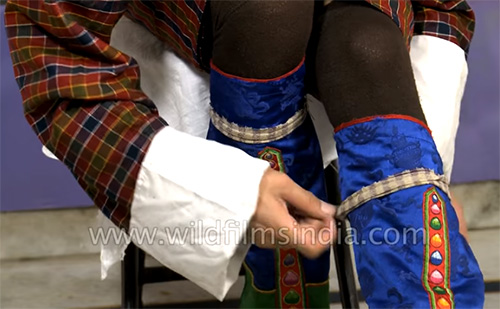 In 1953, during the first “Tshogdu” (National Assembly of Bhutan), it was mandatory for the members of the Assembly to wear tshog lham. At present, tshog lham are worn by the people according to that day's itinerary on special occasions.