In Buryat traditional culture, jewelry pieces play a very important role. A women’s folk costume can’t go without at least several silver&coral jewels; in some cases, there are up to 10-12 items. Add to that the fact that Buryat jewelry is massive, heavy, and artfully made and you’ll get the full picture. The folk jewels often determine the whole look of a woman in Buryat traditional apparel. These people even turned personal hygiene tools (tongs, manicure set, or ear pick) and household tools (needle, knife, or fire striker) into elaborate jewelry items. And they look fascinating!

Buryat people are an ethnic group of Mongolic origin who today live in the Russian Federation, in the Siberian region. The population is about 1 million people. Buryats have a rich culture preserved rather thoroughly to this day. Their folk costume is elaborate and unique and their traditional jewelry is truly magnificent.

It is considered that the traditional jewelry pieces worn by Buryat women derived from armor used by female warriors in early periods of Buryat history. That’s why, presumably, they’re so massive and heavy. The most popular materials for Buryat jewelry are silver and coral (imported from China, India, and even Italy). The coral beads were extremely expensive, especially large ones, so they showed off the well-being of a family. 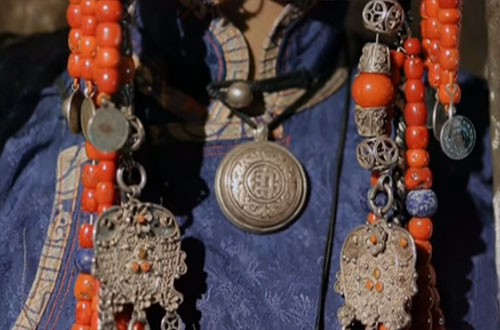 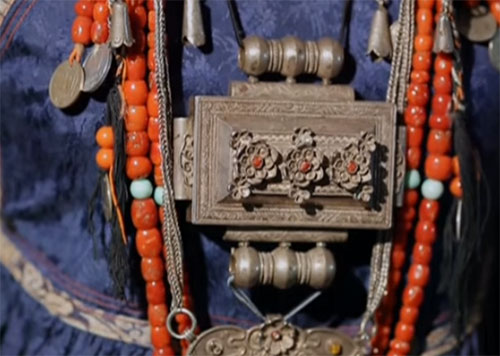 Buryat men didn’t wear jewelry at all, these were exclusively female items. And women had plenty of jewels, massive and intricately made. Of course, these pieces were not just beautiful trinkets but had a symbolical and ceremonial meaning. They also protected the wearer from the evil eye, brought good luck, showed the region of origin of a person, and so on.

In the past, a family started to collect jewelry for their daughter’s dowry since her birth. The set could include several dozen pieces. The weight of them could reach 5-7 kg or even 10-12 kg if the girl was wealthy. 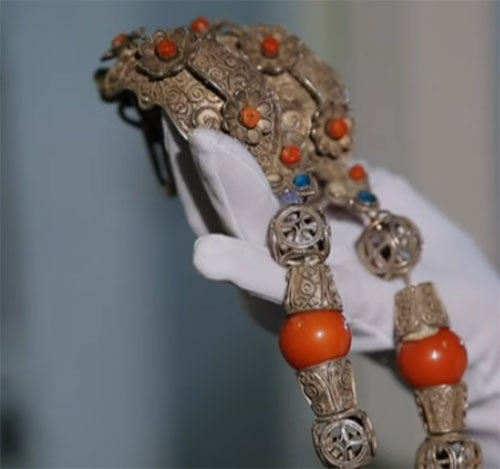 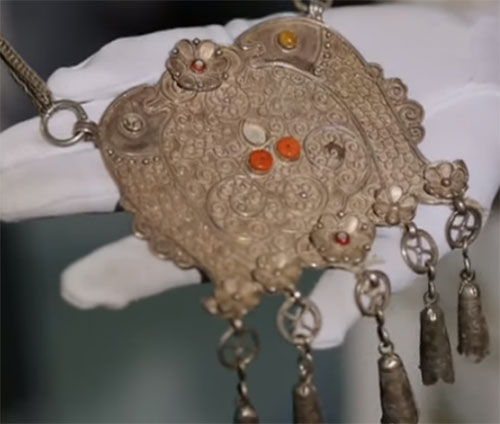 The hair jewelry is very interesting and is considered among the most important items. Buryat people believe that hair contains the strength and energy of a person, so it must be meticulously protected, thus so many head adornments. Even men in Buryatia traditionally braided their hair in a single braid until the early 20th century – though they didn’t wear any hair jewels. An unmarried girl pleated her hair in 8 braids and, after her wedding, her hairdo changed – she had only 2 braids covered with fabric and special hair jewels (most of the hair was hidden from sight). They were also massive and elaborate. 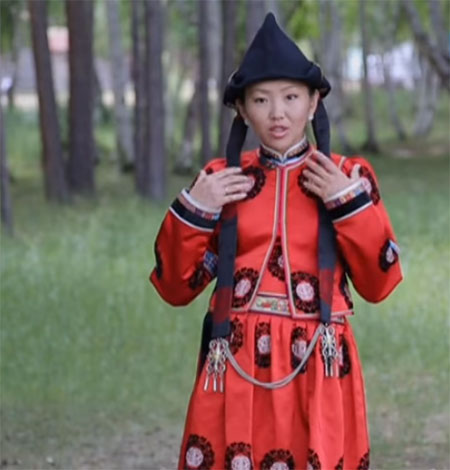 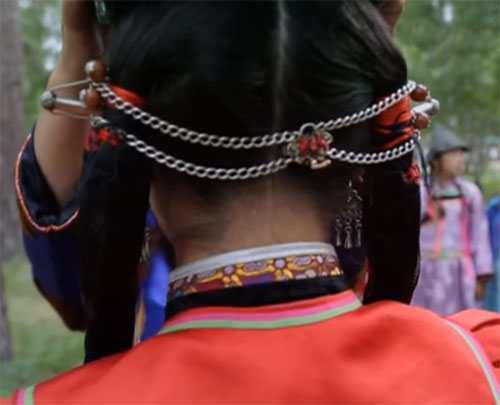 When a woman reached about 60 years old, she could cut her hair short and remove the hair jewelry, which she usually presented to her daughters, granddaughters, or daughters-in-law. She decided which pieces went to whom and divided her jewels among the young female relatives.

Buryat necklaces were massive as well. Their main function was to protect the woman from the evil. They were often adorned with natural semi-precious stones.

The local females used many waist jewelry items. They were more functional than symbolic. For instance, these pieces could be a fire striker, a small knife, tongs, a manicure set, an ear pick, a needle (even a needle was decorative and cute), etc – all of these are useful knick-knackery for everyday life. But they were also beautifully and skillfully made to look like artful pieces rather than boring everyday tools. Both Buryat men and women wore a dress knife attached to the belt, but female knife was smaller and worn at the left side because it was not a weapon but a household item. 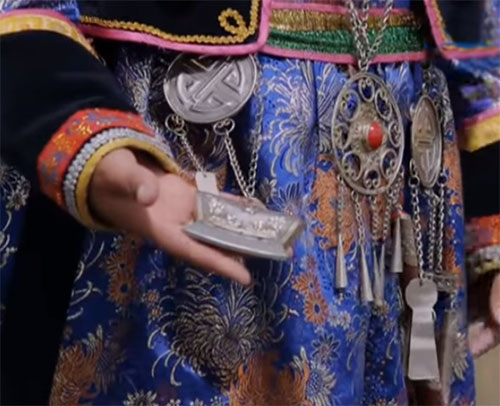 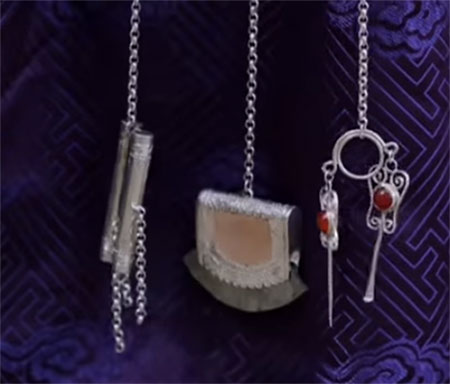 Buryat traditional jewelry pieces are gorgeous. They are large but balanced, intricately made (usually by hand), and have a deep symbolic meaning. As in many other countries around the world, the women’s jewels she got as dowry were considered her property – she could do with them whatever she wanted and her husband didn’t have a right to take them away or sell them without her permission. These jewelry pieces have so many meanings – symbolical protection, investment, practical functions, etc.