Chinese traditional opera is very unique. And one of the most important crafts in this area is the headdress making. The headgear used by Chinese actors is gorgeous – massive pieces are richly decorated and eye-catching but extremely lightweight at the same time. It requires a great skill to produce a good kuitou – traditional headdress used in Chinese opera. The craftsmen invent the design, produce every piece by hand, and alter it at the request of the actor who uses the kuitou.

For every character in traditional Chinese opera, there is a unique costume. And the headgear is among the most important accessories for this costume. The hats that actors wear when performing come in many styles, designs, and colors. Such hats are called “kuitou”.

A daughter and granddaughter of famous Chinese artisans and kuitou makers relate about the Chaozhou-Shantou opera and its headdresses. 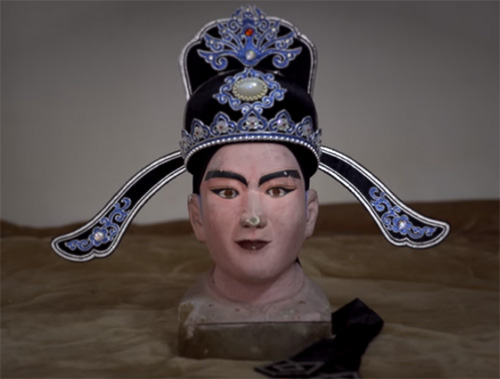 “I am Chen Yanting’s daughter. My father was born in Shantou, and made a hobby of making kuitou. My grandfather was making puppets, and Chaozhou kuitou has a connection, so he started to make Kuitou from a young age. In fact, he was in his twenties when he started.

“From the original 60 designs, he has now evolved kuitou into several hundred. Kuitou is divided into four categories: crowns, helmets, towels, and pu. There are headdresses for the generals, the emperor, the king, the prince, for a woman, etc. The opera is from the Tang Dynasty, 400 years ago. It reflects the Chaozhou-Shantou at that time. 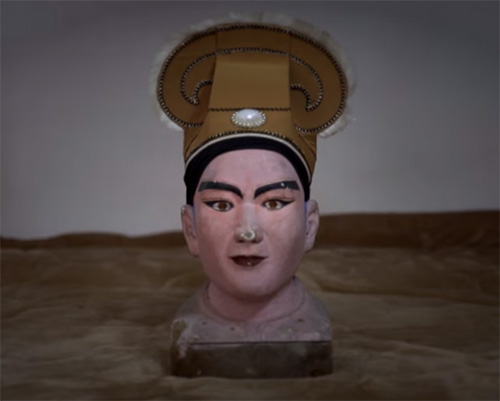 “The production process starts from a piece of cardboard. First – drafting, cutting, engraving, fixing on the wire, and then on the wireframe, to shape the lines, which creates the three dimensions. Then we spray waterproof paint and assemble it together. 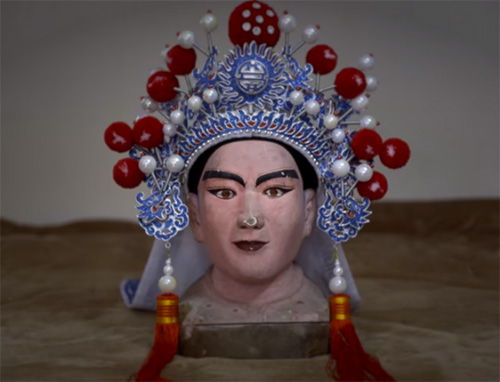 But Chen Yanting is not the only craftsmen in China who makes kuitous. For instance, Li Jizong is another artisan whose skills are in great demand today. He produces the headdresses for the Northern Kunqu Opera Theatre. 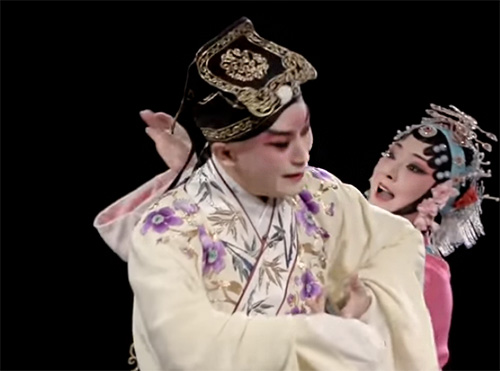 “Although I retired many years ago, whenever the Northern Kunqu Opera Theatre has a new project, they would call on me every time”, says Li Jizong.

One of his works is a striking Phoenix Crown. This intricate formal hat consists of over 100 parts. When making a kuitou, Mr. Li only cares about two things: a beautiful appearance and it has to be light in weight. 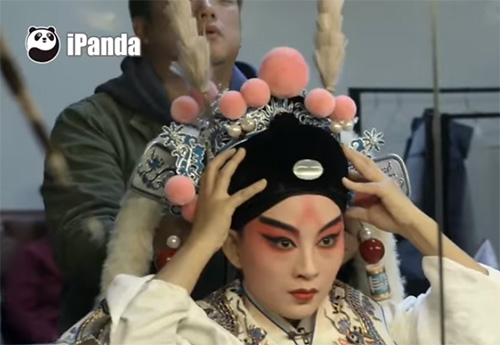 “If the hat isn’t designed properly and the audience can’t see the hat’s front, then despite all the beautiful make-ups and costumes, you’ll look silly wearing the Phoenix Crown, – explains Li Jizong. – In this trade of ours, these phoenixes are not easy to make. For example, you have to spray them with water to make them wet, otherwise, they’ll deform after rubbing. This is a scrupulous process”. 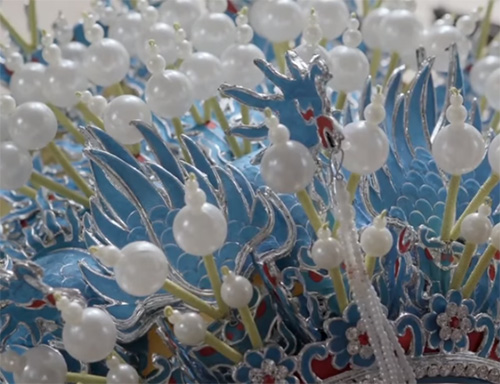 Seemingly complicated, while its light weight ensured, all parts of a kuitou can only be made from thin cardboard. Zu requires putting the cardboard on wax platforms and carving out complex paper patterns with knives.

“My instructor required me to use this knife [for cutting the parts of the headdress from cardboard] as though I were writing Chinese calligraphy, holding it upright like holding a Chinese brush”, adds Li Jizong.

Kuitous for different characters should be decorated with the pom-poms of different colors. Making use of the high temperature of the steam, Mr. Li is smoothing out the mulberry silk. A pom-pom made in this way weighs only 5 grams.

Cardboard, iron wire, silk, and satin, – these simple materials are through the deft hands of artisans, transformed into delicate kuitous. And Mr. Li’s skills can make the kuitou and the actor’s makeup come together to form a harmonious whole, a vivid character on stage. And it is to this level of perfection that Mr. Li makes his kuitou.

In the heyday of Peking Opera, there were over 500 styles of kuitou. Now, less than half of them survived. The tradition is only preserved through the hands of a handful of old craftsmen. But this craft is a part of Chinese valuable cultural heritage. And fortunately, there still are several artisans who maintain the old tradition and teach others how to produce handmade headdresses for the Chinese traditional opera.