Turkmen women traditionally wore bright skull-caps beautifully decorated with embroidery. In the past, a headdress was an obligatory part of female attire and going out without it equated losing her chastity. Today, the rules are not as strict and females are allowed to be in public bare-headed. But still, a lot of Turkmen women returned to wearing folk headdresses and do it because they like it and try to preserve their unique cultural features. Anyone who saw these cute skull-caps can understand their love for them!

Read also: Turkmen national clothing. What do they traditionally wear?

The skull-caps worn by Turkmen women are called “tahya”. They have a flat top, the shape of a truncated cone (they can be round or oval at the base), and are very colorful. Female caps are always adorned with embroidery and these patterns are traditional and very old – they haven’t changed much since centuries ago. The most popular colors used in embroidery are various shades of yellow, red, blue, green, and, of course, black and white. The patterns are usually geometric. 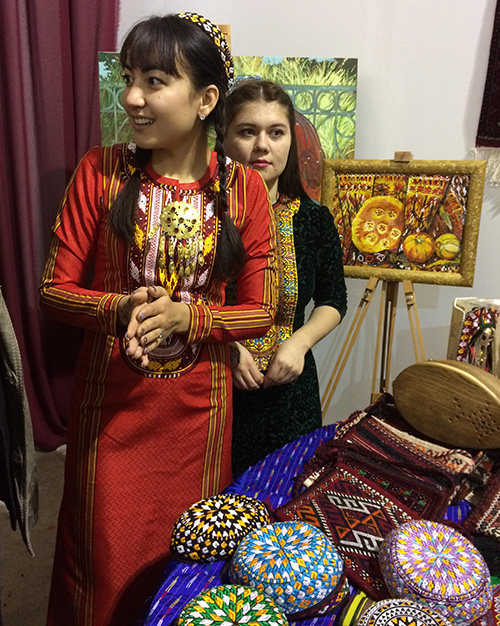 The traditional embroidery designs on tahya are meant to protect a person from the evil. So, these headdresses are considered amulets as well as clothes. In the past, people even weren’t allowed to present their skull-cap to others or throw them to the garbage. But, sure, tahya has a totally functional purpose as well – it protects the top of the head from the hot sun. Also, this headwear is used as a pretty accessory. 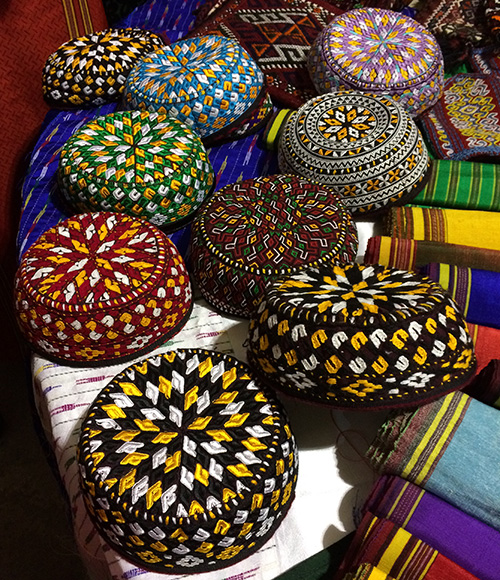 The tahya hats can be festive or day-to-day items. So, they are made from different fabrics according to the purpose – silk, velvet, wool, satin, calico, linen, etc.

In Turkmenistan, all the people traditionally wore similar caps. Babies were given a soft linen tahya a few days after they were born. Young girls and brides-to-be wore colorful tahya with multicolored embroidery and silver jewelry (for instance, pendants). Brides used very ornate tahya with lots of jewels and adornments. Married Turkmen women usually wore another traditional headdress (a high kalpak) or they could add a kerchief or veil to their tahya. And elderly women preferred white calico tahya caps. 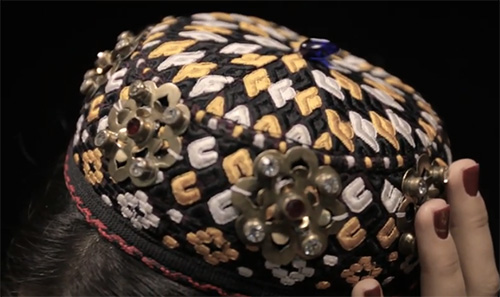 Tahja isn’t the only type of headwear in Turkmenistan but it is the most popular and well-known one. And also, it is a symbol of Turkmen folk culture and a part of their unique clothing tradition. 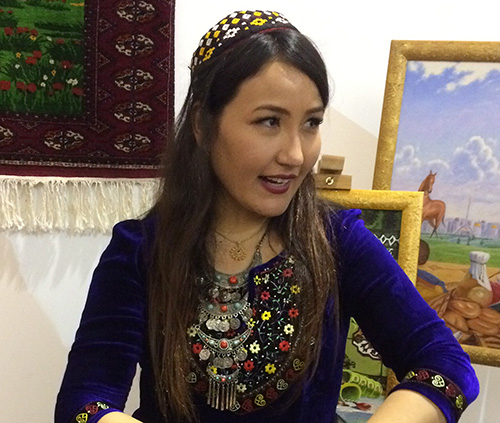 Read also: Turkmen national clothing. What do they traditionally wear?