The Laotian women’s attire is lovely and feminine. The most interesting thing about it is probably the hairdo and hair accessories, but we’ll get to this topic in future paragraphs. In this post, let’s take a look at the traditional shirt worn by Lao ladies. It is called a “suea pat” or “suea pai”, has a rather distinctive Asian design, and is used today as ceremonial wear. By the way, you can tell the ethnic origin of a woman by her suea pat, if it’s tailored properly, of course.

A Laotian suea pat or suea pai (which literally means “wrapping shirt”) is a women’s wrap-around blouse traditionally worn by ladies in Laos, Northern Thailand, and some other neighboring areas. This shirt is a part of the cultural heritage of several different ethnic groups, and each of them preserves a particular design of their suea pat, so experts can usually tell the origin of a woman by her suea pat.

The suea pat typically has long sleeves and no buttons to close the shirt in the front. Instead, there are strings. And the shirt is worn so that the right side of the front panel is wrapped over the left side. Often, this blouse has a decorative cross-collar – ethnographers say that this shows the Chinese influence on Laotian suea pat. 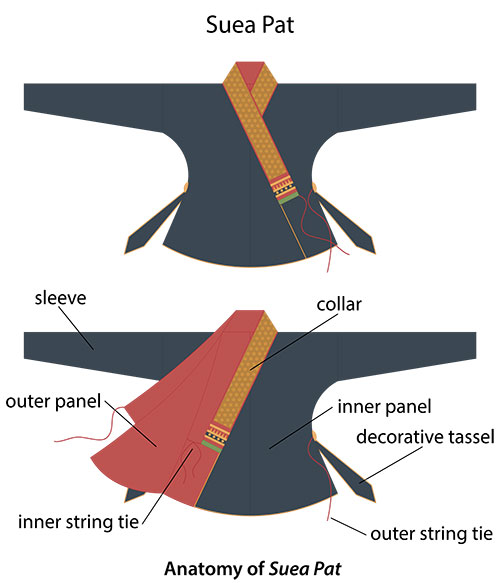 Nowadays, Lao women seldom wear a suea pat in daily life, but you can see this traditional shirt, together with other Laotian folk clothing, on them during various ceremonial events, like weddings, religious ceremonies, folklore events, traditional celebrations, and so on.

Originally, a suea pat in Laos was usually blue, tailored from indigo-dyed cotton, silk, or velvet. Although today, practically any color is good for this folk blouse. Another modern peculiarity is that contemporary suea pats may be fastened with buttons or other modern fasteners instead of the traditional strings.

Even though fashion is ever-changing and modern Laotian suea pats differ from vintage ones, these lovely blouses still look beautiful and charming. 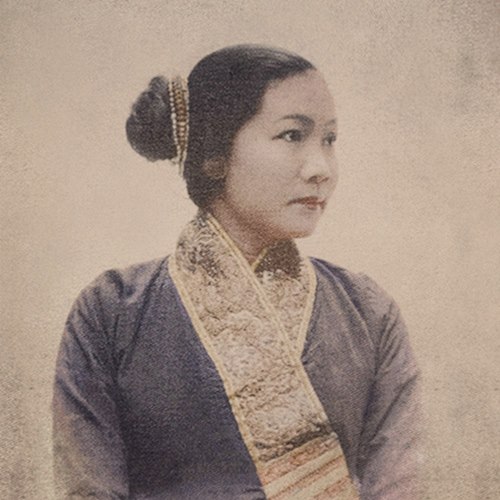