Algerian folk clothing from different regions of the country

The traditional dress of Algeria is beautiful and diverse. This is a large country, that’s why the folk costumes of various parts of it can differ a lot. In this material, we’d like to show you the traditional outfits typical for Algiers, Tlemcen and Constantine regions, Berber and Touareg ethnic clothing. Did you know that in some parts of Algeria, veils are worn by men rather than women, unlike in any other countries of the Arab World? That’s right. Algeria still has a lot of clothing customs that can surprise you.

Here are a few old photos and pictures of Algerian traditional costumes from the 19th century. They depict local men and women in folk outfits. 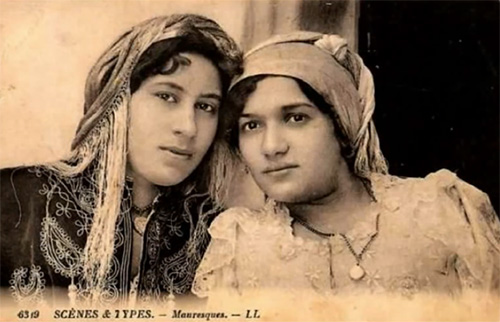 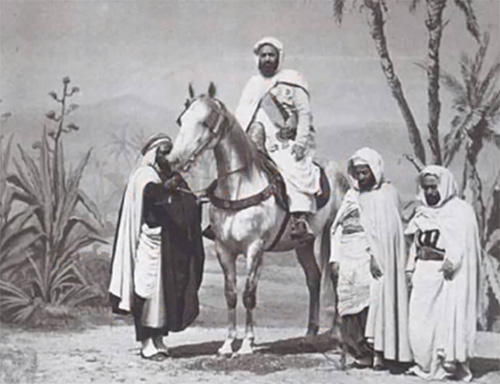 Prince Abdelkader (Emir Abdelkader or Abdelkader El Djezairi), famous local leader and founder of modern Algeria. The photo was made appr. in the mid-19th century 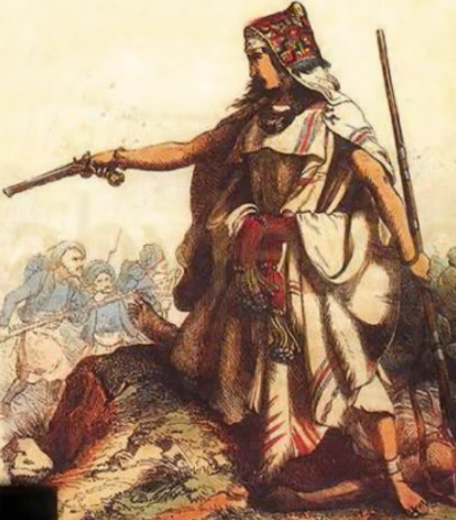 Lalla (Lady) Fatma Nsoumer (mid-19th century), military leader and figure of the Algerian resistance movement against France. This woman even got a title “lalla”, reserved only for females of high rank who were worshiped as saint 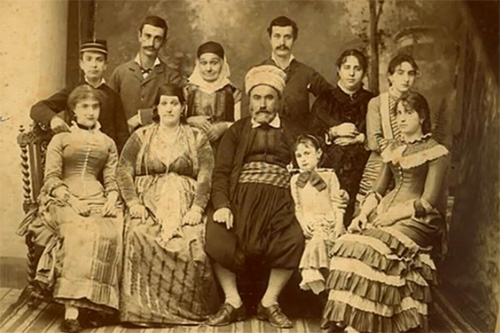 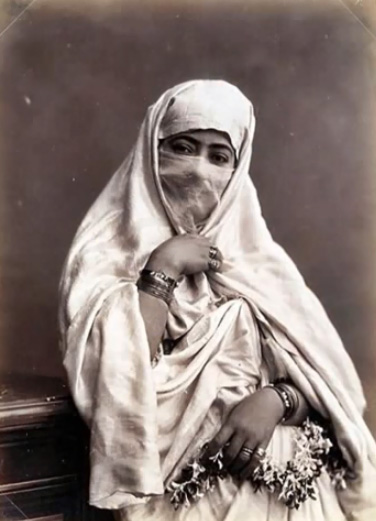 In this area, the most typical and widespread garment is called “karakou”. A karakou is the traditional Algerian piece, a velvet jacket embellished with gold embroidery. It is an upper part of a set that consists of a karakou and seroual trousers (or a long skirt for a modern set). Originally, this garment was a part of Algerian bridal attire, but today, it is also worn as a festive or even day-to-day article of clothing by some local women. The karakou is always richly decorated and looks ornate. 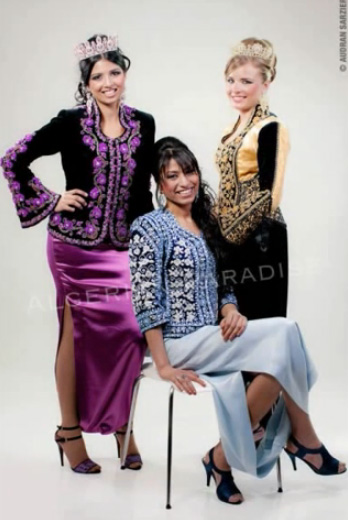 This region is characterized by Berber traditional clothing. There is a large population of Berbers or Amazighs in this part of the country. So, the typical attire of Central and Eastern Algeria are colorful, skillfully-made costumes with magnificent Berber jewelry. 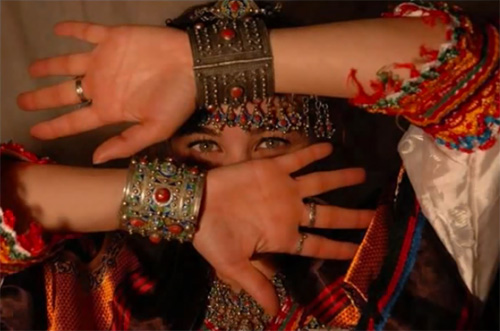 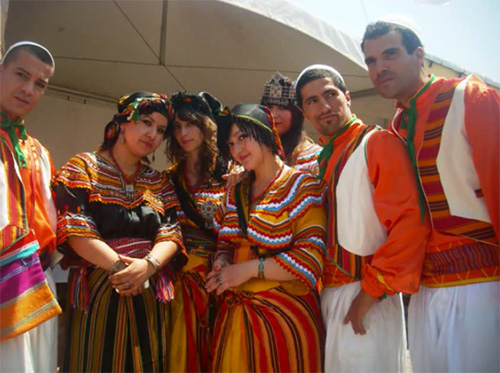 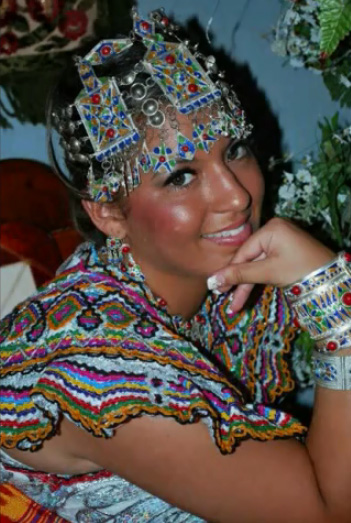 The traditional attire of this area is called “chedda” or “Labsat al Aftan” (means “caftan dress”). It is an extremely ornate and bejeweled female costume. This outfit is often worn by Algerian brides. The fabric is adorned with lots of pearls, gold, gems, etc. Of course, these jewelry pieces are rather expensive and are often passed by women through generations. A bride dressed in chedda is really a sight to behold. 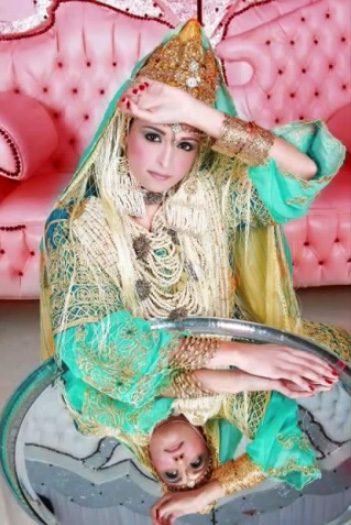 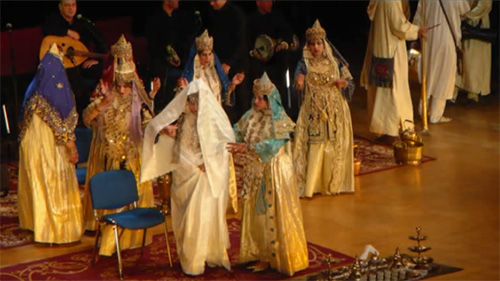 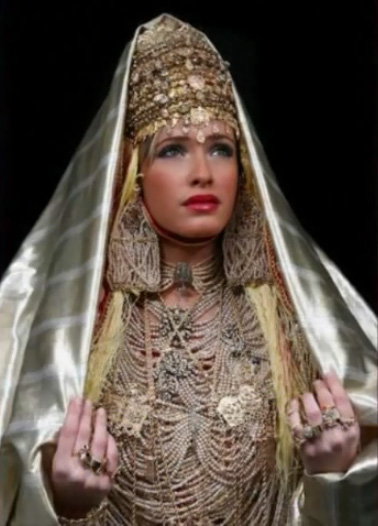 The folk dress of this region is called “jebba fergani”. It is a traditional Algerian long dress made from thick velvet and adorned with embroidery. The color of the dress is originally burgundy or black with gold or goldish embroidery, though today, other colors of fabric are used as well. 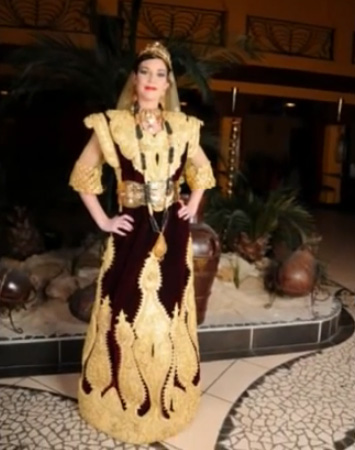 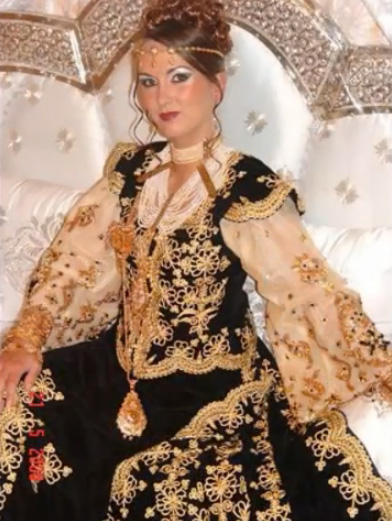 The design of this attire dates back to the 3rd millennium B.C. – one of the oldest Algerian garments. The embroideries on jebba fergani are works of art and are considered a part of the local cultural heritage. 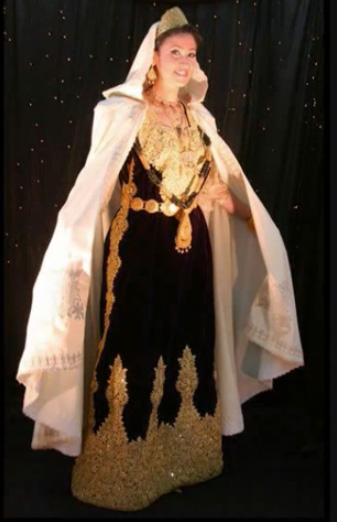 A large ethnic group in Algeria (and also Libya, Niger, Mali, and Burkina Faso) are Touareg people. Their folk costume is different from other Algerian traditional outfits. For instance, Touareg women don’t wear veils – the men do. The most well-known garment of this ethnic group is called “tagelmust” (or “cheich” or “cheche”). It is an indigo-colored headdress consisted of a turban and a veil. 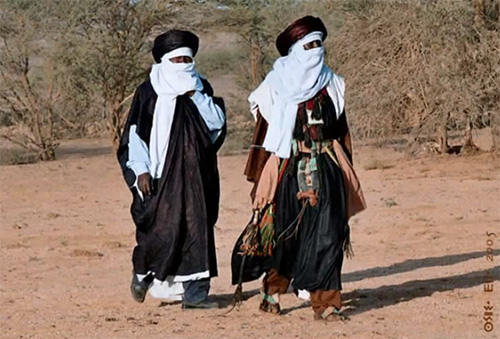 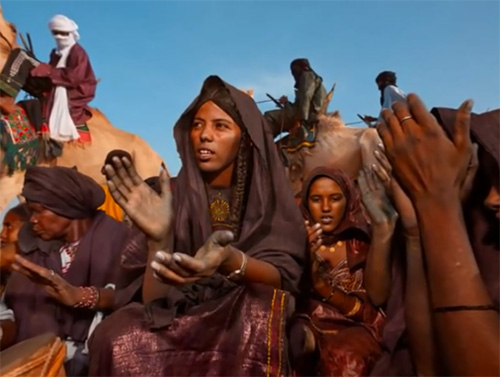