After Black Panther movie, the demand on African folk clothes in US got 50-80% increase

The Hollywood movies often play an important role in the popularizing… just about anything, from cars to gadgets, from clothing and accessories to hairdos and makeup. Lately, we got a great example of such influence: the movie Black Panther, released in 2018, caused a real boom for folk clothing business in the US. The small stores that sell traditional African outfits and accessories received a 70-80% increase in foot traffic. And all because people buy African-style clothes to create the atmosphere for movie watching parties.

The record-breaking Black Panther movie is causing a boom for small businesses in Metro Atlanta selling African clothing. Business owners are telling the journalist that a high tide lifts all ships.

Business is booming at the Cultural Acc’nts store at Little Five Points and the Dupsie’s store in Smyrna so much that they've adjusted their hours of operation.

James from Dupsie’s says he was blindsided. Never could have predicted a movie would boost his business so rapidly. All because moviegoers are choosing to dress up in traditional clothes to watch the film.

“I wish I'd known about it earlier. I could have planned better for it”, says James from Dupsie’s store. 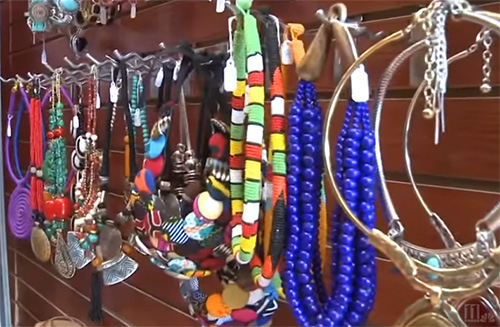 “Now we’re open from 8:30 to whenever”, says the saleswoman from Cultural Acc’nts.

Store owners say typically during Black History Month they see an increase in sales, but the release of the Black Panther brought in an unexpected crowd. 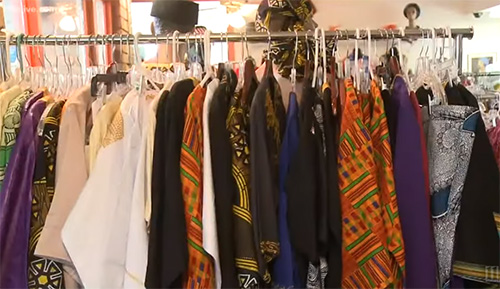 “It's so beautiful to see everybody coming together, united, to celebrate the culture”, comments the saleswoman from Cultural Acc’nts.

In the midst of the celebration for the African culture, a local historian says this phenomenon should lead to a conversation about the rich history of Africa: “It also allows for us to discuss the plight of African-descended people in the world today and how it is that we can organize”.

Shoppers say the movie gave them perspective, helped them be more in touch with their African-American heritage.

The stores are hoping the appreciation continues for the obvious reason and for awareness. That’s such a good example of how the folk culture can develop and gain popularity successfully even in the modern world. A business that sells traditional clothing can be super profitable today.