The sacred meanings of African clothing. Who should wear African folk garments?

Africa is an astounding continent, with unique traditions, beliefs, and culture. There are so many different ethnic groups in Africa, who continue to keep and estimate their cultural identity throughout ages. Even in the 21st century, many African folk costumes or garments are still in use by the locals. Of course, a lot of people from other parts of the world like and often buy the traditional outfits from Africa. And that’s alright – it helps to grow African economy and fight the poverty. But there is a question, if foreigners should wear folk African costumes, not knowing what they mean or symbolize.

Many people think that Africa and its people are homogeneous. While they may share many similarities, they are not exactly homogeneous. In fact, there are many cultures and subcultures in Africa. First, Africa is a continent made of many countries. The African Union recognizes 54 countries. These countries vary in so many ways that is virtually impossible to put them all together in one description. Many times, people who take a cursory look at Africa, tend to think they can apply what they learn about one region, country, community to the entire continent. This approach leads many people in a direction that is incompatible with the true essence of Africa, Africans, and their way of life. 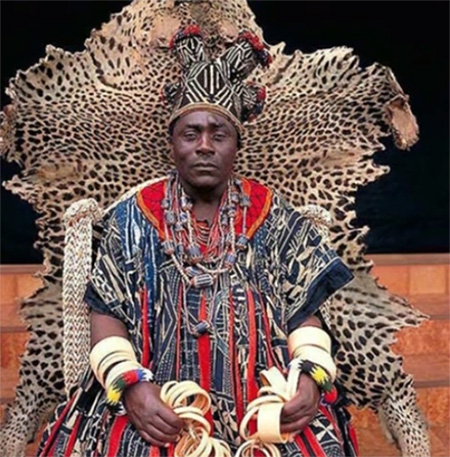 The African continent contains communities that are very industrialized to communities that still live isolated from the world. There are innumerable languages and dialects, there are innumerable lifestyles, religious practices, and cultures. Depending on the region, climate, and weather, there are festivals that acknowledge the harvest, the weather changes, and various other customs that signify the Africans awareness of their environment and their connection to it.

We see a variety of headwear or coverings that bespeak a continent of diverse customs and styles. The customs vary and may demonstrate the various stations in life of the individual who is wearing them. For example, a married man or woman may wear their hair covering in a certain way, so the community knows that they are married. The same is true with those who are unmarried or single. The headwear symbolizes the complete look. In other words, you are not completely dressed until you have placed a crown upon your head. 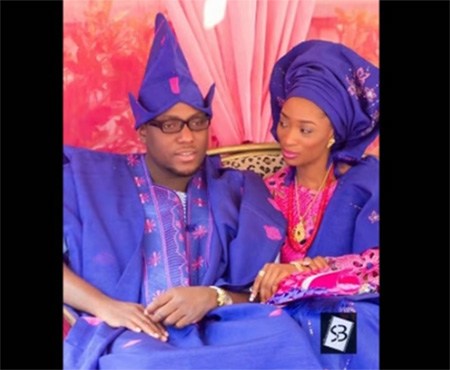 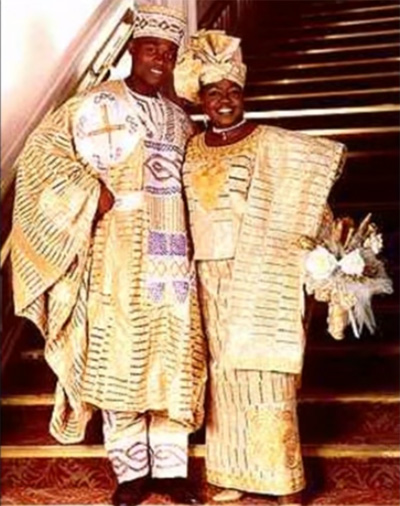 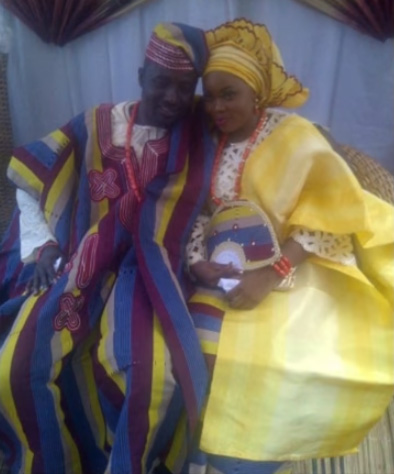 Special occasions, festivals, and the like will have the attendees wearing a variety of headwear from simple to extravagant. In fact, in Ghana, West Africa, as well as in Nigeria, a single woman will not wear an overgarment or apron while the married or elder women will do so.

When indigenous Africans see their cultural garments worn by those who are not indigenous, they make certain assumptions about the wearer. It is only natural that seeing someone wearing your cultural garments in a manner that would be inappropriate within the confines of your culture, community, or village would garner a certain aversion from the observer and, in some cases, the observer may even attempt to explain the appropriate manner and occasion when such garments should or should not be worn, or simply they may shake their heads at the ignorance of the wearer. Some may even go so far as to be offended. 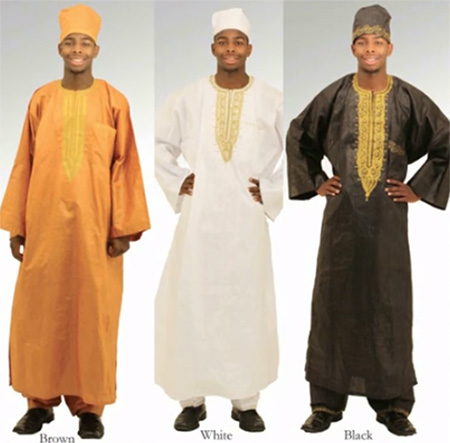 Recently, there was a huge outcry about men wearing skirts or dresses. It was seeing through the Western lens that these garments were mainly worn by women. However, if you go back into human history and take a look at the clothing styles worn by men, you will find that men have been wearing what appeared to be skirts or dresses for quite some time. The pants as a style strictly for men was introduced over the past few centuries, while something wrapped around the waist of a man was more often seen.

In Africa, the idea of using a pattern also was outside of the norm. That is a pattern that would help you determine how to put the garment together. Men and women sewed and were all considered tailors. In fact, it is quite common to see men sewing, particularly when it comes to the patterns of embroidery that are seen accenting many African prints. It takes a very special skill to create these beautiful freehand patterns of embroidery. 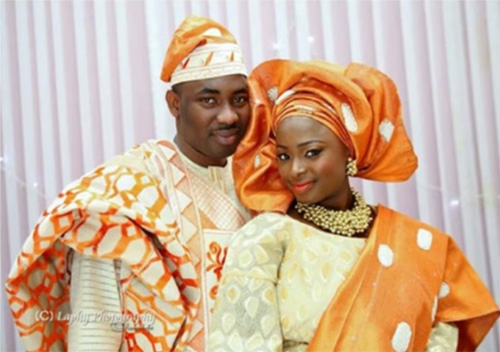 The advancement of Islamic or Arabic culture into the African continent has its impact as well in the style of dress and headwear for the men and the women. Interestingly enough, the particular style that is and was worn by the Islamists has much to do with the climate and environment. Face coverings, in particular, have been worn by many desert dwellers who are covering their faces to guard against the hot sun and sand. Over time, this style became equated with Islamic garb, when, in fact, it is more the garb of a desert dweller or a nomadic person. Huge debates have been waged as to what is and what is not Islamic garb and how and who should wear what. But further study and research will bring to mind that much of what is worn by our people is indigenous to their surroundings and environment, and not necessarily due to their religion. 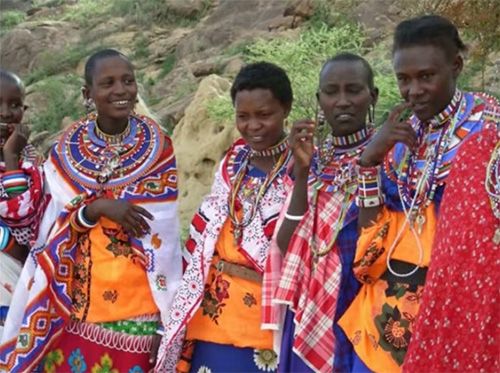 Do not be confused by this. There are many people who are Islamic and are quite comfortable wearing Islamic garb in any environment. The Arabic style has become the Islamic style and many will find no difficulty donning these garments proudly with great reverence. To them, it represents what they stand for and has a unifying effect on those who call themselves “followers of the Islamic faith”, along with being of African descent.

So, the conclusion is, try not to use folk costumes that are foreign to you. Or at least, when you’re wearing the traditional clothes of other country, find out the rules and customs that you should observe. Otherwise, you might look ridiculous and inappropriate to the people whose folk attire you use.