There’s a huge scandal in our fashion industry this year: Romanian people blamed the world famous brand Dior for copying their folk clothes in his new collection. Dior just took beautiful Romanian pieces of clothing, recreated them in modern materials, and presented them as their own pre-fall collection. When Romanians showed in media and social media their authentic garments, everybody saw that the patterns and decorations on Dior’s insanely expensive items were identical to those made in Romania centuries ago. And now, Dior’s lie is exposed. Sadly, Romanians didn’t get any money from Dior.

Romanian people notice that Dior copied their traditional clothing and they fight back.

It's not uncommon for fashion lines to come under fire occasionally for looking too much like another brand or for taking cultural elements for their designs. The fashion line under fire most recently is Dior.

When their pre-fall collection was released, it looked very similar to designs found in the small Romanian region of Bihor. There's a traditional Bihor coat that people in the region often wear. The problem is that Dior’s jacket looks very much the same. 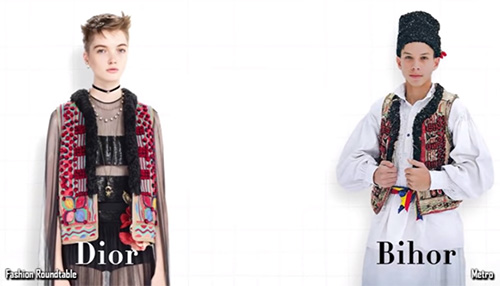 They're charging 30,000 euros for it. The people of Bihor were not given any credit or proceeds. Dior never even credited them for the inspiration of the coat. Romanian people noticed that Dior copied their traditional clothing and they decided to fight back in a genius way.

To set the record straight, Romanian fashion magazine Beau Monde launched a campaign. They recruited native Bihor craftsmen and designers to create a fashion line of their own. Dior stealing their designs is what brought Bihor Couture to life. Not only can people buy the amazing styles, they won't need to pay 30,000 euros.

They're doing this because they're very proud of their traditional clothing. They believe that their clothing distinguishes them from other cultures. This is until Dior stole their designs. 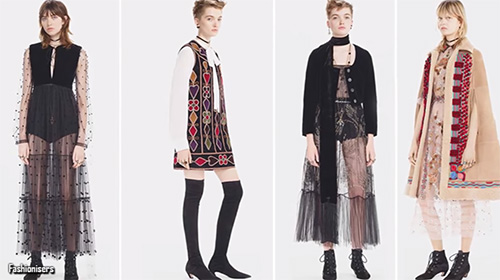 The whole problem started last year when Dior presented their pre-fall collection. The people from the small Romanian region realized that many of Dior’s clothing was much similar to their own. There's a traditional Bihor jacket, and they have many bright colors and designs. Dior’s line had many of the same colors and the same patterns. When the people looked at the photos from the fashion show, they were outraged. The similarities between Dior's clothing and their own traditional garments were strikingly similar. The people of Bihor were angry not only because they weren't getting any money for the designs, but they also weren't getting any recognition for the designs.

At first, they didn't know what to do about the problem. They were just a region in Romania that many people had never even heard of. Since Dior was an internationally recognized brand, the people of Bihor realized that they didn't really have much of a leg to stand on.

They needed to find a way to fight back against the brand and let people know that these designs were theirs and that they were not designed by Dior. After some thinking and plotting, they realized that they could use the Romanian fashion magazine Beau Monde to launch their strike. Not only did they get some space in the magazine, they got designers together to create a new fashion line called “Bihor Couture”. On the cover of the magazine was a Romanian woman wearing the traditional clothes. The caption on the picture read: “Don't let traditions go out of stock. Support the fashion from Bihor and buy authentic creations from Bihorcouture.com”. They thought that this was the best way to call Dior out on their deception. 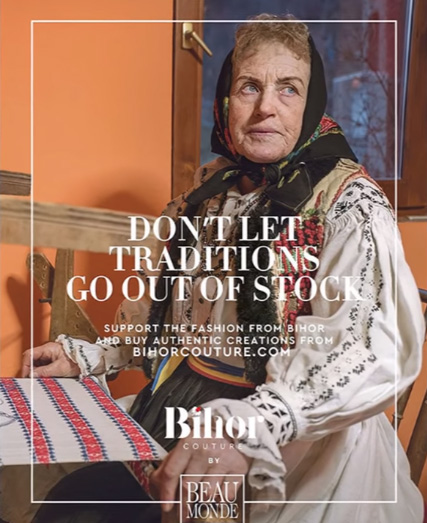 This allowed people to buy traditional Bihor clothing for a much cheaper price than Dior was selling their ripoff designs for.

When the clothing line was introduced and the reason for it, people were outraged with Dior. When the story went viral on Facebook, the comments started pouring in and they were all in favor of the Bihor clothing line. Many of the people were also outraged by Dior's behavior. One person commented, “I'm mad… They don't have any ideas nowadays at all!!! They don't respect and know the culture, they just steal it. This is a tradition, not fashion. Dior, huh?Pfff”.

A third person said, “At least 0.05% from Dior income must go to some Romanian museum. This is really almost a copy and paste situation”. 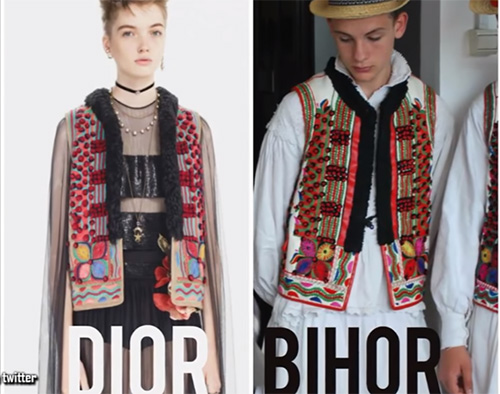 For years, designers have been ripping off styles from cultures all over the world. Just because these are big companies with fancy offices and expensive lawyers, it doesn't mean that they can exploit traditions that have been around for centuries. When these things happen, the cultures that are ripped off don't usually do much about it. They know that they are the little guy and they don't think that they can stand up to the big guy.

Fortunately, Bihor wasn't going to stand for it. They realized that it was finally time to stand up to the big guy and let them know exactly what was going on. Thanks to social media, the news of Dior's deception went viral. The people of Bihor were finally getting the recognition that they deserved. Sadly, they were not entitled to a portion of the proceeds but they did get the recognition.

One Facebook user’s comment has said it all, “Let's call it what it is: stealing. The social justice lingo is exhausting, cultural appropriation, misappropriation, every day they invent a new word. This is an expensive piece of clothing with the label Dior that has zero Dior inspiration. Go get them, they deserve to be exposed”. 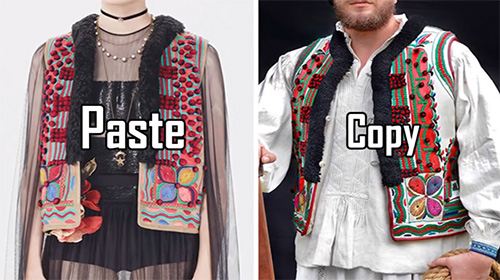 The Facebook user’s wish came true. Because since that post went viral, Dior was exposed, the people of Bihor are finally being credited for their cultural wear and their hard work. Maybe this will be a lesson to the big fashion companies: stop stealing from different cultures and come up with designs on your own.

The best part of the story is where Bihor’s fashion critics discuss Dior's clothing. They said that Dior basically copied and pasted their traditional garb and put a huge price on it. This causes traditions to die. In order to save the authenticity, Bihor’s creating their own line. And they also had more criticism about Dior's clothing. They said the models were wearing the wrong shoes and that the quality of the clothing was poor. They also said that if you want to buy the original, you'll easily see the difference.