Traditional clothing of sans-culottes. How was it different from usual 18th-century French clothes?

Sometimes, clothing plays a very important role in our life. And we’re not talking about being a fashionista or icon of style, we’re talking about historical non-military uniforms that helped people identify their fellow members from enemies. A good example of such usage of clothes are the sans-culottes movement in 18th-century France. Their style, garments, accessories, color palette, and other features of their outfits determine their unity and ideas. You could just take one look and know for sure who is the person in front of you.

Who were the sans-culottes? They were the working-class revolutionaries of the French Revolution, who opposed to aristocracy and nobility. And their name is closely connected to their outfit. They were called “les sans culottes” because it literally means “without breeches”. They wore long, ankle-length trousers of the working class and not those cute little breeches worn by the aristocracy. 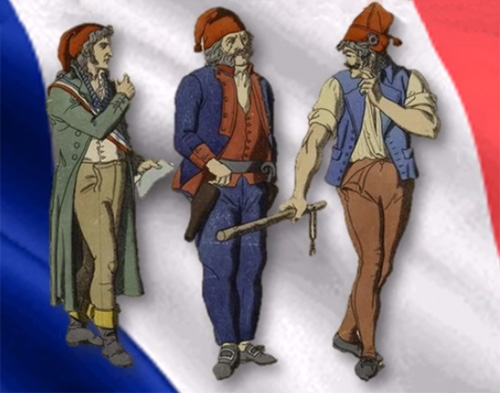 The sans-culottes used fashion to group themselves together, help them identify each other, and to create a sort of civilian uniform.

Their emblem, of course, was the tricolor. Here is a little rosette with the red, white, and blue, which would become the French flag eventually. 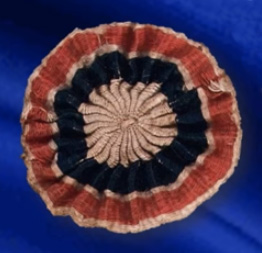 Also, check these out! These have survived since the 18th century. It is a pair of wooden mules with the tricolor. 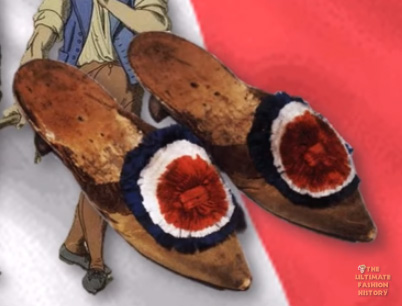 Another item that we associate with the sans-culottes is this – the bonnet rouge.

Sans-culottes often wore striped clothes. Cream or white&red stripes. And this is interesting because stripes were actually associated with the aristocrats. Stripes were a big fashion craze of the 18th century amongst the aristocracy. They were known as “peking stripes” and they were an absolute fashion fad. That’s why it is curious to see the sans-culottes appropriating stripes into their own little uniform.

There was a jacket that was associated with the sans-culottes as well. It was called “Carmagnole”. Ladies would wear the Carmagnole as well as men, so this is one of the first instances we see of women wearing menswear. 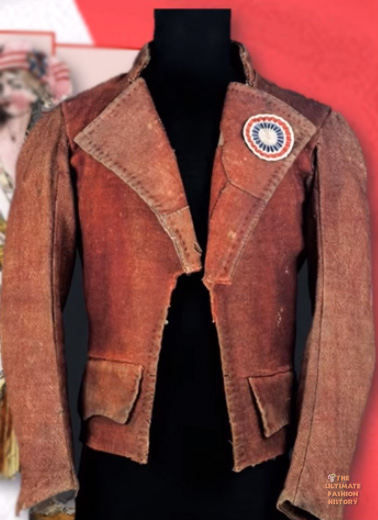 Although the sans-culottes were not a militia, they used clothing very deliberately to identify themselves as a group – a group that stood up for their rights.