Folk embroidery and paper-cutting in Poland. Comparison of Polish and Chinese handicrafts

Have you ever seen Polish paper-cutting or embroidery? These handicrafts are among the main folk crafts of Poland. The patterns are traditionally Slavic and very pretty; the most popular are floral patterns. Polish artisans organized the exhibition of their handcrafts in China. They compared their traditional embroidery and paper-cutting designs with the Chinese ones. Surprisingly, there are many similar features.

Polish artisans got their traditional handicraft skill from their mothers and grandmothers since an early age. In Central Poland where they grew up, the traditional Polish handicrafts are well developed. And their works are of typical Central Polish style.

“This is my favorite piece, it is a belt. I like to wear it when I go out, I have a purse to match with it. I also like my earrings, I also wear them when I go out – not for my folk costume, but just a normal day”, says Anna Staniszewska, Polish folk artist.

“The rooster is a very good symbol, and it’s traditionally Polish. It symbolizes wealth, wisdom, and fertility. It’s very important for us. If we give it to someone, it brings him all these to his future”, says Grazyna Gladka, Polish folk artist.

Similarities and differences in Polish and Chinese craft

After they met two Chinese craftswomen who are doing traditional Chinese embroidery and paper-cutting, they found something new. 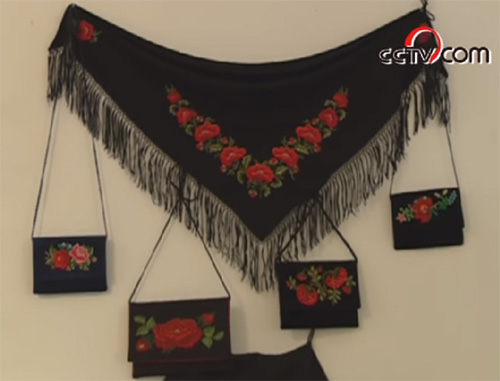 “We use either threads or beads in Polish embroidery. And I see lots of similarities in Chinese embroidery, like the pattern that we use, like flowers especially rose and other flowers. And the design is also quite similar. The difference may be the use of embroidery. We do embroidery for clothing, but Chinese also do it for shoe-pads. We do embroidery on shoes, but never on shoe-pads”, comments Anna Staniszewska. 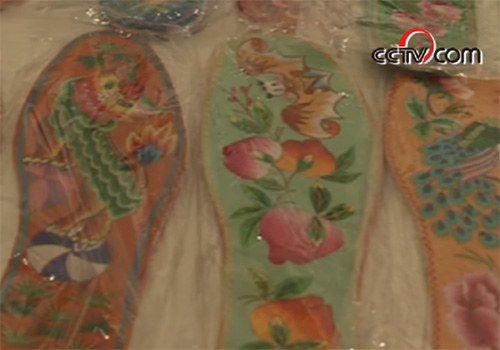 “First difference is that we use different kinds of scissors. They (Chinese artists) use very small ones and we use ones which can clip the fleece. Another difference is the color. Chinese paper-cutting usually is one color – red. And in the region I come from, we use different colored paper to design. I also notice there are some similarities. We both like the pattern of rooster”, adds Grazyna Gladka. 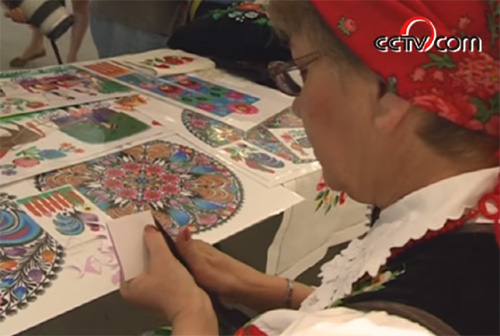 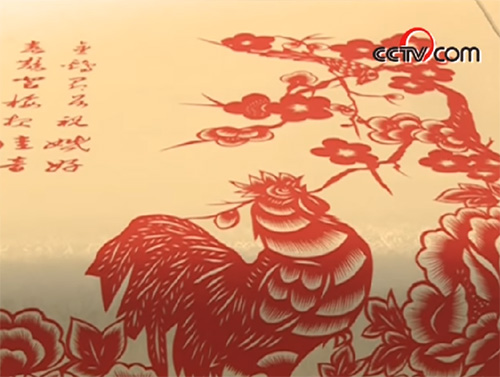 The similarities shared between craftswomen in both Poland and China are not merely underdesign but it’s also their concerns on the inheritance of traditional handicraft skill.

“We do worry about Polish folk art, because right now young people don’t have time to do it, and they don’t have too much interest in it. But we get a lot of support from the local government, which organizes workshops for us to show and teach young people to do traditional paper-cutting, and some of them may even come and stay in our town to learn the art of paper-cutting. And I convinced my daughter to learn it, she’s now a really good paper-cutter and has her own workshop as well. I hope the next generation will know paper-cutting and do what I do. I think we owe our ancestors to continue this tradition”, narrates Grazyna Gladka. 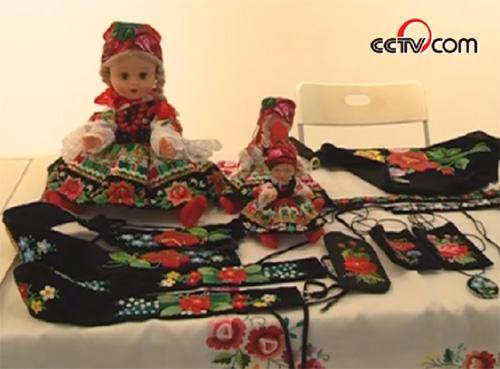 Though selling the handcrafts is not enough for them to earn a living, they hold a positive attitude about what they’re doing.

“I wouldn’t be here now if it wasn’t for paper-cutting. I visited a lot of countries, including China, just because of what I do”, says Anna Staniszewska.