Geographically, Sweden is one of the Scandinavian countries, so its national costumes have a lot of features in common with neighboring Norway, Denmark, etc. But there is a number of differences that make Swedish folk outfits unique. We’ll tell you about some of them in this material. Discover the beauty of folk dress in Sweden with us. Let’s look at these top-5 curious facts about Swedish traditional clothing.

Swedish folk costumes are so diverse – there are 840 different variations (550 female folk outfits and 290 male ones). Some of them have a rather long history, dating back from the 17th-19th century, others are more modern – from the early to mid 20th century. 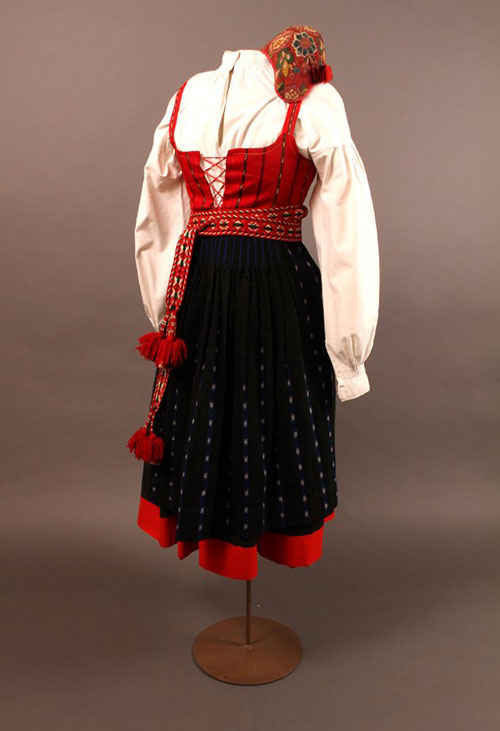 The costumes vary by the region of origin, gender, occasion, marital and social status, etc. Of course, each region had its own everyday and festive outfits, wedding attire, ceremonial clothing, and so on.

Despite a great variation in cut, design, and decorations of clothes, there are some features that are common for most of the Swedish regions. For example, very often, you’d see a Swedish folk costume in a blue & yellow color palette – these are colors of the Swedish national flag, so they’re traditional for this country. This is the official Swedish folk dress worn by the royals and a lot of ordinary people. 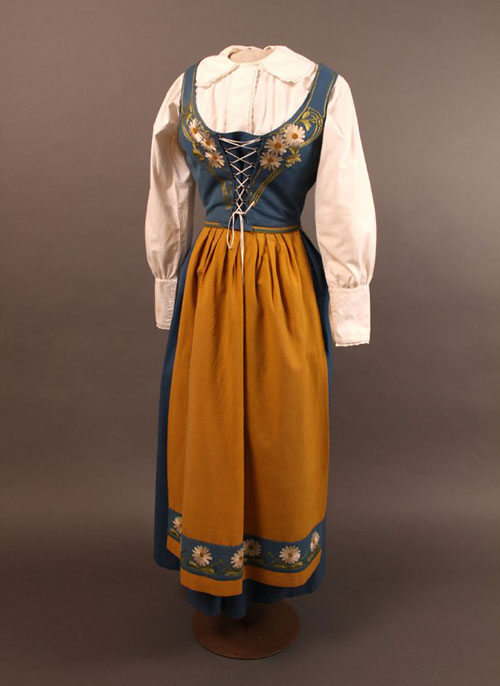 Another typically Swedish feature is a daisy symbol. Daisy patterns occur in Swedish embroidery, prints, jewelry, etc. This flower is symbolic for Sweden.

In general, Swedish folk costumes were made from wool in the past. This fabric is warm and durable, perfect for the local cold climate. As wool is rather complicated in dyeing, most of the costumes were dark because it’s hard to dye the fabric in bright colors evenly. The underwear and shirts were not dyed at all for obvious reasons, so they’re white.

Swedish female headdress is the accessory that catches the eye the most. There is a wide variety of headpieces for different occasions and regions. From bonnets to kerchiefs to wimples to crowns to headpieces of a really odd shape. It’s always fun to look through the local folk headdresses, compare them, and try to guess their origin and purpose. 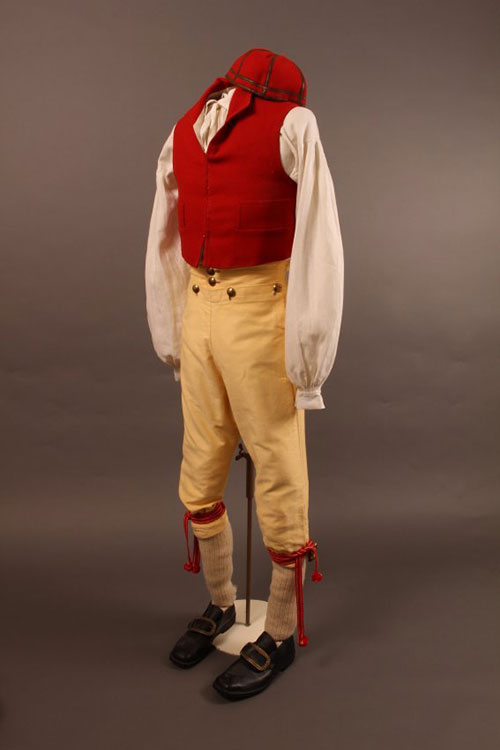 The comeback of Swedish folk dress happened in the 1970s

In the early 20th century, Swedish people still continued to use their traditional clothing in daily life and for special occasions, despite the appearance of manufactured clothes. But around World War II, they gave up wearing these beautiful costumes. By the way, a similar situation we find in many other European countries, including Poland, Ukraine, Romania, and others. That war influenced the life of many countries severely. Only in the 1970s, Swedish people started to make and wear authentic costumes again and recover the knowledge about them. Luckily, they haven’t lost their heritage clothing.