Swedish national attire, worn by the local women, always included some kind of a headdress. Traditionally, there was a huge variety of headpieces, depending on the region, social class and status, financial capability, occasion, and so on. But one of the most favored headdresses of Swedish married women was a crisp white linen bonnet – a lovely accessory that made women look elegant and festive. Though, in modern times, it reminds us a lot of a nurse’s or nun’s outfit.

These simple but very cute and elegant-looking bonnets were made from linen and adorned with lace or/and embroidery. The shapes and designs could be various – from rather typical round bonnets to triangular, bow-shaped, and so on. They were held in place with ties or gathering at the back, etc.

Of course, Swedish people wore a lot of different headdresses. And while we often see married women in crisp white bonnets, younger girls and children wore very bright and colorful coifs, bonnets, and caps. Also, the style and color palette of a headpiece depended on the area, tradition, social class, marital status, and other factors. Though, white linen bonnets look as eye-catching and sophisticated as multicolored headwear. They have a certain charm about them.

Some samples of Swedish white bonnets appear more ordinary – they’re made for daily use. Others are rather ornate and skillfully created – with lovely lace border or inserts, embroidered patterns, and such embellishments as decorative bows, etc. Some bonnets are small and tightly cover the hair, others are comparatively large and starched.

These bonnets served both for convenience and beauty. They covered the hair and kept it out of the way while the woman was working, doing some chores, walking, etc. Also, they were a cute accessory worn during holidays and celebrations.

Here are a few examples of Swedish authentic white bonnets. All of them are from The American Swedish Institute. 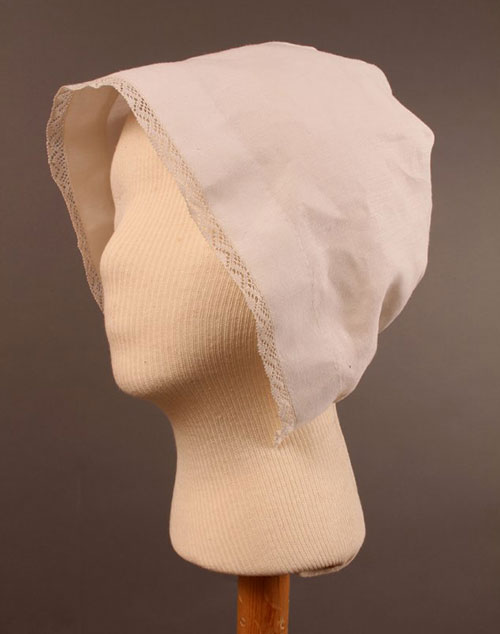 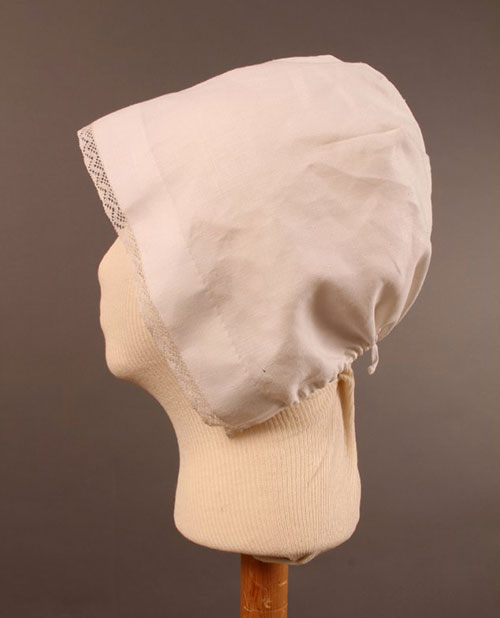 White bonnet called “huvudbonad” with lace, embroidery, and a bow in the front 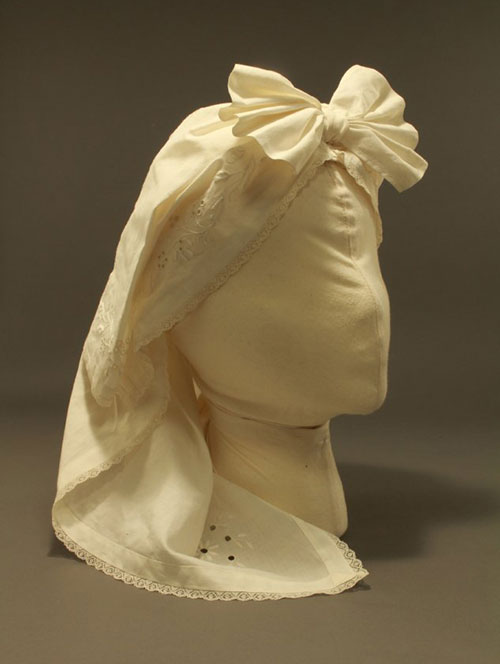 White cotton bonnet called “huvudbonad” with a stiff wide headband. It has a bobbin lace panel and a pleated bow in the front 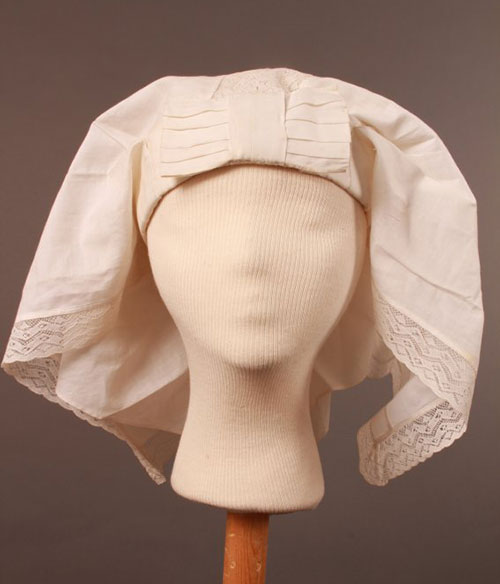 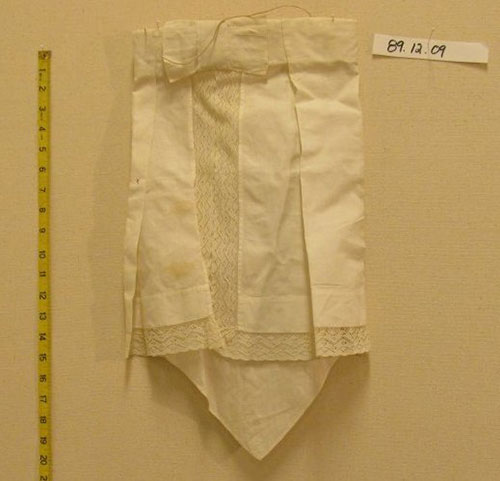 White linen bonnet called “huvudbonad” with wide, lace-trimmed brim folded up across front. It has a red ribbon tie at the nape 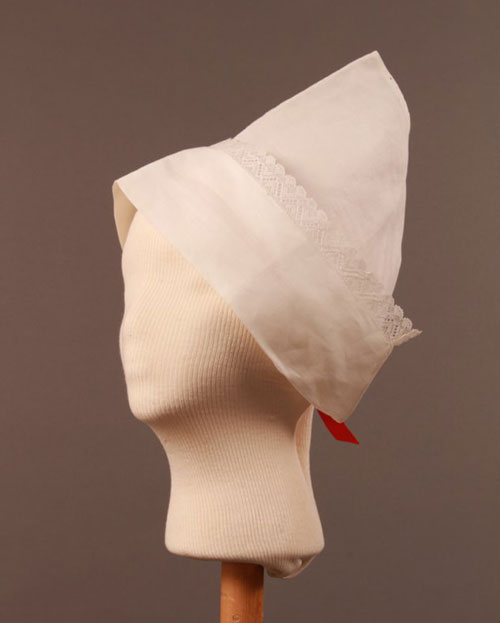