A lot of countries and ethnic groups around the world work hard to preserve their clothing traditions. In the latest years, it has become fashionable to make modern replicas of authentic garments, very close to the original look. But Koreans chose another path – they modify their traditions to the modern fashion, add contemporary accents and features to the authentic garments. So, Korean folk dress didn’t freeze in time but continued to develop and change year after year. It helped Korean national costume to remain in use, while many other ethnic garments are left only in museum collections.

Let’s have a glance at the history of Korean traditional attire and observe how it changed during the last 200 years.

First of all, the folk costume of Korea is called “hanbok”, both male and female. The men’s attire consists of loose trousers called “baji” and an upper garment (kind of a blouse or inner jacket) called “jeogori”. The women’s costume consists of a long and wide skirt called “chima” and a short jacket called “jeogori”. Of course, there are also undergarments and outerwear, but these are the main pieces of Korean outfit. 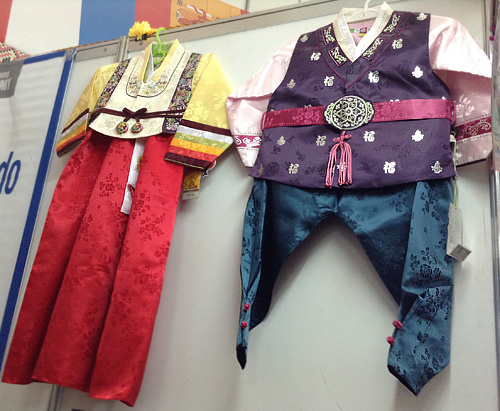 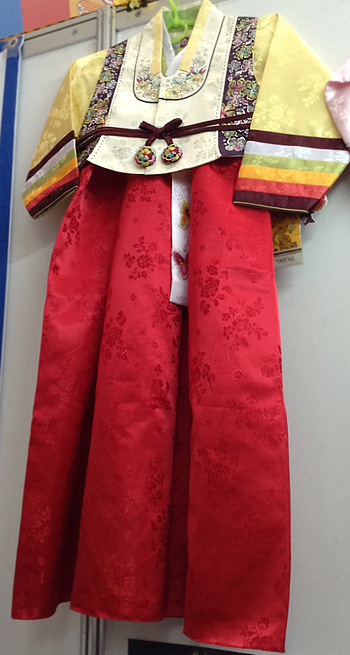 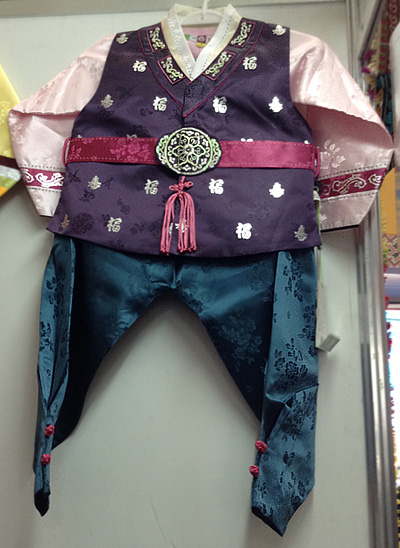 These garments are traditionally made from light and thin fabrics, like silk or cotton. And often, they are embellished with patterns and prints, embroidery, and other decorations, especially the festive, bridal, and ceremonial clothing articles. By the way, Koreans use only folk clothing as ceremonial garments, no modern clothes can be worn for a ceremonial purpose.

In the late 18th – 19th century, Korean male clothing was light-colored (beige, light-blue, green, etc.), multilayered (3-5 layers of clothes), made mostly from silk and cotton, and had a rectangular piece of fabric in contrasting color on the chest. This was iconic. But later, this design changed.

Wealthy people wore only silk garments, embroidered with gold thread and adorned with drawings in gold dye. Also, their costume was embellished with ribbons. The men’s clothing often had a black border to accentuate the shape and design. The yellow-orange-gold color palette (of fabric) was used only by the imperial family.

The female attire in the same time period was less colorful than the male one. Women wore garments in pale and gentle colors. They wore thin trousers under their long skirts. And the silhouette of their attire was empire. The women’s costume was multilayered and light as well.

Women already had large wigs and plenty of hair accessories in use in the 19th century. They complimented their look with colorful ribbons, added them to their hairdos and their clothes.

Later on, the female outfit became brighter, with richer colors, more jewels and accessories, etc. It became eye-catching instead of the 19th-century gentle garments.

Korean traditional clothing in the 1900s

In the 1900s, particularly after World War II, the features of Korean folk dress changed a lot.

During the 20th century, male fashionable hanbok became darker (navy blue, gray, brown, burgundy colors were popular, but not only these). Brighter colors were used as well.

Originally, Korean folk clothing didn’t use the fabric in gray color. But modern fashion designers added this color to the color palette available.

The gentle colors of female costumes were gradually replaced by bright and vibrant colors.

Also, it became trendy to use bright accents with paler and calmer colors in clothing. For instance, the lipstick color had to match the ribbons on a hanbok. Women often used 3 matching in color points – lipstick, hanbok ribbon, and hair accessory. They could be red, pink, burgundy, or any other shade that stands out.

The traditional makeup was made according to the same scheme – bright lips, eyes, and eyebrows stood out on the white face. By the way, Korean women wore up to 7 layers of whitener to mask all the imperfections and even out the color.

With time, colorful ribbons, which have been popular for centuries, were moved to the sleeves. Since the 20th century, Korean wedding hanbok has rainbow sleeves, brightly adorned with ribbons. Besides, the bridal attire is traditionally made in red, the color that is believed to bring good luck and wealth.

In the 1980s-90s, both men and women started to use more adornments, more ornamentation. Korean females added more jewelry, including hair jewels.

Korean folk outfit in the 2000s

Modern Korean costumes are very bright, adorned with a lot of decorations. Also, modern designers work hard to bring the national costume up to date, but the main features (like the number of garments or their cut and silhouette) remain the same. Today, hanboks are made from modern fabrics, embellished with contemporary decorations, etc. And it is considered totally normal and natural that the traditional attire changes along with everything else in Korea. 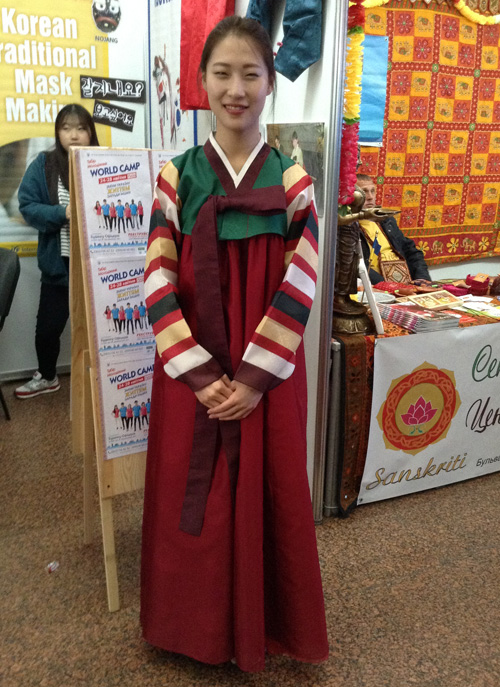 Another interesting thing about such clothes is that male costumes can easily be produced from very light, transparent fabrics – but due to several layers of clothing, everything looks decent. The men’s folk dress can also be decorated with floral patterns and they aren’t considered feminine because nature doesn’t have a gender. So, men have as many rights to use flowers on clothes as women.

The folk costumes in Korea never went out of fashion. Even in the 21st century, practically every Korean man, woman, or child has one. Kids are presented with their own national outfit when they’re 1 year old. There are even burial clothing made in the traditional style. 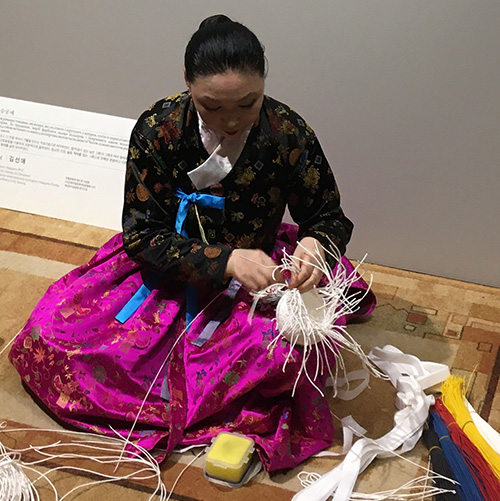 Korean fashion designers these days work with folk costumes all the time. Every year, fashion shows are organized to present the latest trends and improvements to traditional attire. And ordinary people always keep tabs on these shows and often buy new designer folk outfits that they’ve seen on the fashion runways. This is a great example of how traditional clothes can become a part of contemporary fashion. 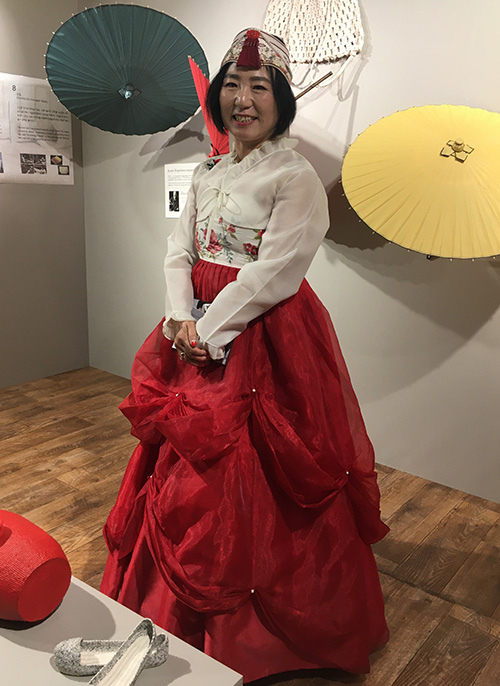 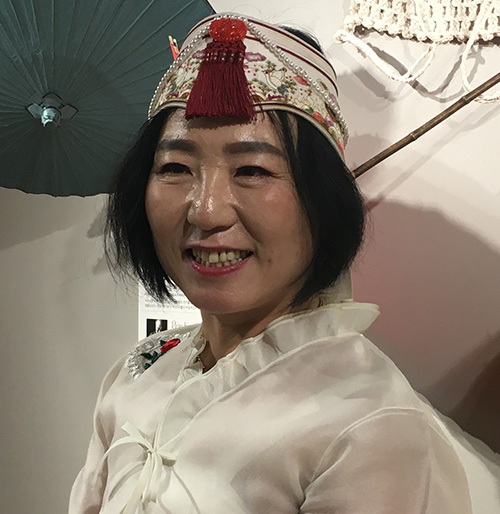 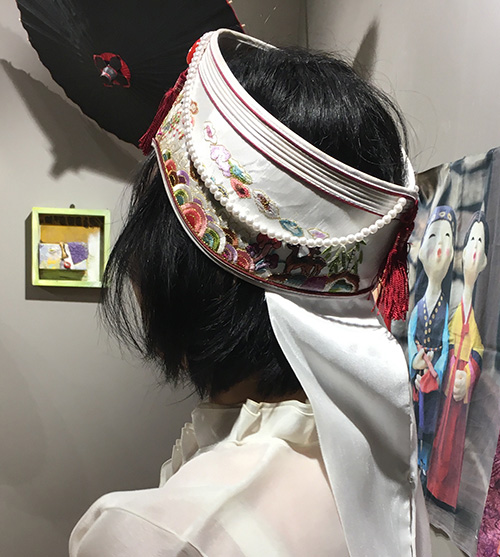 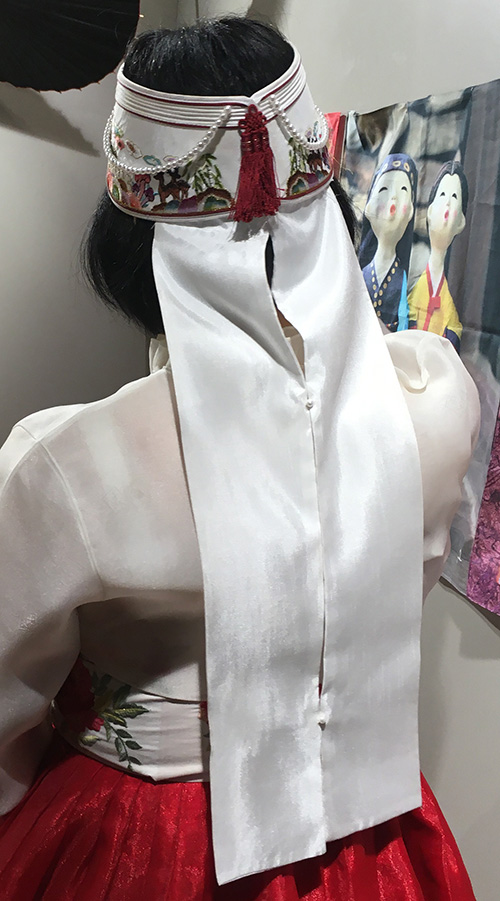