Folk embroidery in Korea: traditional patterns and styles of embroidery

The traditional Korean embroidery is extraordinary. Let’s look at these beautiful patterns and designs with Korean Master Embroider Lee Jung-sook. She is a well-known craftswoman, who organizes exhibitions of her works in Korea and abroad. And she made it her global goal to preserve and multiply Korean cultural heritage. This woman can be an example for everybody how to love the culture and tradition of your country and how to popularize folk crafts in the modern world.

This gallery is on Ganghwa-do Island, Incheon. A collection of over 100 pieces of Korean traditional embroidery was on display in January-March 2018. they were representing the zenith of Korean handicraft. 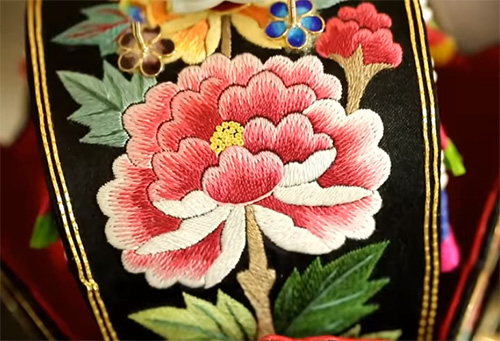 “This exhibition has been organized to highlight the value of traditional embroidery through Lee Jung-sook's artistry, which offers a modern twist to Korea's cultural heritage”, says Choi Gwi-sook, President of the exhibition.

From norigae, a Korean traditional ornament for the hanbok, to the traditional wrapping cloth called “bojagi” – all kinds of everyday props become pieces of art with colorful embroidery. With its origins dating back to Cro-Magnon days, embroidery is commonly found in both eastern and western countries. Still, Korean traditional embroidery is in a league of its own, with voluminous and dynamic impressions created by multiple twisted strands of silk thread.

“I rarely see these types of embroidery pieces because there are less today, and I live in the city”, says Kim Bok-soon, one of the visitors.

“I was impressed by the labor and dedication each stitch captures. I really enjoyed the artworks”, says Lee Jae-hak, another visitor of the exhibition.

All these colorful exquisite pieces have been created by one master artisan. It's Lee Jung-sook, with over 40 years of her life dedicated to traditional embroidery. 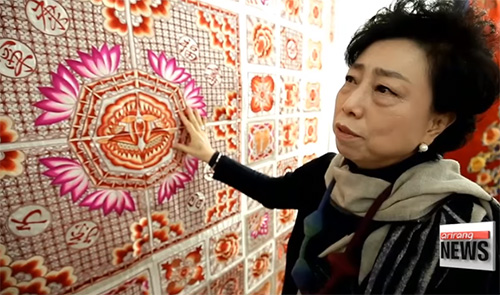 Lee Jung-sook with her work

“I believe tradition has the greatest global appeal. With that in mind, I decided to take up embroidery again in my 40s, which I used to do in my 20s as a hobby. My new goal is to globalize this cultural heritage using traditional techniques and develop it into an appreciated form of art”, comments Lee Jung-sook, Master Embroider.

Since inheriting the Korean cultural asset, she's been putting a modern twist on the traditional heritage, which used to only feature the country's 5 basic colors, called “obangsaek”: red, black, blue, white, and yellow. 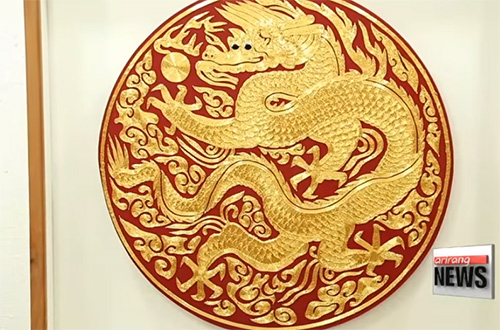 This is an embroidered wedding bojagi – Korean traditional wrapping cloth with Phoenix. I had a hard time, embroidering the gradation, but I really enjoyed the whole process”, adds Lee Jung-sook.

This is Lee’s studio, where she spends most of her day. She's been busy, decorating “lucky bags”. Production time varies depending on the size and complexity of embroidery, ranging from 5 to 6 hours to 4-5 years. 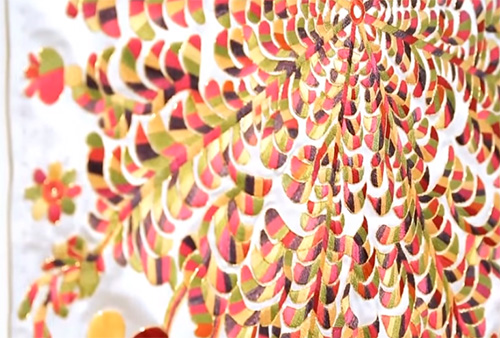 “When it’s quiet, I can hear the needle and silk thread piercing the cloth”, says Lee Jung-sook. 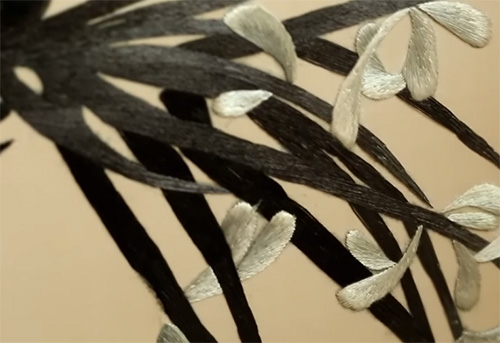 “The production process begins with coloring thread based on the signature traits of the piece. I color thread with chroma levels from 1 to 8 to create gradation, which is possible because I personally color it”, explains Lee Jung-sook.

Back in 2014, Lee presented her bojagi to Pope Francis during his visit to Korea. With elaborate flowers and trees made of some 30 different colors of thread. 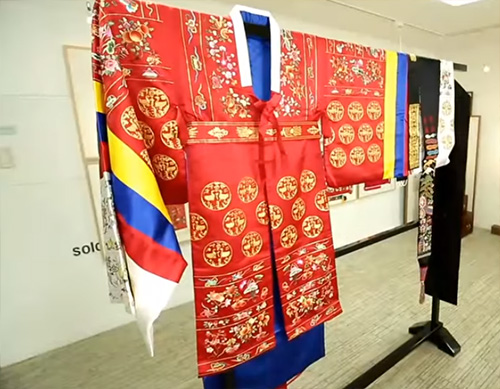 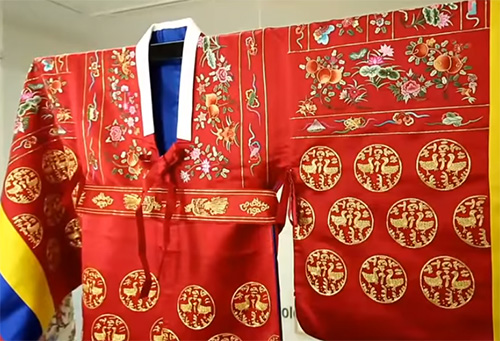 “I didn't think much about the government purchasing my piece, but the favorable reception I got overseas made me realize that I underrated my artistry and needed to cherish it more”, adds Lee Jung-sook.

These days, the artist is focusing more on her activities abroad. So Korean traditional embroidery can receive more recognition and appreciation from the world. 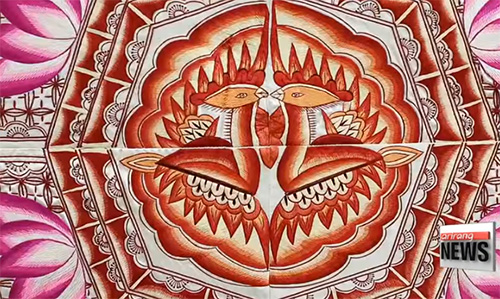 “I have a 5-year overseas exhibition plan, starting this year. Along with that, I'm going to keep embroidering as long as my eyes allow it and spreading my artistry to the world as long as my legs hold up. I'm working hard to pave the path for my juniors, to show them the way”, says Lee Jung-sook. 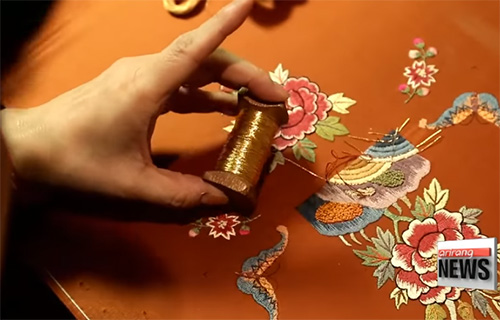 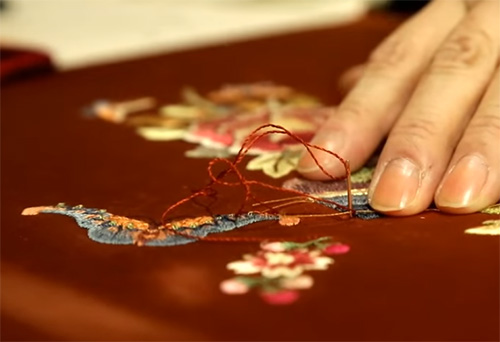 In this technological era, it's hard to imagine dedicating months and years to creating a single piece of work. However, Lee endures that labor for the sole purpose of preserving Korea's cultural heritage and spreading it to the world. Every stitch captures labor and devotion. That craftsmanship is what makes Korean traditional embroidery a unique gift for the entire world.