In this article and video, an American master weaver will tell us a little about a barn loom that was used to make coarse linen for slaves’ clothing. This loom is exhibited at Mount Vernon, in Virginia, the US. And by the way, Virginian weaving looms differ somewhat from other linen looms – you can read about it below. Also, this is your chance to watch a 200-years-old American weaving loom in work.

My name is Melissa Weaver Dunning. I'm a master weaver. And I'm here at Mount Vernon to put a new display on the loom in the spinning house.

Mount Vernon is a National Historic Landmark in the US. It was the plantation of George Washington (the first President of the United States) and his wife, Martha Dandridge Custis Washington. This estate is situated in Northern Virginia.

In this video, we're putting on relatively coarse linen that is similar to the fabric that might have been used for shirts that were given to the slaves (one shirt per year). 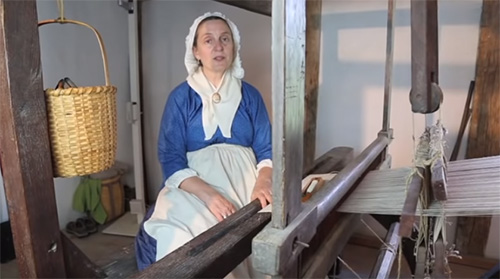 We have wound the warp, which is measuring out on a large board. We beamed it, rolled it onto the loom itself, and then threaded the heddles, which are these strings on a weaving loom. Each thread has to go through a little thread-eye (it is the long and tedious part of the work). And then we thread the reed, which separates the thread and lines them up. At last, we got it all tied up and we're ready to weave. 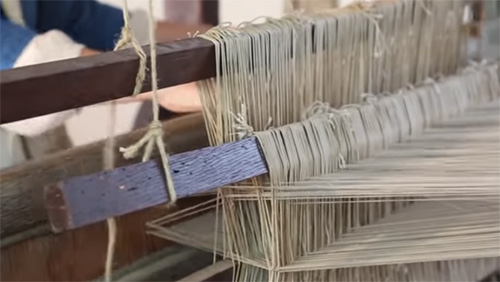 This type of a loom is a weaving loom that was commonly used for several hundred years in Europe and then in the Americas. This particular shape of loom would have been called a “four-poster” because there's a bedpost at each corner, and the seat is attached – sometimes they were separate. 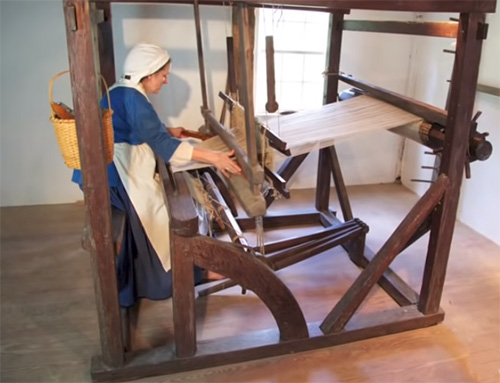 Today, such looms are sometimes called a “barn loom”. But we think that's mostly because people store them in barns.

This weaving loom is probably about 200 years old. One of the most interesting things about this loom is that the way it is constructed shows it to be a linen loom. 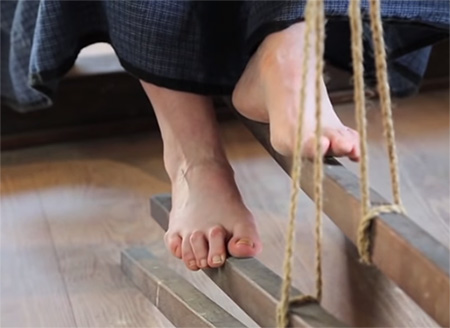 The framing of the loom that helps to support it is right on the ground, rather than up 6 or 8 inches. What that allowed the weaver to do is working in a room with a dirt floor – they would have thrown 1-2 buckets of water under the loom to create a more humid environment for the weaving linen. In Virginia though, at least in the warmer months, they don't really need to add humidity.