In most countries around the world, the traditional outerwear was rather usual – jackets, coats, cloaks, etc. But Latvia is rather special, its authentic women’s outer garment is a beautiful white shawl fastened with a large silver brooch. Sounds cool, doesn’t it? These traditional Latvian shawls kept local women warm and beautified them at the same time. Moreover, you could find out the region of origin of a person just looking at the size of a shawl, its embellishments, and the design of a brooch.

One of the most common Latvian traditional outerwear for women is the woolen shawl. These shawls differed from region to region and were almost obligatory pieces of clothing. Women needed them to cope with rather cold, windy, and humid climate of this country, which is situated at the Baltic sea coast (500 km of Baltic coastline is in Latvia). 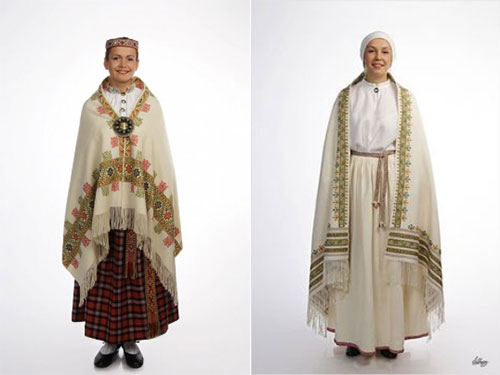 But this traditional Latvian shawl – by the way, it’s called “sagša” – is not only a means to keep women warm. It also serves as a very feminine way to indicate one’s region of origin because there are some features typical for certain areas of Latvia. For instance, the amount of embroidery, patterns, color of embroidery, size of the shawl, etc. 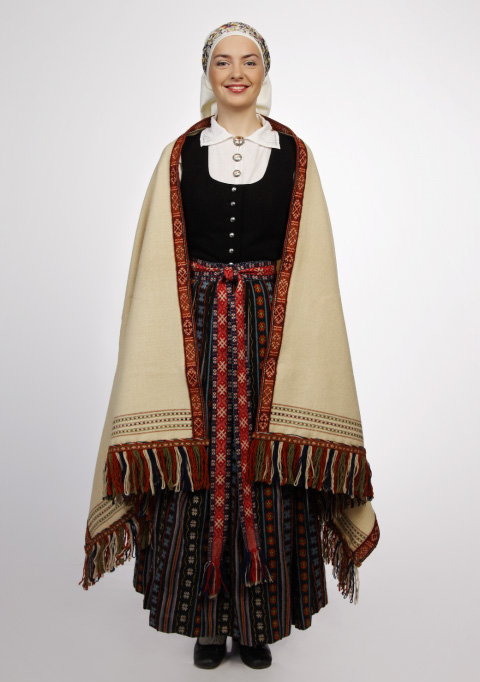 Traditionally, Latvian shawls were white – the natural color of wool, but it was possible to meet a woman in a black or checkered shawl. Still, natural white color was the most widespread. 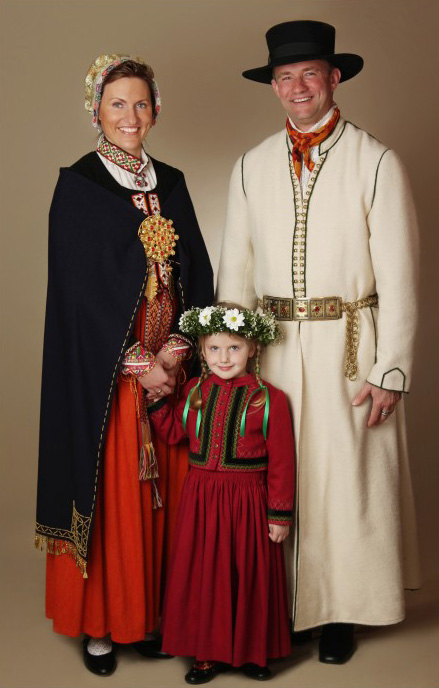 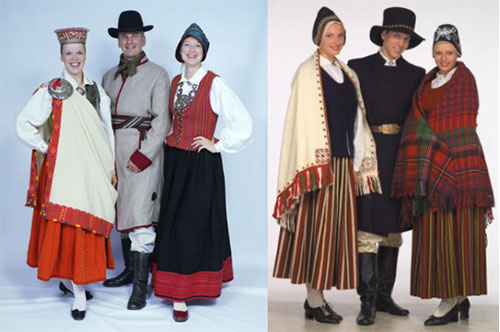 The shawls were never plain and boring. There were embroidery designs on the shawl’s border, as well as the fringe. The most common colors of threads used to embroider the fabric were red, blue, gray, yellow, and green. The whitework technique was also used. In some regions, the amount of embroidery was minimal – just a thin border, often white on white, so it really didn’t catch your eye. But other areas are characterized by a larger amount of embroidery, though it never covered the whole shawl. 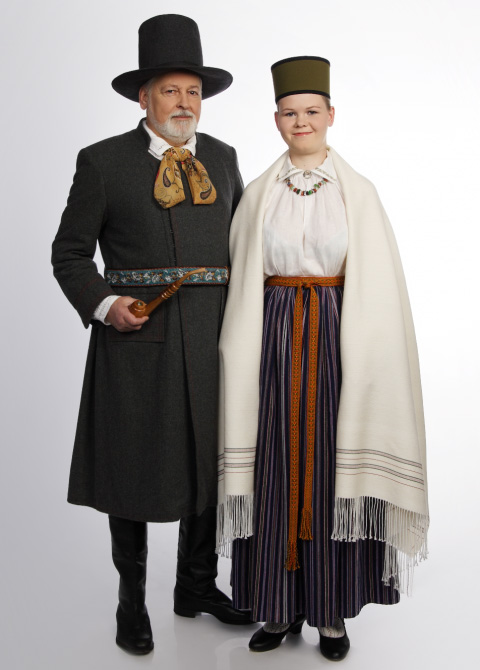 Another beautiful and feminine item connected with the traditional shawl is the silver brooch that fastened the ends of the garment. The shawl itself didn’t have buttons, ties, or any other fasteners, so Latvian females used decorative brooches to do the job. Shawls were rather big and heavy and needed something to hold them in place, unlike capes and simpler scarves which were never pinned. These brooches for shawls, called “sakta”, could be very ornate and massive – they added the atmosphere of wealth and festiveness to the outfit. 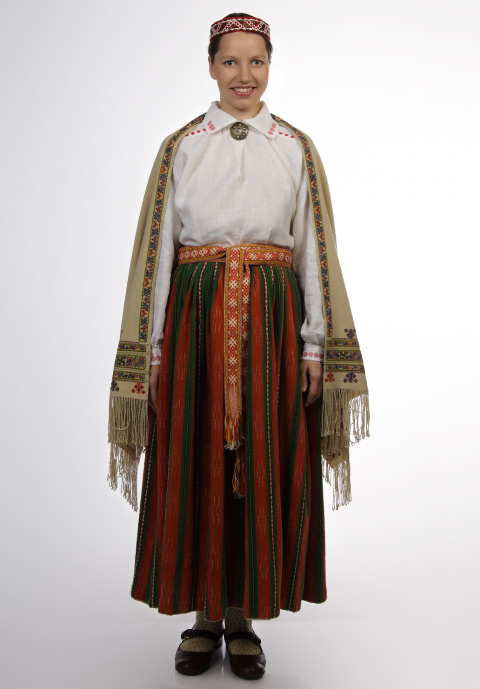 Latvian traditional female shawls are remarkably beautiful garments. The local women wearing them look all dressed up and festive. These shawls have a distinctive charming vibe about them.