Bavaria is one of those areas where old clothing traditions are still preserved and estimated. The local folk costume – dirndl for women and lederhosen for men – are worn not only for festivals and folk events but in daily life. Even today, in the 21st century. Moreover, these traditional articles of clothing are very fashionable today. Many famous designers make modern handmade dirndls and lederhosen and sell them for thousands of euros.

What Germans say about dirndl dress and lederhosen?

“They're usually family heirlooms that are passed down from generation to generation. It’s pretty cool”.

“It's tradition. Reawakening memories of how things used to be. And it's about being proud of Bavaria and Munich”.

“It's a lot of happiness, a lot of celebration to me”.

“It's not just for Oktoberfest, I wear a dirndl every Sunday”.

These days, getting a traditional Bavarian costume is no problem. You can buy a cheap outfit in almost any local clothing store. Or if you want something more elaborate and exclusive, handmade costumes are available for about 3,000 euros.

“A few years ago, dirndls became trendy – not just for Oktoberfest but also as a fashion statement which celebrates the female form. The dirndl is simply part of this spirit and Bavarian way of life that everyone wants to be a part of. When it comes to their outer appearance, people want to feel they belong to”, comments Lola Paltinger, dirndl designer. 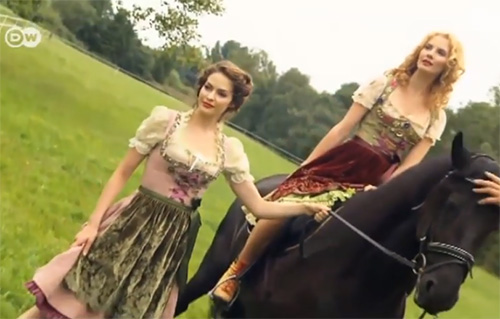 With designer dirndls, almost anything goes, but with the traditional costumes of yesteryear, every detail – including the color and length of the dress – had a meaning. Often, there were even differences between the clothing of neighboring villages.

Simone Egger has explored the phenomenon in a book. She found that the dirndl as we know it isn't all that old. Its origins lie in the working clothes worn by countrywomen. It became more elaborate when city folk began wearing it at the end of the 19th century.

“Wealthy families, the ones that could afford it, spent weeks at a time at summer resorts. And there must have been a very creative seamstress there. We can't really trace it anymore, but it was somewhere on the border between Salzkammergut and Bavaria, in the vacation region. There’s a smock that's worn underneath – that's what women, young and old, wore to do farming work in the countryside. It was checkered or with a floral print, and she created a vacation outfit from it”, explains Simone Egger, cultural scientist.

One difference between designer dirndls and traditional ones is that the traditional outfits never change. They might even tell you about the social status and background of the wearer. This historical legacy is still observed by many. Bavaria and Austria have hung on to the custom most tightly. That's one reason why many think of dirndls and lederhosen when they hear the German word “tracht”, meaning “traditional attire”.

“In principle, the dirndl is an extrapolation from historical folk costumes. It's about the shape it gives the wearer, with wide skirts and narrow waist and then a bodice. A dirndl does that, too”, says Simone Egger.

The Stangassinger family in Berchtesgaden (Germany) has been making lederhosen by hand for more than 120 years. When the business began, they made clothes for farmers and laborers. The embroidery pattern has been the trademark of lederhosen made by the Stangassingers for generations. 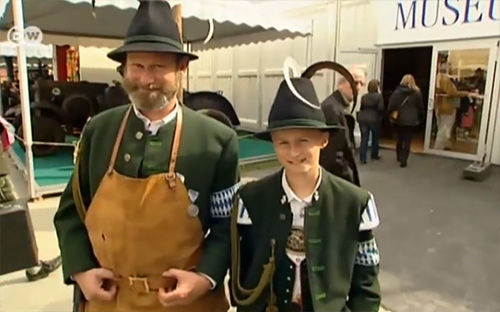 Man and boy in traditional tracht

Franz Stangassinger has been in charge for the last 15 years.

“I had a client who had a pair of lederhosen from 1890. They even had the original bill from our company's founder. He told me that his great-grandfather had them made here. They were passed down to his grandfather, than to the father, and now he has them. So, he's the fourth generation to wear them”, says Franz Stangassinger, lederhosen manufacturer. 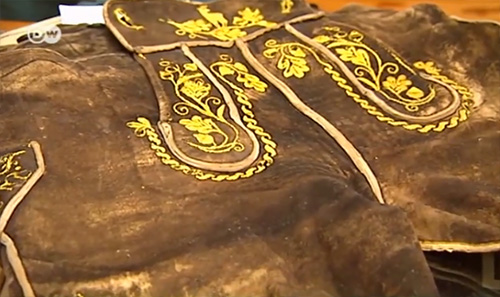 Nowadays, dirndls and lederhosen are established as global fashion in Bavaria and far outside its borders.