At the beginning of the 20th century, a lot of men, women, and kids in Ukraine wore traditional clothes in daily life and especially for special occasions. In rural areas, handmade folk outfits were in use until the mid-1900s, while in cities and even some towns, people already switched their traditional clothes for modern industrially-made garments. Many old photos depicting people in national Ukrainian outfits (single men or women, newlyweds, and whole families) survived to this day. Their folk costumes show the regional differences in clothing tradition.

All the photos are from one of Ukrainian Facebook groups dedicated to original old photos and portraits. 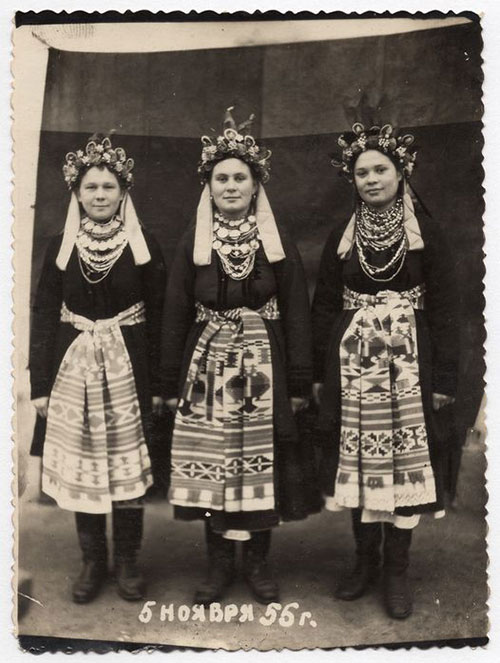 Ukrainian bride and her bridesmaids in folk outfits. Ivano-Frankivsk region, western Ukraine, 1946. The bride can be differentiated by her wedding wreath with long ribbons. Note a unique skirt design typical for this area 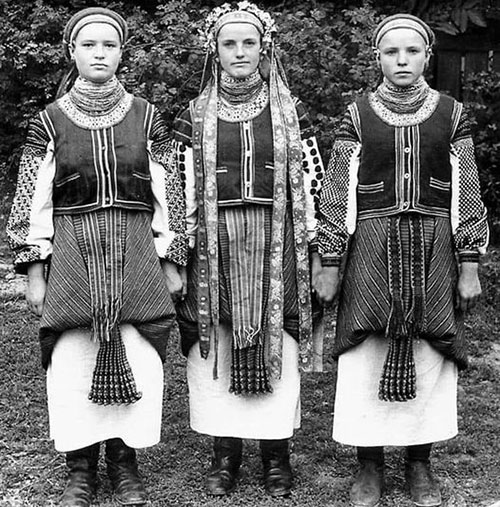 Ukrainian maidens in lovely national costumes. Poltava region, central Ukraine, 1908. Their costumes are different but have some common features 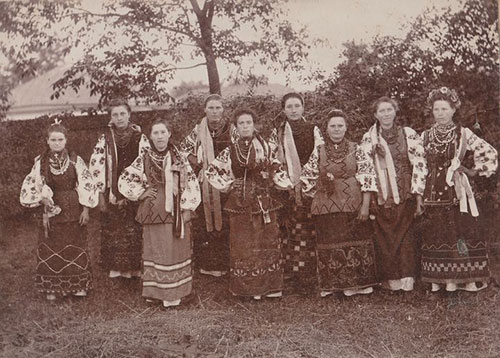 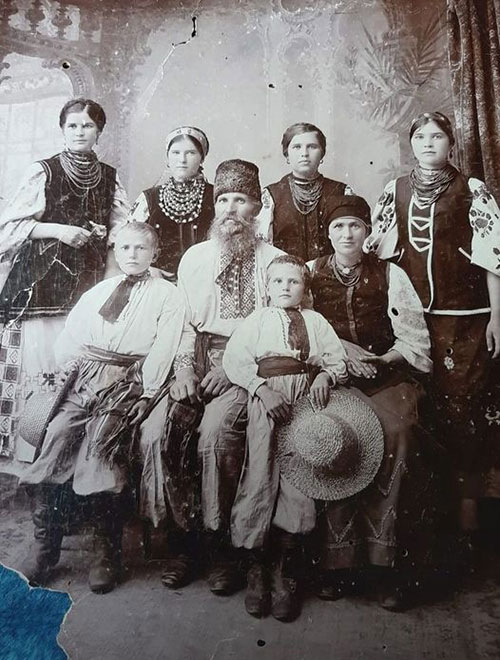 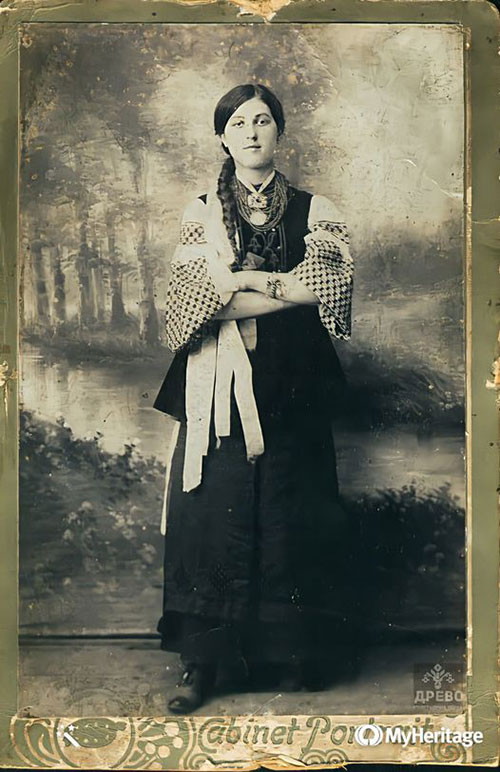 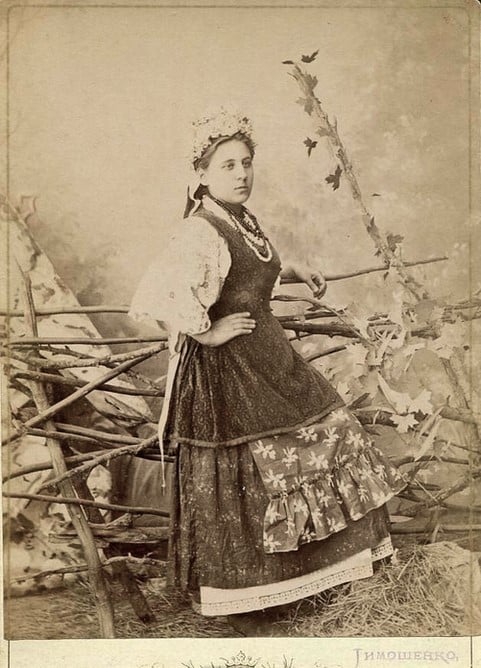 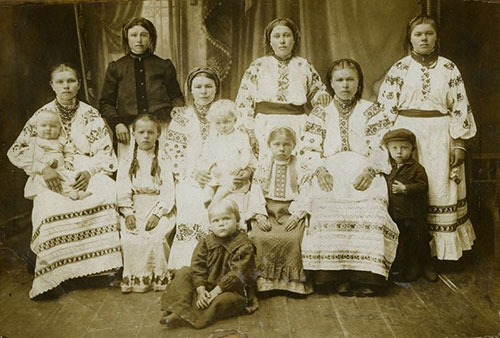 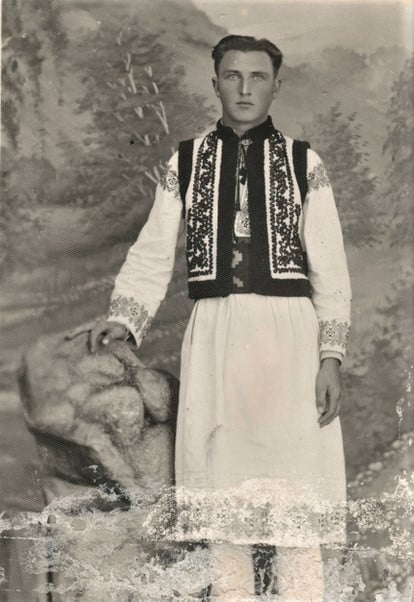 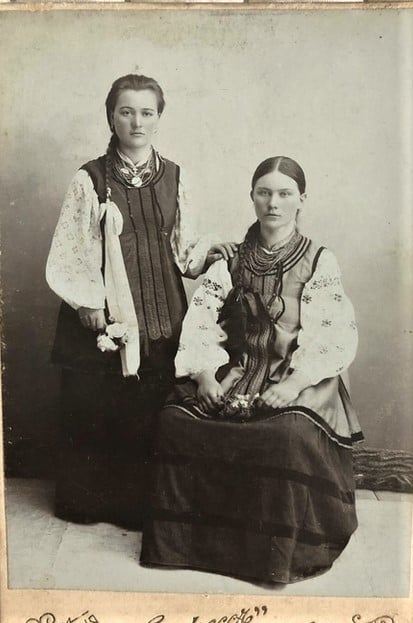 Ukrainian bride and groom in traditional wedding clothing. Poltava region, central Ukraine, the early 20th century. His coat and trousers are more modern, but he still is wearing a traditional embroidered shirt. Her attire is completely traditional 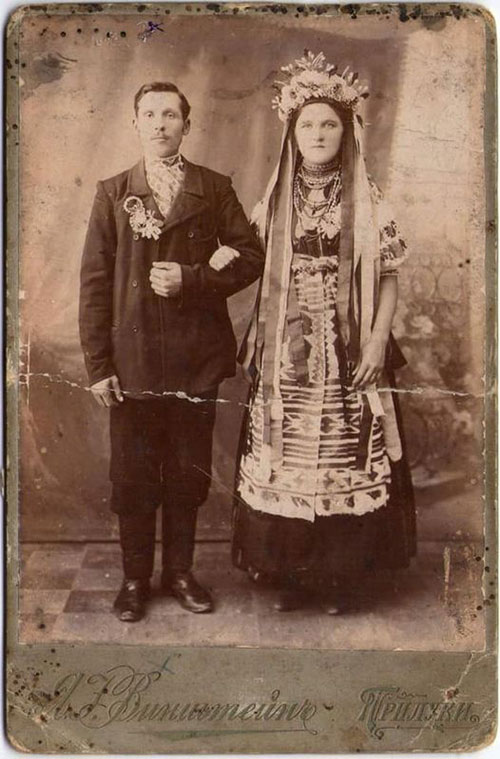 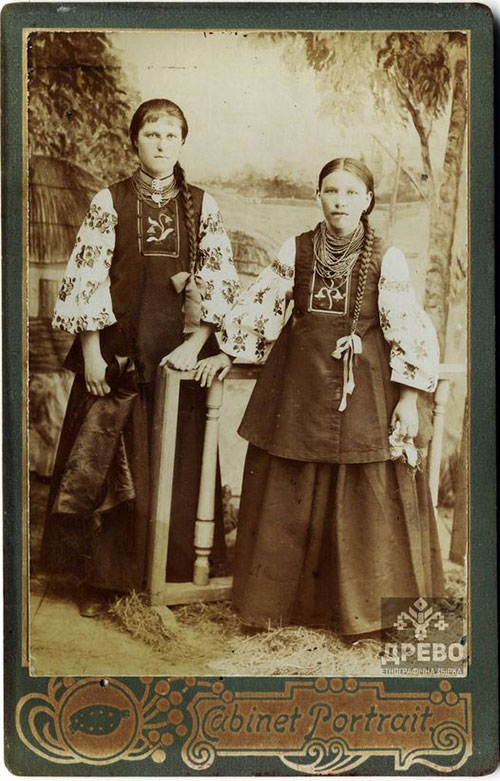 Ukrainian girls in festive costumes. Ivano-Frankivsk region, western Ukraine, 1917 or a little earlier. Their skirts are a lot shorter than it was usual for other regions 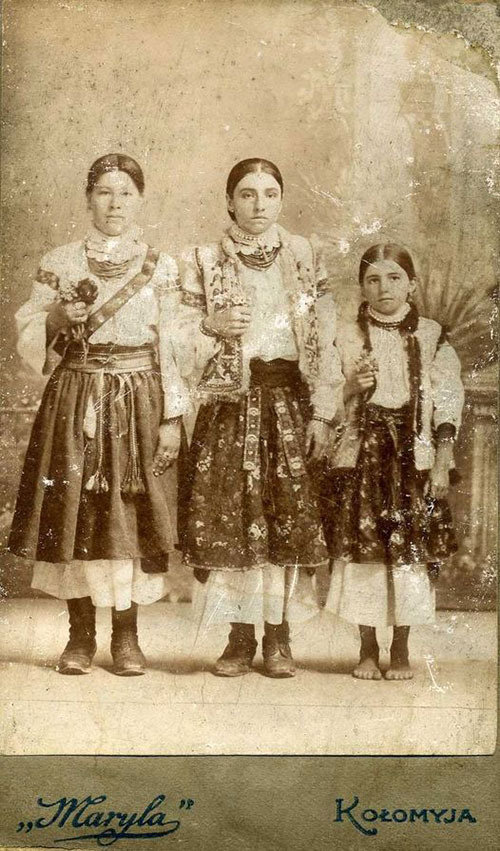 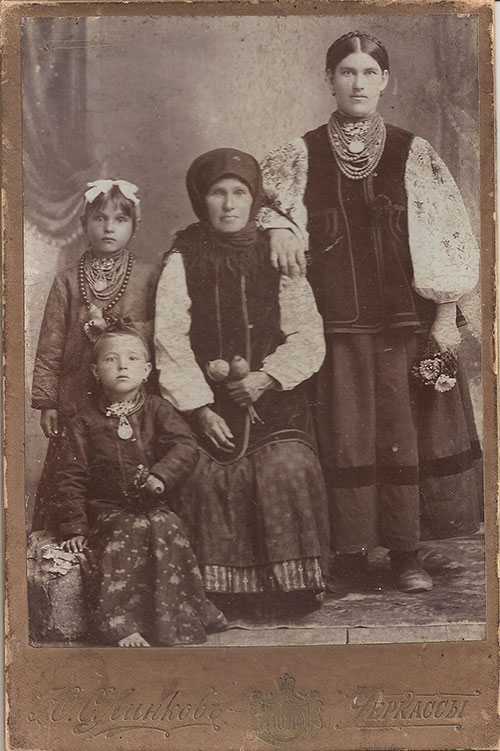 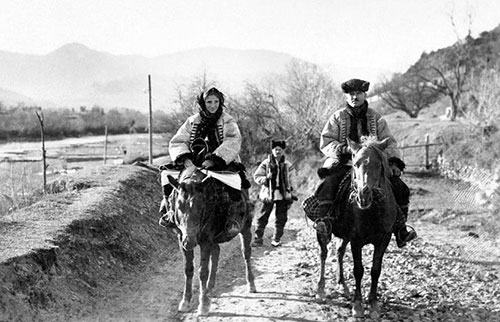