It’s typical for many Slavic countries to use ceremonial towels (wedding towels, towels framing religious icons, etc). Most often, they are hand-embroidered, but in some regions, people preferred woven towels with rich and bright patterns. Here is a collection of woven ceremonial towels from northern Ukraine, the late 19th – early 20th century. They were woven on vintage weaving looms by skilled artisans and sold out to ordinary Ukrainians. Now, they’re exhibited in a museum.

These vintage ceremonial towels are from Kozelets Museum of the History of Weaving in the Chernihiv Region.

Some of the woven patterns we’re showing in close-ups for you to better distinguish the symbols and designs.

The bright red&white towels often were used as wedding towels. They were called “rushnyk”. The bride and groom stepped on such a towel during the ceremony. Also, a bride could use it as an ornate belt – it’s a sort of an amulet, a way to show off her wealth, and another means to stand out in the crowd, as brides didn’t wear white in the past but just wore more eye-catching, bright, and expensive clothing. 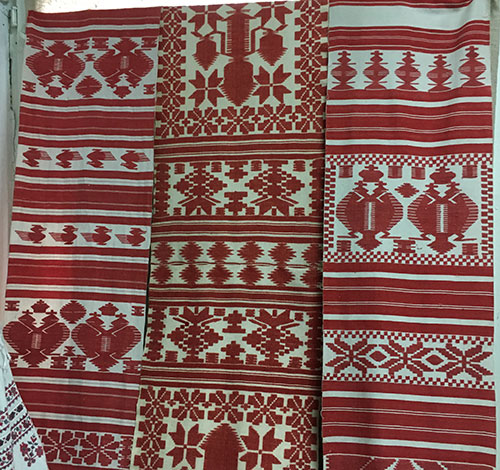 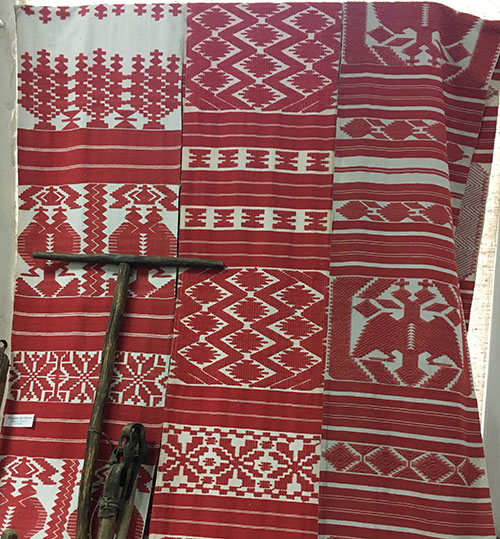 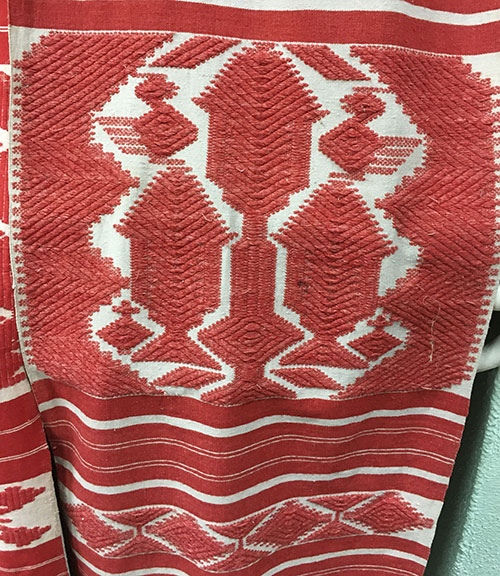 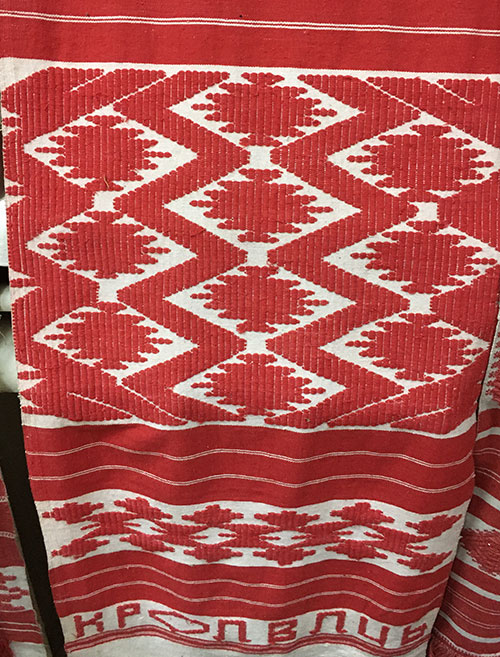 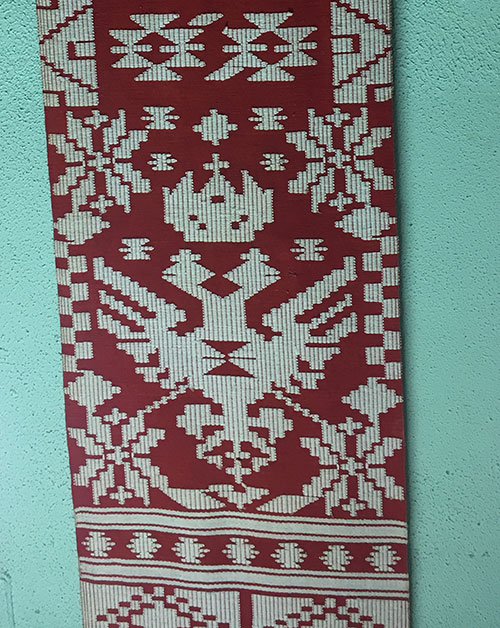 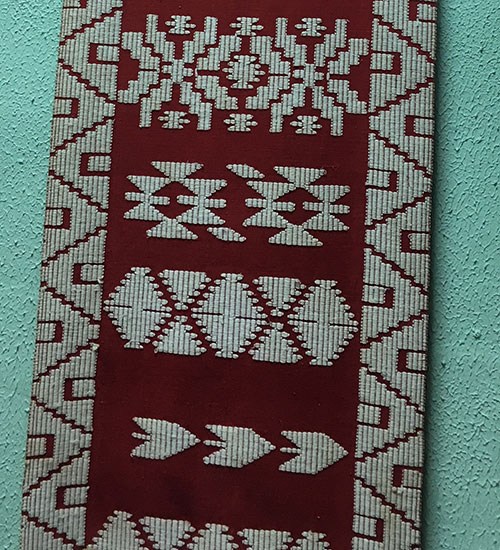 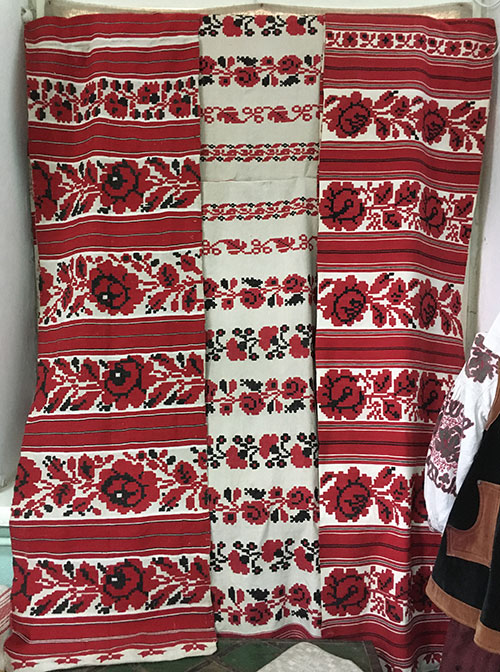 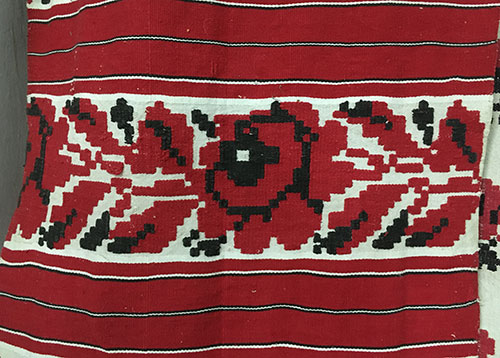 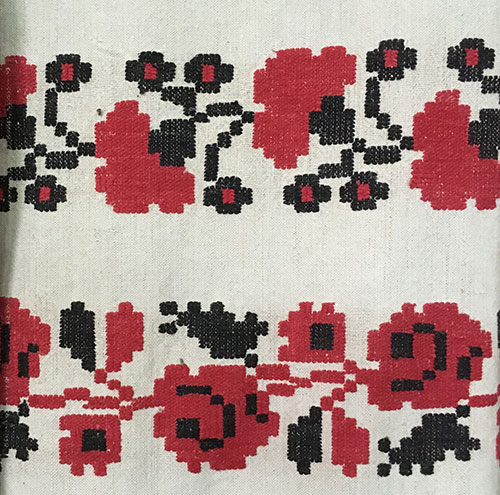 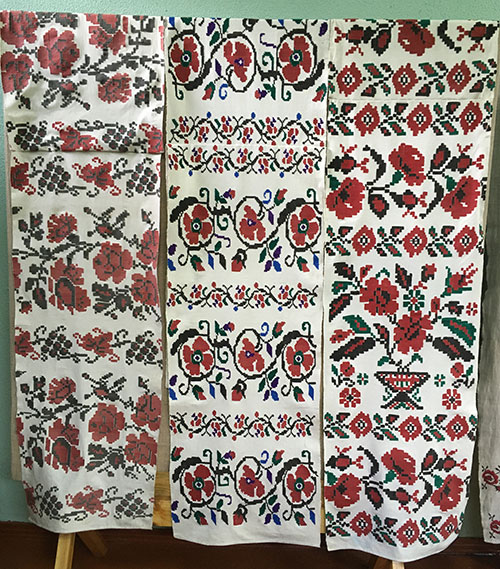 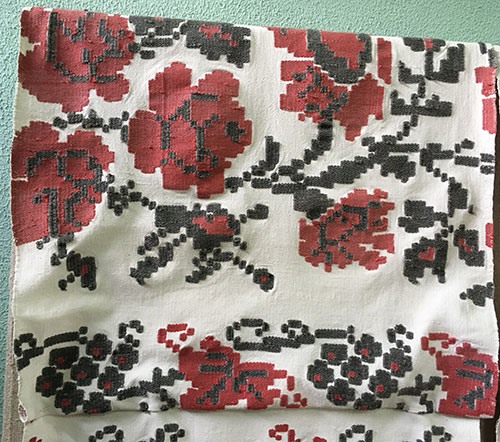 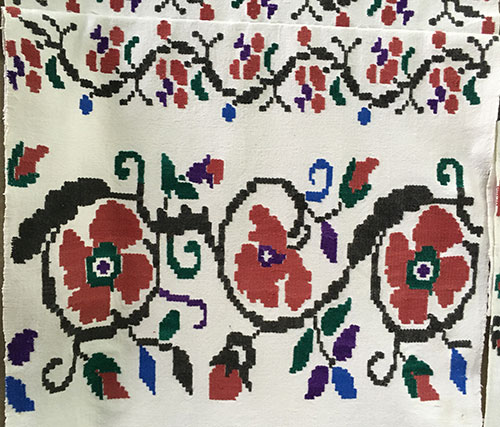 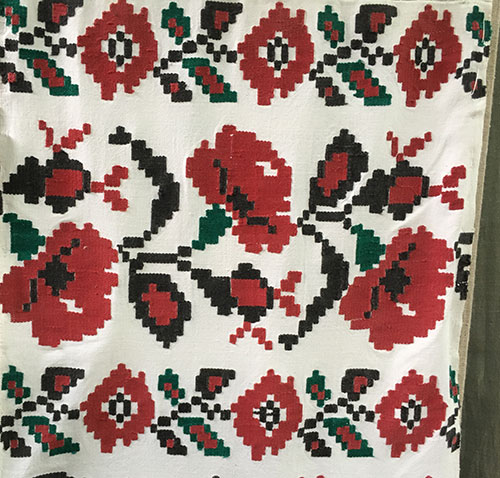