The Japanese kimono is one of those traditional garments you can talk about forever, and there will be more and more new curious facts and wonderful information. For example, did you know that the Japanese produced so-called “kimono for foreigners” they exported to Europe? And these robes of a slightly modernized design were extremely fashionable among 19th-century women and especially men. We have a lot more interesting info about kimono in store for you)).

The term “kimono” became widely used only in the late 19th century. But today, the whole world knows this traditional Japanese garments as a kimono.

A kimono differs from most European folk garments by its style. First of all, kimonos didn’t have a variety of sizes – there were kid-size kimonos, male kimonos, and female kimonos. As this piece of clothing is wide and loose, you don’t need to fit it to your body shape. More than that, a kimono shouldn’t be tight-fitting. 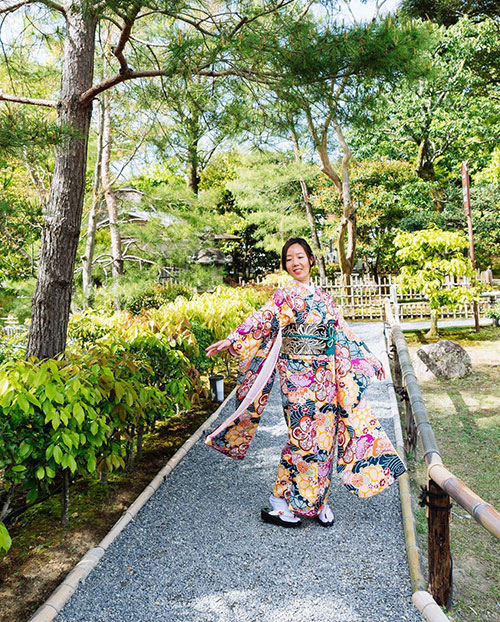 A kimono has a very simple construction and straight cut, it consists of 7 pieces of fabric sewn together. And these pieces are almost strictly rectangular, so it’s very easy to cut them out and sew them together. The kimono, basically, is made in a T-shape.

No matter how costly or ordinary a kimono is, the size and silhouette is the same. The difference is in decoration, quality of the fabric, color, prints, techniques used to embellish the cloth, etc. By these things, we differentiate gender, status, wealth of the wearer, and so on. By the way, this simple T-shape of a kimono is very handy when you’re decorating the robe.

The most ornate and beautiful were kimonos of the royals and of merchants. They were real masterpieces and, of course, costed a fortune. A lot of such kimonos are preserved in various museums not only in Japan but worldwide. And they really impress you with their appearance.

Throughout the centuries, the décor on kimono robes changed, fashion trends replaced one another, so we can see differently adorned garments – with embroidery, tie-dye patterns, block-prints, hand-painted designs, etc. And the period when a particular kimono was made can be determined by these embellishments. For example, in the second half of the 18th century, large singular motifs were replaced by smaller patterns scattered throughout the fabric. In some periods of the 19th century, the amount of decorations decreased, and so the most trendy were kimonos adorned with patterns only on the hem and the lower ends of the sleeves. And that’s when obi belts gained their beauty and opulence, as they became a bright accent on a plain kimono. 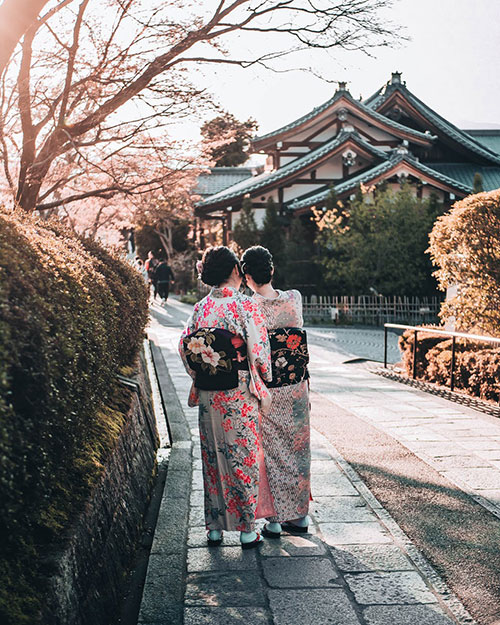 It’s sad that traditional Japanese obi belts survive decades of use much worse than kimonos. The garment was highly treasured by most Japanese and even passed down the generations, but obi was permanently tied and it frayed quickly. There are a lot fewer, say, 19th-century obi than 19th-century kimono. They simply gave way to the time.

Fun fact about kimono! In the 19th century, due to the trade between Europe and Japan, male open robes with cute prints became popular in many European countries – they were Westernized kimonos made for export. A lot of middle-class and high-class men and women wore such garments at home. Such robes were made in a slightly different design – no long hanging sleeves (because these robes in Europe had to be practical and handy), shorter hem, and heavier padding (as the climate was colder in Europe).

By the way, the only European country that officially did trade with Japan was Holland (modern Netherlands). So, Dutch merchants brought kimonos to Europe. And there was such a big demand that the Japanese couldn’t keep up with it.