This type of kimono was very popular among Japanese women. It was the next step after the furisode kimono. Homongi is used even in modern times but, of course, much more seldom than in the late 19th – early 20th century. Let’s find out more about this garment: what did it look like, what obi belt was worn with it, what fabric and embellishments were used to make it, who actually wore homongi kimono, etc?

The homongi kimono is a very important festive Japanese garment. It actually literally means “visiting wear” in Japanese. Women usually wore it to parties, official events, and celebrations. For instance, it was a great attire for wedding guests or the outfit of choice to wear to traditional tea ceremonies.

During the Meiji period in Japanese history (1868-1912), homongi kimono was extremely popular among upper-class women. It was a traditional formal dress for special occasions.

This style of kimono was used by married women in Japan. It was the garment that went after the furisode kimono when the woman got married. The homongi kimono was given to a female at her wedding to signify her new marital status. Though, single girls were allowed to wear this style of kimono as well. But it was less colorful and bright than usual outfits of unmarried girls – homongi kimono is usually mostly plain, with only a few patterns. So single Japanese women preferred more eye-catching furisode garments. 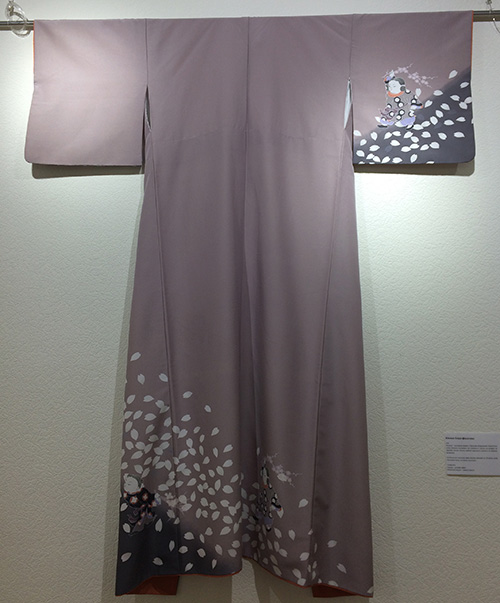 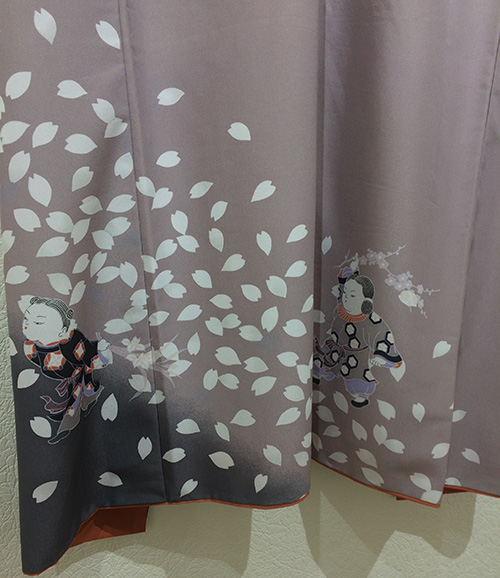 The sleeves of a homongi kimono can be different. But usually, unmarried women’s homongi had longer sleeves.

The homongi kimono is traditionally complemented with a fukuro obi (one of the styles of Japanese decorative folk belt) and matching obiage (scarf-like piece of cloth that keeps the upper part of the obi knot in place) and obijime (special string tied around the obi and through the knot for decorative purpose).