Tanzanian clothing traditions speak of modesty, brightness, and ancient customs. For a European, the first impression from a folk dress of Tanzania sometimes is like “too much”. Too many layers of cloth wrapped helter-skelter around the body, too many colors and patterns, too many weird jewels, etc. But if you take a closer look, you’ll notice the harmony and unicity of a Tanzanian folk costume. The locals feel absolutely comfortable wrapped in their colorful fabrics and beaded adornments.

Over 100 various tribes live in Tanzania. Each of them has its own clothing traditions, folk garments, and decorations. It is hard to distinguish a single traditional costume typical for the whole country. But outside the country, garments called “kanzu” and “kanga” are considered to be the folk clothing of Tanzania.

Men in Tanzania often use less colorful garments than women (except for Maasai people). They prefer brown, beige, blue, and yellow colors. 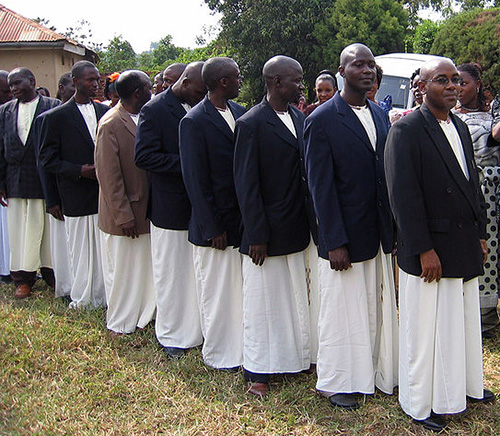 The traditional male costume consists of a kanzu – white or beige colored robe used by men in the African Great Lakes region. Tanzania is situated in this region, too. So, Tanzanian men wear kanzu. Originally, this garment was made from silk but today, polyester (or other synthetic fabrics) is used. Tanzanian kanzu differs from other similar robes (thobe-like garments are typical for many Arab and Islamic countries). It has a tassel that hangs from the collar. During wedding ceremonies, such tassels are perfumed with African or Arabic oils. For the official events, Tanzanian men wear a kanzu, the traditional cap, and a European-style suit jacket or the traditional cloak called “bisht”. 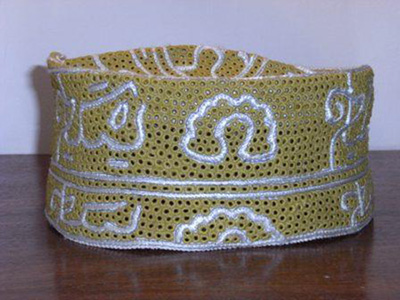 Tanzanian kanzu is often worn with a headdress called “kofia” (“hat” in Swahili). It is a cylindrical cap with a flat crown. Kofia is usually decorated with embroidery. It also should have tiny pin holes throughout the entire body of the hat – they are made for air circulation.

The main folk garment of Tanzanian women is a kanga. It is a rectangular cotton cloth (1.5m x 1m) with a printed pattern and (in most cases) a printed saying. The print on the center of the cloth differs from the one on the borders. But the most interesting and unique thing about kanga is the phrase printed on it. Actually, we should say that many African women can’t openly express their thoughts even in modern times. Their place in society is too low. That’s why some Tanzanian females wear kangas with sharp sayings printed on them – these garments are their voice. Of course, not all of the sayings have such a deep meaning, many phrases just say simple things like “We love our Africa”, “Let our love stand forever”, etc. In any case, Tanzanians love their kangas and the witty phrases on them. They invented dozens of ways to drape a kanga, from simple wrap-around skirts to complicated garments. Also, women always use kangas to carry goods and babies, as a décor in houses, as headdresses and accessories. 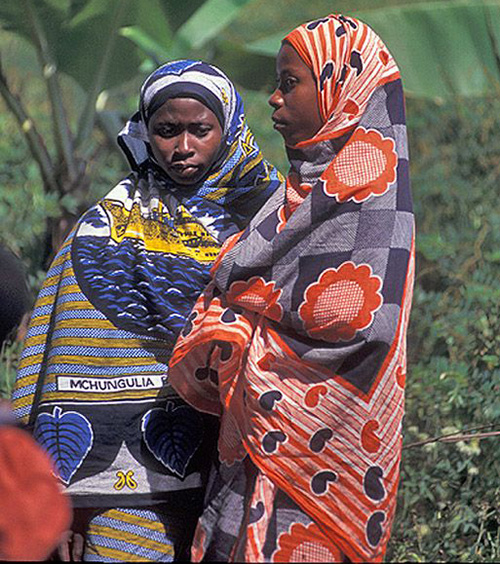 There is another garment used in Tanzania, similar to kanga. It is called “kitenge”. This piece is worn in West, East, and Central Africa. Kitenge is also a rectangular cloth but the fabric is thicker than the kanga. This piece is worn and used in the household in a similar way as the kanga. 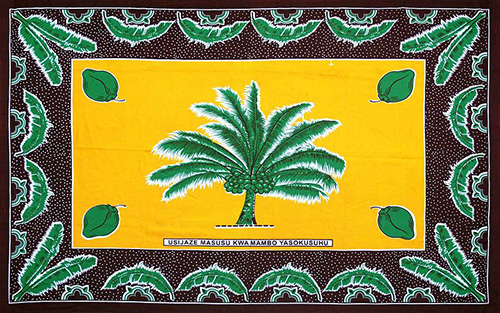 Tanzanian kanga. Photo from Wikipedia, the photographer is Gavrosh

Many Tanzanians use their traditional clothes in modern days. Surely, Western-style costumes are very popular in this country, but the folk outfits are worn by locals on a daily basis as well. Female kanga is not just a dress, it is a way to express your thoughts, opinions, and beliefs, and it is an honored tradition. That’s why the folk clothing of Tanzania can’t disappear, at least not in the near future.

This is so helpful since I am writing a report on this awesome and beautiful country!

This was so helpful since i am writing a book on everything on Tanzania!