A lot of people think that African traditional clothing is the same for any ethnic group on the continent. But that’s wrong. Actually, there are many garments specific for a certain ethnos. And today, we’d like to show you the women’s folk garment used by the females of Swaziland. It’s rather simple but tidy and meaningful. And, by the way, pretty modest, as there is an opinion that African people wear only loincloths and roam around with bare torsos. Let’s bust a few myths about African traditional outfits.

Oh, and if you’ve never heard of Swaziland, it is a country in Southern Africa. Also called “Eswatini” or “the Kingdom of Eswatini”. Its population is about 1 million people. Also, this country has a rich culture and traditions and is known for a strong presence in the handcrafts industry.

To put on a Swazi female attire, at first, the bottom piece called “sidvwashi” is tied. 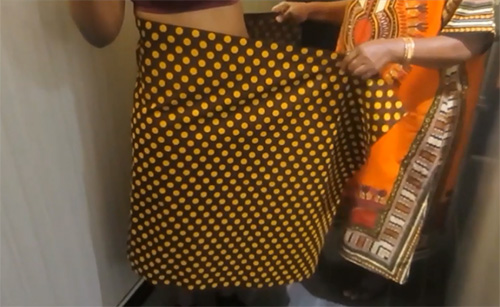 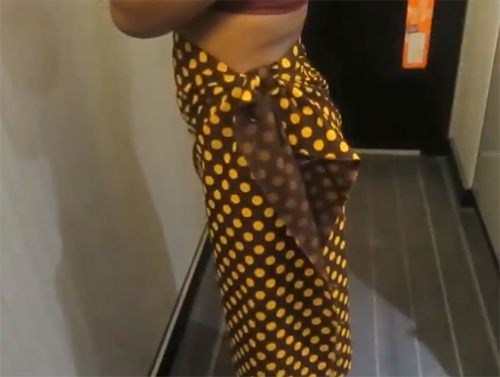 Then, the top piece called “lihiya” (plural – “emahiya”) is worn. 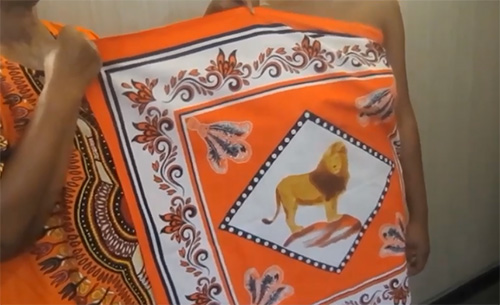 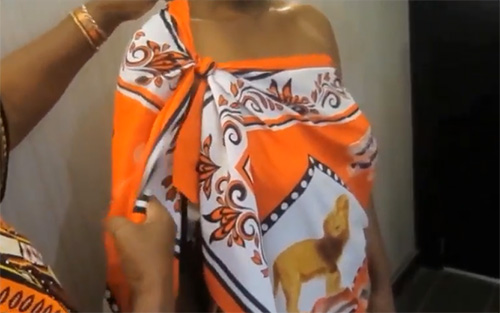 You can tie the piece of cloth at the back to stop it from flapping about in the wind. 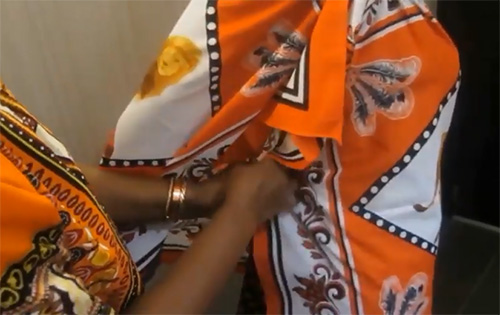 Accessories for the neck and wrist. Usually, beaded jewels are used by Swazi women but any adornments are ok. 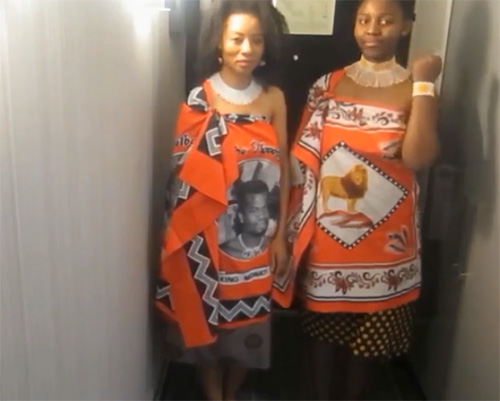 Underneath these cute orange emahiya, you can see their bottom garments – sidvwashi. Very often, they are brown, because it goes very nicely with orange. But the colors can vary to match the lihiya.

On their necks, they're wearing beautiful neckpieces, handmade in Swaziland chokers. The bracelet on the wrist is called “sigcizo”. It matches the choker.

When you tie the knot, the upper part of the lihiya has to make a perfect L-shape. 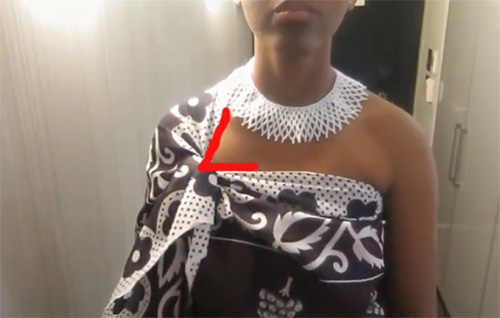 Also, as we’ve mentioned before, unmarried girls tie the lihiya on their right shoulder, while married women – on their left shoulder, because they wear a goatskin on the right shoulder to show their marital status.

The knot must be situated not on the top of the shoulder but a little lower, below the collarbone.

These are so-called “umgcula” garments. They are actually longer versions of emahiya. But still, the sidvwashi is worn underneath as well. 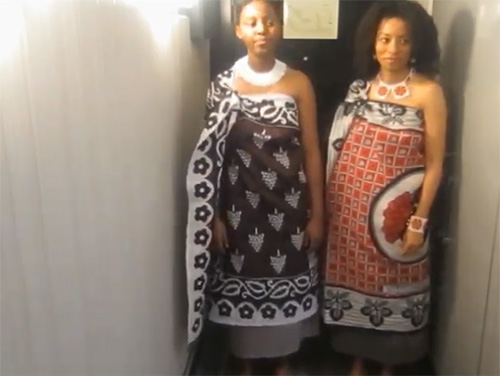 The neckpieces on the girls are similar to the ones we’ve shown you before. One is plain white and round, another one is patterned – traditional Swazi necklace called “ligcebesha”. It has two square sort of petals attached to a round band. And the whole necklace is embellished with colorful patterns. 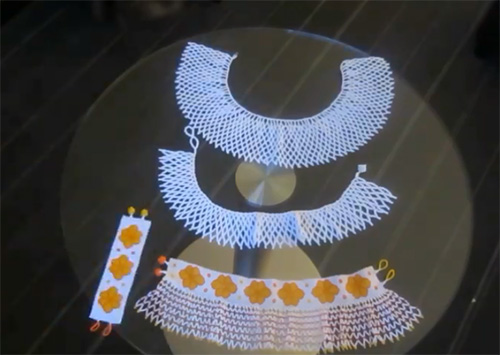 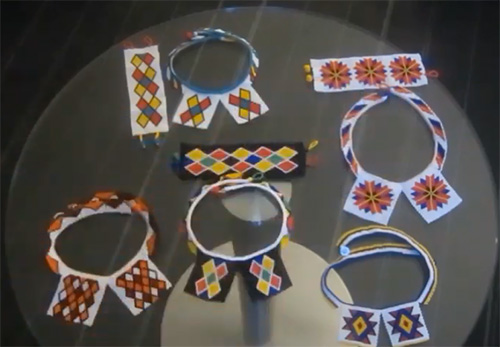 So, that’s how a traditional Swazi women’s outfit looks like. It’s rather simple but tidy and meaningful. Every piece of clothing and every drape is established.