This men’s garment that was extremely popular for over 300 years – from the 14th to mid-17th century – can be considered one of the most curious and fashionable pieces of clothing for men of the time. It’s interesting that the simplest stitched and quilted lining transformed into a really stylish jacket adorned with ribbons, buckles, fur trimming, lace, pinks, prints on the fabric, embroidery, and many more decorations. A protective doublet worn by medieval warriors to prevent bruising after battles became a trendy garb for the aristocracy and even royalty.

A doublet is a male tight-fitting jacket worn snugly to the body. It was popular among Western European men in the 14th – mid-17th century. Originally, a doublet spread to the rest of the European countries from Spain. It usually had long sleeves (in some cases, detachable or even sleeveless), was waist-length or hip-length, and open in the front. First doublets sometimes had a deep V-shaped neckline and even could have a stomacher. But by the 1520s, it became typical to wear doublets open in the front and closed with a row of buttons up to the chin.

For the first two centuries, a doublet was worn over a shirt and under another garment, for example, a gown, jerkin, overtunic, hauberk, etc. It was sort of a middle layer. Historically, medieval warriors put stitched and quilted lining under their armor to protect the body from bruising and chafing that often happened during battles and training. And then, this lining got shaped into a full-fledged garment. 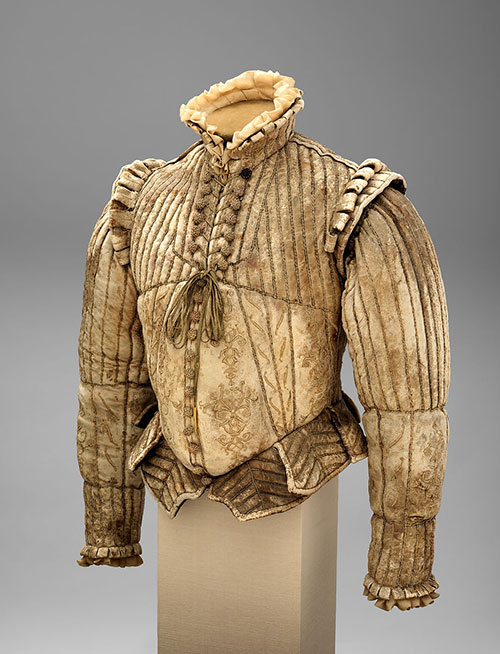 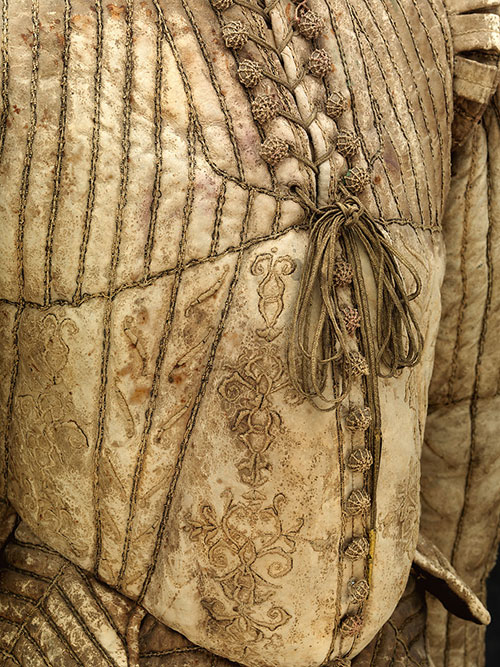 Fencing doublet from Western Europe, around 1580. It was a practical garment used during fencing practice. This doublet is tailored from leather, silk, linen, and cotton

Also, in the late 14th – early 15th century, there was a short-lasting trend for padded doublets that gave their wearers an egg-shaped or pigeon-breasted silhouette, but this tendency was quickly forgotten and doublets became more naturally fitted to the body.

Some doublets were simple and functional, often made from leather, linen, or wool, others were fancy and tailored from silk, brocade, and similar expensive fabrics. The edges also could be ornamental – adorned with lace. But no matter how opulent or plain a doublet was, it always served a number of purposes: provided warmth, protected the body from mechanical damage, gave it a fashionable shape, and supported the hose that were attached to a doublet by strings.

In the 16th century, opulent doublets of aristocracy often had baggy sleeves and were richly embellished. Sometimes, there were also short skirt-like peplums and piccadills (large lace collars) that made a doublet more ornate. 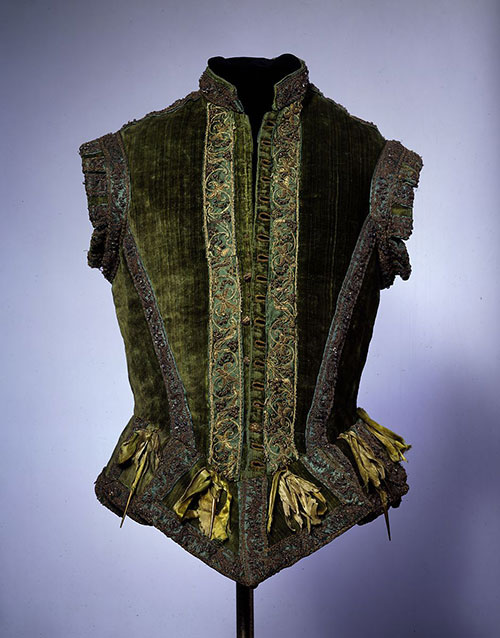 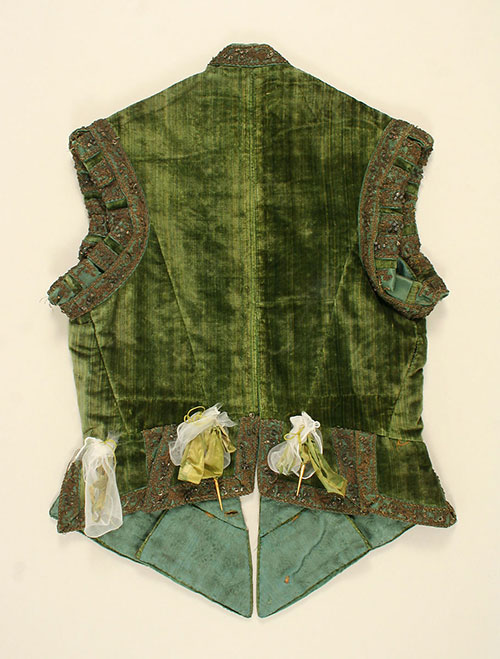 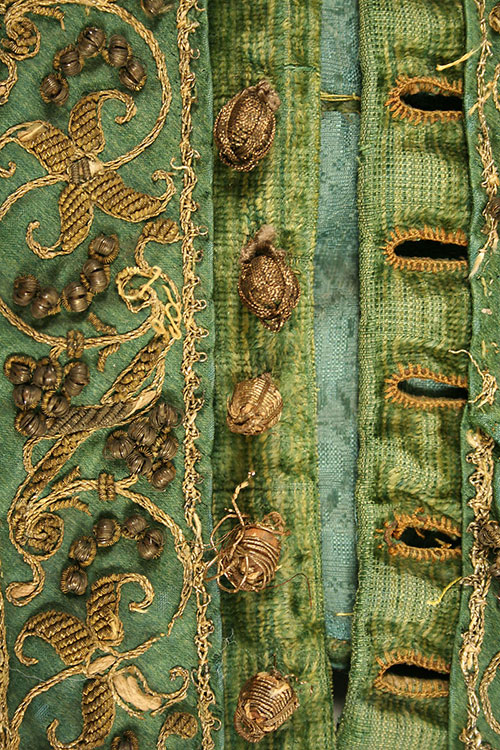 Opulent European doublet from about 1580. It is beautifully decorated with embroidery using metallic thread

17Th-century doublets were typically short-waisted and tight-fitting, with decorative sleeves and elaborate bows tied on a ribbon that connected the breeches and doublet.

By the mid-1600s, a doublet got out of trend when French and British royalty established a new male court costume – a long coat, a waistcoat, a cravat, a wig, and breeches. This outfit became the ancestor of our classic men’s suit. Although, a doublet truly was a wonderful garment that played its role in the world’s male fashion history. 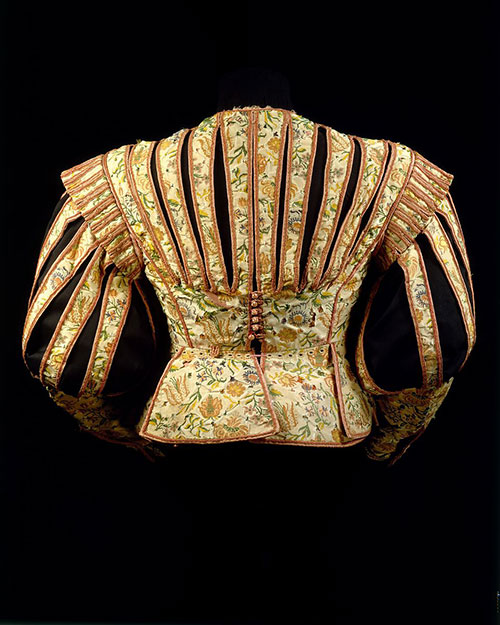 French silk doublet, the early 1620s. To a modern eye, it looks like a women’s garment, but it is a fancy male doublet