Authentic Byzantine jewelry items look stunning and costly – they’re usually massive gold adornments encrusted with gemstones, pearls, and enamels. And in most cases, these jewels have some reference to Christianity because Byzantine was a deeply Christian state. Byzantine jewelry is usually made in the form of necklaces and chains, earrings, finger rings (often, signets), bracelets, ornate clasps and buttons for clothing, brooches, pendants, etc. And these pieces are typically extremely intricate, created using various complicated jewelry making techniques. Like Byzantine jewelry you’ll find below.

The Byzantine Empire was the continuation of the Roman Empire in its eastern provinces during Late Antiquity and the Middle Ages. It existed around 395-1453. This empire was rich both financially and culturally. And it gave a lot of knowledge and skill to the world, including the craft of creating intricate gold jewelry.

We’ve selected for you the most beautiful and elaborately made gold jewelry pieces from the Byzantine Empire. Many of them are religious items connected with Christianity – crosses, icon pendants, and jewels with religious depictions. 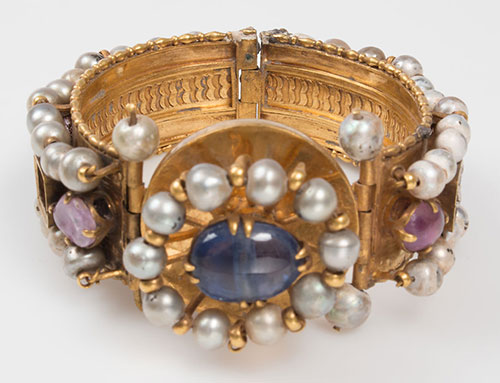 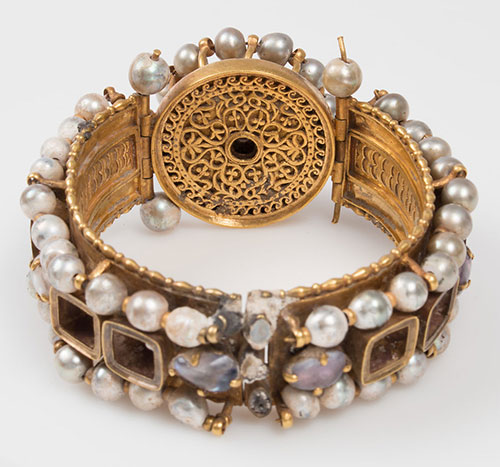 Massive gold pectoral with coins, Byzantine, ca. 539-550. This piece is believed to once belong to a general or a member of the imperial court 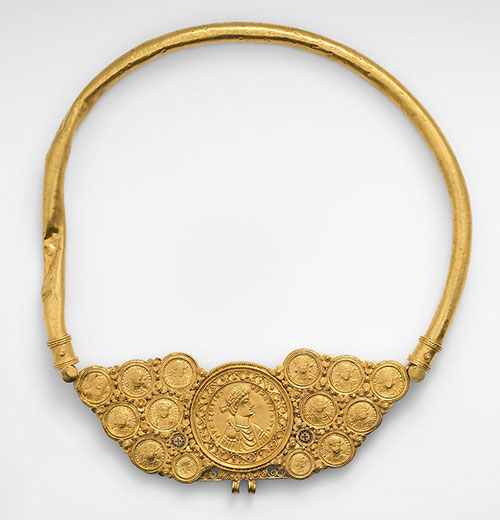 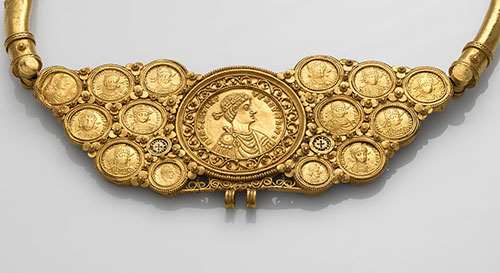 Comparatively roughly made gold earrings with pearls and sapphires, Byzantine, the 6th-7th century 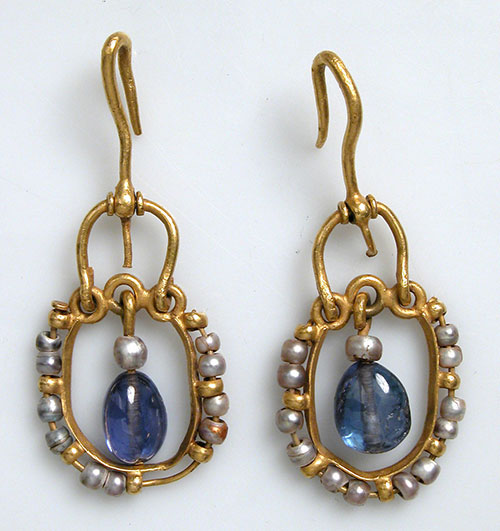 Intricate gold cross pendant adorned with pearls, Byzantine, 1200-1400. The cross is made using such jewelry making techniques as gold filigree, granulation, and wire on sheets of gold 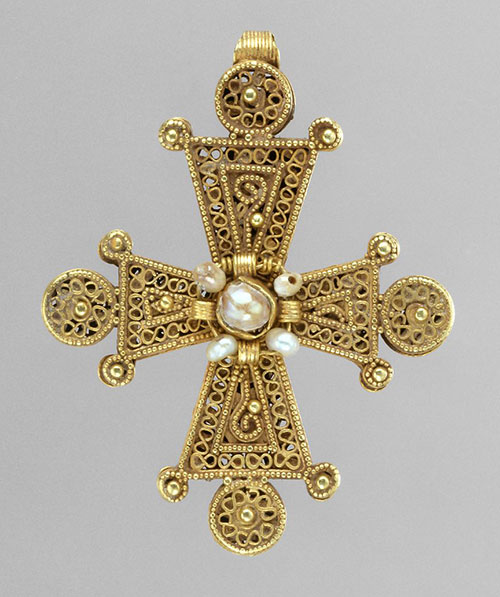 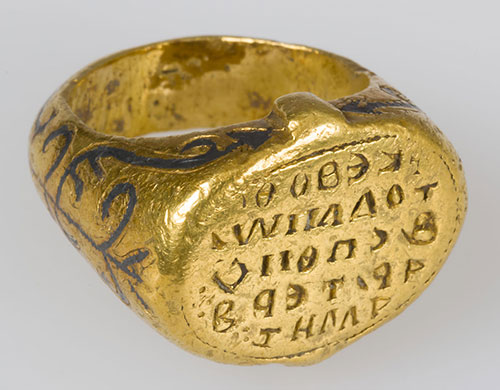 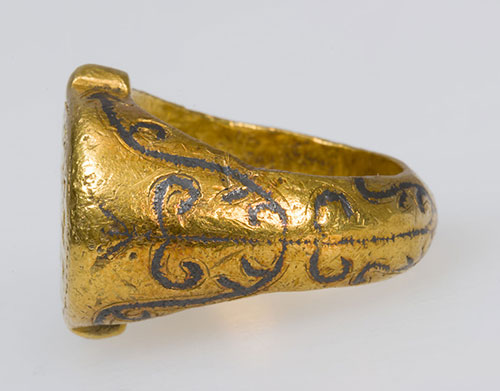 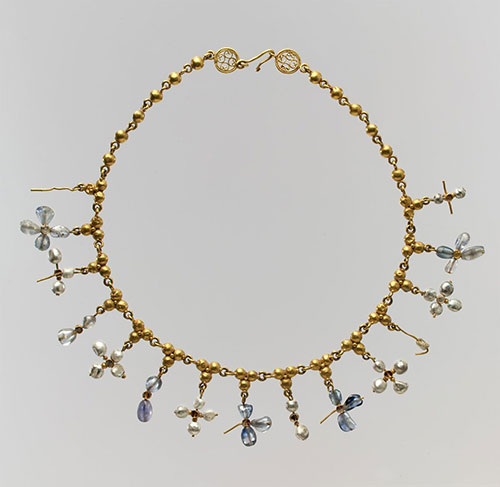 Gold clasp with medallion of the Virgin Mary and Child, Byzantine, the 6th century 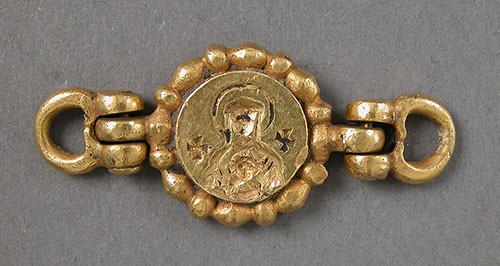 Gold spherical pendant or button embellished with enamel and granulation, Byzantine, 900-950. It was most probably used to close the clothing of the Orthodox clergy members 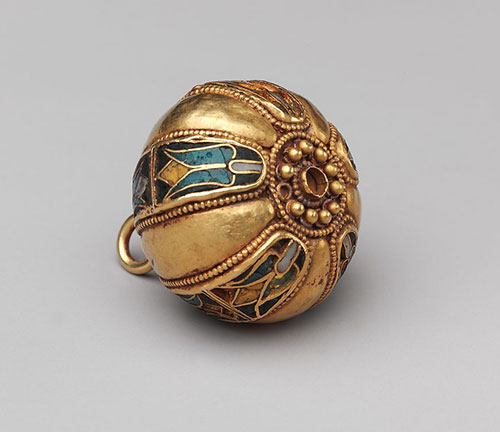 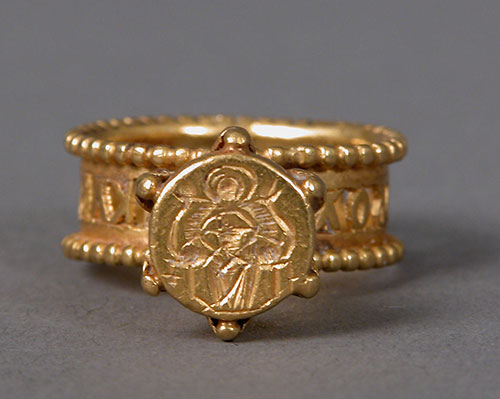 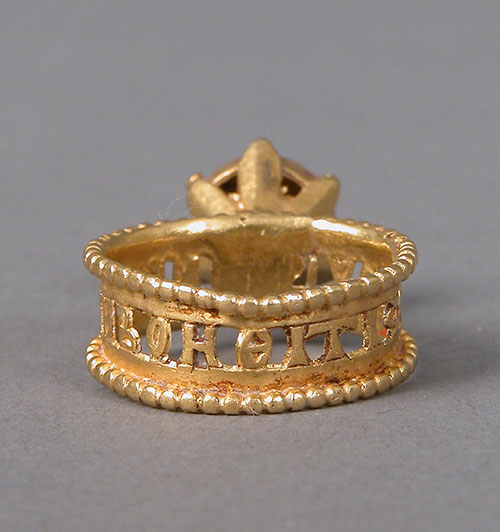 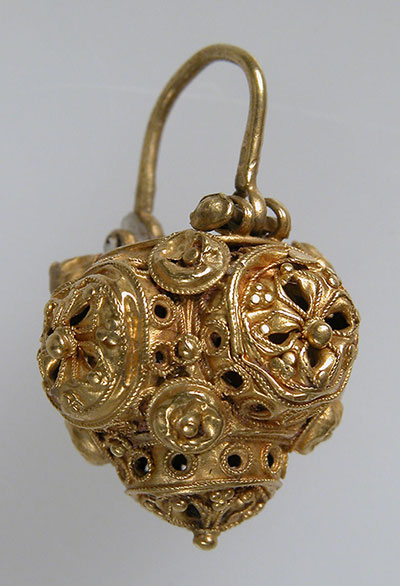 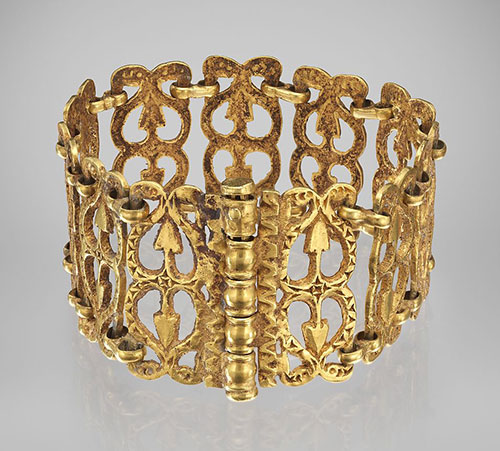 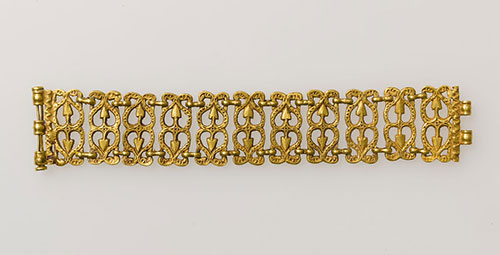 Gold necklace with wonderfully detailed ornaments, Byzantine, the 6th century. The ornaments are a cross, 2 leaves, and 8 amphorae in four different designs 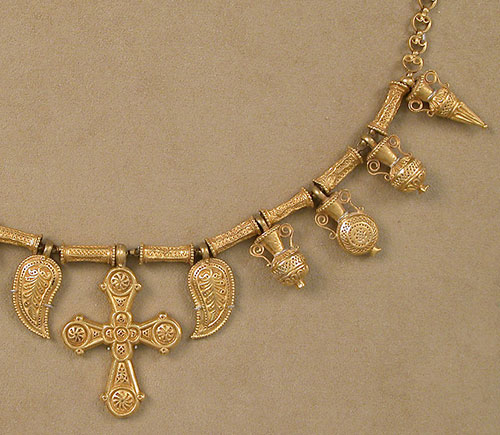