The outdoor overshoes called “patterns” were a wonderful invention. They were popular throughout the Middle Ages, Early Modern era, and even up to the beginning of the 1900s. These functional accessories allowed women of different social classes and professions to walk along dirty unpaved streets in the cities, wet floors, and cold ground. Pattens were not always easy to walk in but the alternative was even worse – to be ankle-deep in mud, sewer, or water, so if I were them, I wouldn’t complain.

Pattens were very popular among different females – high-class and court ladies, working women, wives of merchants, and so on. No one wanted to put their feet into dirt, mud, sewer, cold water, or whatever else could be found in busy medieval streets and deep in the countryside. Also, people could keep their feet warmer by elevating them a bit above the cold ground or floor – no floor heating systems back then. And one more advantage of pattens was that ladies were able to keep the long hems of their gowns, which were often floor-length, above the dirt.

Some men also wore pattens in some historical periods (particularly, in the 1400s) but it was less common. Mostly, it was a female accessory.

The soles of pattens were usually made from metal or wood (or both) and the upper part could be made from leather or fabric (even silk and brocade for wealthy ladies). The designs of these overshoes were different, as was the height of the sole – some were only 2-3 cm high, others elevated the feet 10 cm above the ground and more. There were pattens that had a solid wooden platform or wooden wedges or iron stands – anything the maker could think of that would be both steady and strong enough to hold the weight of a person.

For a lot of people, pattens were a must-have in the 15th-18th century. Although, they were not always easy to walk in. For once, they were less stable than shoes with low soles, and also, they clicked loudly with every step when wood or metal contacted with stone or another surface. You practically couldn’t walk quietly. And the sound irritated some people around you.

Still, women continued to wear pattens until the early 20th century, although they weren’t always as necessary as they had been in the medieval and Early Modern eras. Today, we don’t use such overshoes anymore, but we still sometimes prefer shoes with high platforms when it’s wet and cold outside. 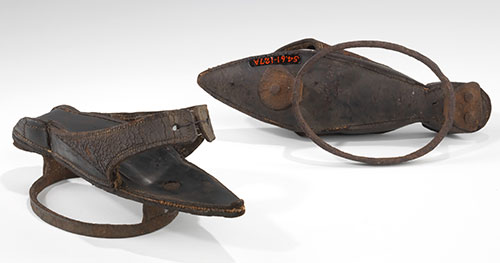 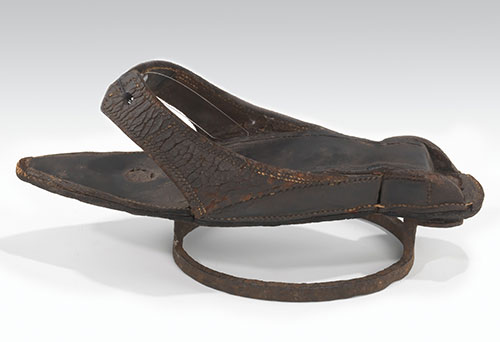 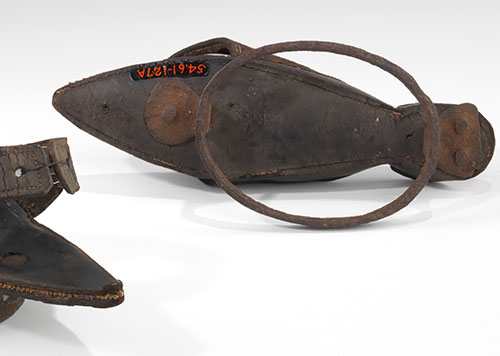 Vintage European pattens from the 18th century. They have a round metal stand and leather sole and upper part. These are more utilitarian than fancy overshoes. From The Met Museum