We often write about women’s 19th-century clothing – all those corsets, various designs of dresses and walking suits, bustles and crinolines, hand fans and bonnets, etc. But let’s not forget about the male costumes popular in this period. They were stylish and charming as well. And, of course, there were formal suits and casual wear. In this post, we’d like to tell you a little bit about sack suits, also called business suits, walking suits, or lounge suits.

A sack suit (business suit, walking suit, or lounge suit) is the informal wear for men in the 19th century. It is a 3-piece suit that consisted of trousers, a waistcoat, and a coat. The coat typically had 4 simple buttons, without any decoration (like silver-plating, fabric-covered buttons, and similar stuff). It’s interesting that the fashionable way of wearing this coat was to button down only the upper button, leaving the rest undone.

This suit was used for plenty of different occasions – from a picnic to a Sunday church visit. Men of different statuses and classes wore sack suits for different purposes. For some gentlemen, it was a simple suit they wouldn’t regret ruining during such activities as picnics, long walks in bad weather, or getting drunk with pals. Other males used sack suits as their Sunday best and didn’t own anything fancier or more formal. But all of them loved their sack suit and wore it frequently. 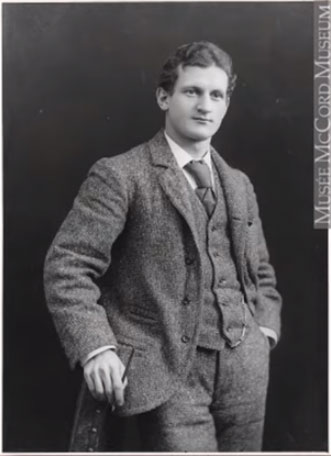 Woolen sack suit from 1893. From the McCord Museum

The first sack suits appeared and quickly became fashionable in the 1850s. At first, this attire was rather baggy and loose-fitting. In the 1860s, the suit became more fitted to the body.

Why this outfit was so popular among 19th-century men? Simply because it was affordable. A sack suit was made from simpler fabrics (linen, cheaper wool, etc), not as fancy as a tailcoat, for example. And you could buy it in a store, while formal suits were often custom-made by a tailor in the 1800s. So, this outfit was available even for working men. 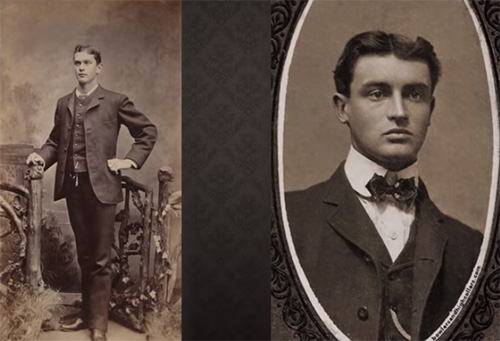 Summer sack suits were lightweight and comfy, often sewn from linen. Gentlemen usually paired them with straw hats or casual felt hats, but a number of headpieces were considered a fit, even a top hat. Such colors as light-gray, light-brown, beige, and similar shades were typical for summer suits.

Winter sack suits were made from thicker and sturdier wool. Felt hats, bowl hats, top hats, and other headdresses complemented the winter attire. The color of the fabric was often, but not necessarily, darker – black, brown, dark-gray, etc.

Although not always, the suit consisted of matching items. It’s a 3-piece suit and all three garments could be made from the same fabric in the same color, but just as often, you would see mismatched garments worn together. It was totally normal and common. A sack suit was leisure wear after all.

At the same time, gentlemen who wanted to make a statement or show their wealth wore expensive tailored sack suits made specifically for them by famous tailors. They were skillfully made from very fine fabric and fit perfectly. So, these men looked refined and polished even in their casual wear.