House of the Dragon is a prequel series to Game of Thrones. It is expected to be released in 2022. And so many of Game of Thrones’s fans can’t wait until it appears on screens. So while we’re waiting, why don’t we try to analyze the stage costumes of the future series from scraps we already know about it. This is the first post of a series of articles dedicated to House of the Dragon’s movie costumes, and it’s about Daemon Targaryen.

House of the Dragon is a prequel series to Game of Thrones and is based on George R.R. Martin's 2018 novel Fire & Blood, set to be released in 2022. 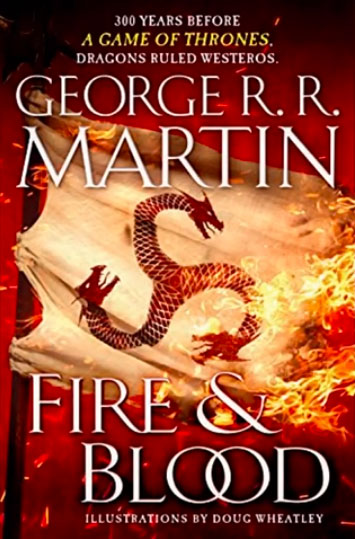 Michele Clapton was the series designer for nearly all 8 seasons of Game of Thrones and has passed the torch to veteran costume designer Jany Temime. She will be addressing all of the characters in the prequel story that set approximately two centuries before the events in Game of Thrones.

In this article, we will analyze the show costumes of prince Daemon Targaryen played by British actor Matt Smith.

In Fire & Blood, the character of Daemon Targaryen was the uncle and husband of prince Rhaenyra Targaryen, whose claim to The Iron Throne he supported in The Dance of Dragons. 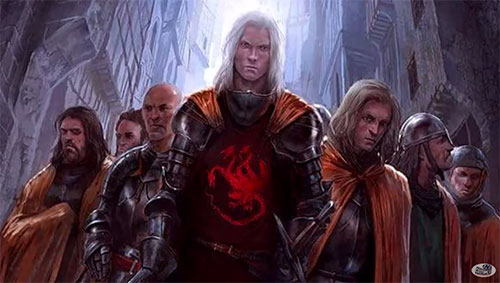 According to The World of Ice & Fire book, Daemon was a skilled warrior described in the histories as dashing, daring, and dangerous. He was also ambitious, impetuous, mercurial, amoral, reckless, and quick to take offense. Prince Daemon was the most experienced warrior of his time and wielded the Valyrian steel long sword Dark Sister, one of two ancestral swords of House Targaryen. 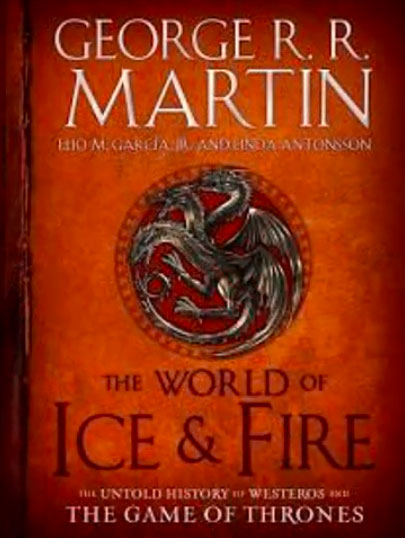 George Martin wrote on his Not a Blog that “Prince Daemon was a rogue if there ever was one”.

Other than that, we don't know what he looks like. House of the Dragon in a sense is in the same world as Game of Thrones, just set in an earlier time.

Showrunner Ryan Condell confirmed this when he said, “We're really trying to approach this show, and honor all of the things that were great about the original, while not just doing a cover of the song you've heard before. It's trying to be original without completely trying to break the box”.

With that being said, what can we make from this first and only look we've seen of Daemon Targaryen?

In the picture, it's thought that Daemon is on the island of Driftmark, attending the funeral of his brother-in-law Ser Laenor Velaryon at the castle of High Tide. 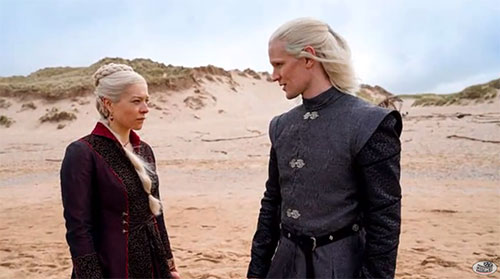 One thing that Michele Clapton was effective at doing was hammering down a look for each region in the Game of Thrones universe and the characters within the setting. Daemon's coat here has a certain Westeros’y look about it, and there hasn't been much change in fashion in approximately 180 years.

This style of coat reminds us of outfits that we've seen in fairy tales, like those worn by Prince Charming. It's usually a brocade or leather doublet or jerkin with a stand-up collar, very fitted in the torso, with or without a skirt, worn with slim pants and knee-high leather boots. 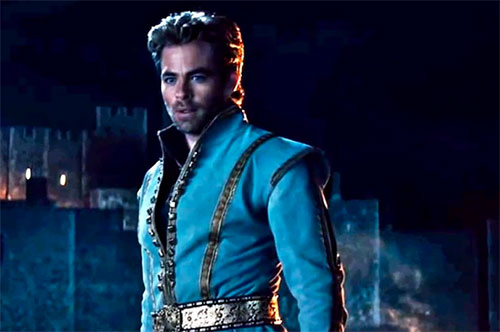 There is an actual example of a Tudor leather jerkin from the Museum of London that dates between 1550 and 1600. 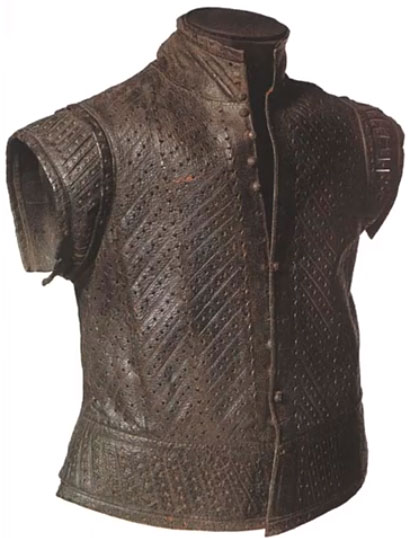 Daemon's jacket is closest to those worn by King Joffrey Baratheon. Daemon's jacket is made from a rich brocade, as we'd often seen on Joffrey, with a slim-fitted torso, stand-up collar, semi-fitted sleeves, and a flared skirt. 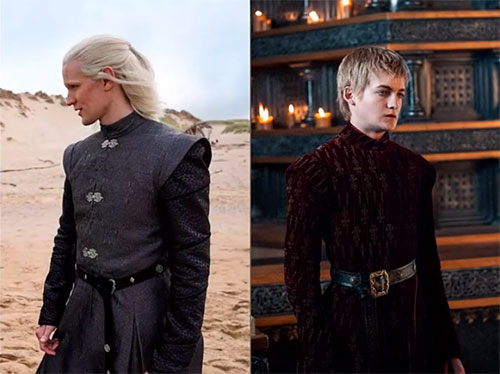 The jacket has wings on the shoulder.

This was a commonly seen design detail on men's jackets and jerkins in Westeros. We saw it on Ned Stark and even Robert Baratheon, but most consistently, on Tyrion Lannister. 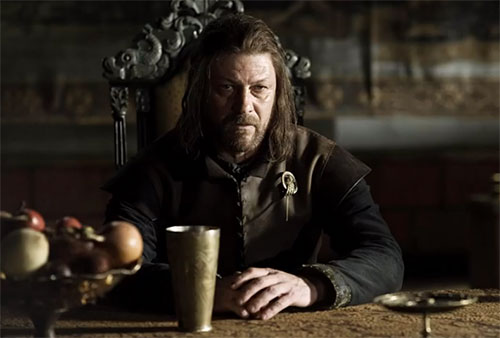 The coat is symmetrical, with metal clasps, and like Tyrion’s, has contrasting sleeves.

From a practical point of view and, likely, to keep production costs down, the sleeves worn by Tyrion were detachable so that they could be swapped out with matching or contrasting sleeves. The wings were meant to hide where the sleeves are laced on. Maybe this is what will happen with Daemon's costume. 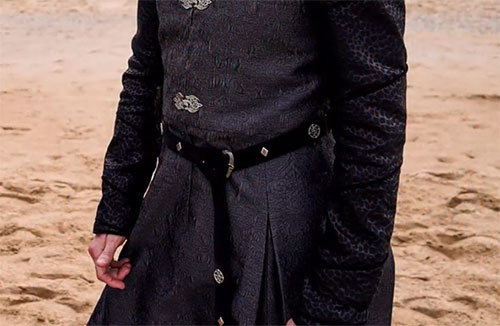 The skirt of the jacket, however, is different from Joffrey’s or Tyrion’s or even Ned’s. Joffrey's jacket skirts always have a distinctive arch panel on the sides, sometimes in a contrasting fabric and with some piping as an accent, while Tyrion and Ned wore Japanese-style tab skirts that weren't attached to the jacket. Daemon's coat, meanwhile, has a skirt that seamed at the waist and inverted box pleats starting at his hips to give the skirt some fullness. The coat isn't open to the hem, which means that Matt Smith would have to step into it like a dress. 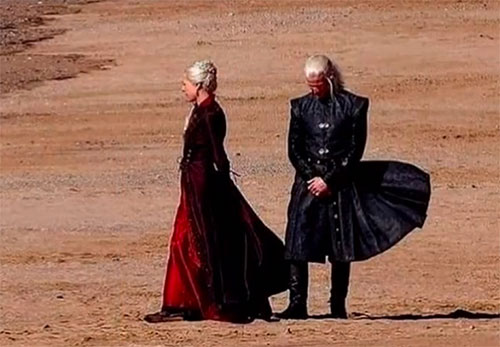 In the Game of Thrones universe, the only two examples of Targaryen men – besides Aerys Targaryen seen in flashbacks – are Prince Rhaegar and his brother Viserys. 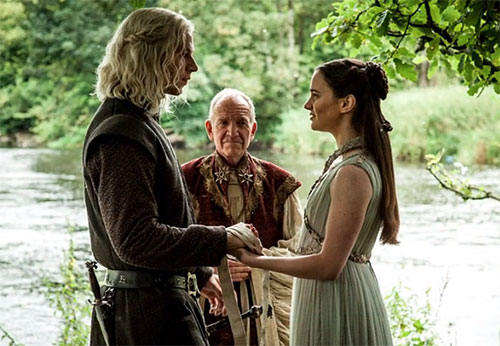 Unlike Daemon's coat, however, their Asian-inspired coats are asymmetrical, with a large applique of the Targaryen three-headed dragon sigil.

The coats are in more muted tones of red and black. But if we zoom in quite closely, Daemon does have these fine Celtic knot clasps in the shape of a dragon. The clasps are silver, which matches Daenerys Targaryen's metal established in Game of Thrones. 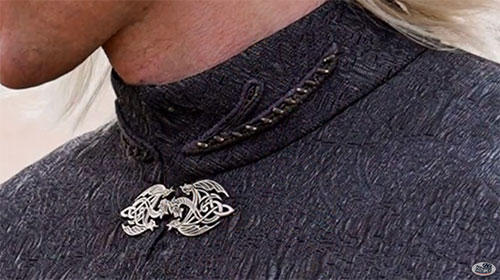 He also has metal embellishments on his belt, as we see on both Rhaegar and Viserys's belt. They have little dragon belt mounts on their belts – in fact, it might even be the same one – while Daemon just has simpler diamonds and Celtic circle shapes. 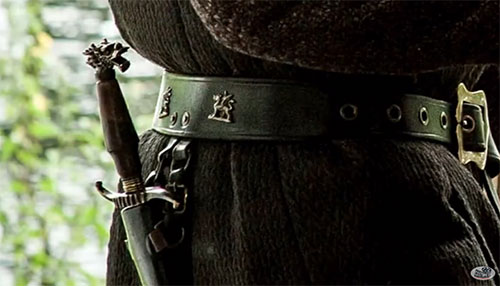 His sleeve fabric has a subtle dragon-like texture. And it looks like the swirling texture of the sleeves was created by cutting the fabric into sections and seaming it all together with the piping sandwiched in between.

As far as the color goes, Daemon's jacket appears to be a dark gray and not black. Again, like Dany's colors in Seasons 6 and 7.

In Game of Thrones, it is appropriate to wear black for mourning but, without knowing more, it's difficult to know if Daemon is dressed for the funeral.

The final thought is on Daemon's wig. From this photo, it looks very good. There were a lot of complaints about Rhaegar's wig, but this appears to be a vast improvement.

And like Dany, Daemon has a silver clasp in his hair covering his half ponytail.