Period-accurate clothing on portrait miniatures. The most charming source of fashion info ever!

Portrait miniatures were extremely popular in the 16th-19th century. They helped capture the appearance of people and pass the images down the generations. Thanks to these tiny portraits, we have so much useful information on the period-accurate fashion trends. Though portrait miniatures usually only show the bust of a person, we can still see part of the upper garment, collar in detail, hairstyle, jewelry, facial hair style, headdress, trimmings of clothes, and many other wonderful details of historical costumes.

Portrait miniatures were extremely popular in the 16th-19th century. There was no photography at the time, the technique wasn’t yet invented, so people needed some way to capture their appearance, remember relatives and ancestors, or keep the images of their loved ones during long periods of separation. Large portraits were too expensive for ordinary people and not very handy in traveling, but miniatures were perfect for all the mentioned tasks. Lucky for us, plenty of portrait miniatures survived through centuries and are a great source of accurate fashion info.

Portrait miniatures are usually rather detailed and high-quality. They’re also hard to make due to the size, so artists who specialized in tiny portraits were usually skilled and took their work seriously. They typically tried to make the portrait as close to the person’s appearance as possible. And, luckily, they captured the smallest details not only of the facial traits but of clothing as well.

The outfits of the royals and wealthy high-status people we can find on many paintings, but middle-class and poor citizens couldn’t afford to order a portrait. But portrait miniatures were cheaper, so more people could have them made.

These tiny portraits are so charming and impress us with the skill of their creators. Though, scientists say that the 16th-century methods of portrait miniature painting are lost for us, sadly.

What do we know about portrait miniature making?

The canvas was made from vellum – thin animal skin – glued to thin cardboard (it’s said, playing cards worked well for this task). Artists used many different pigments to create colors. For example, there was a specific shade called the “carnation” they used for the face and body tone. And it wasn’t like in coloring books where the outline is filled with color. Rather, artists made a blob of carnation color where the person’s face would be, drew outlines on top of it, and then removed the excess carnation. Tiny brushes were used to add texture and depth.

The background typically was painted in blue in the 16th-century portrait miniatures. The details of the outfits in such portraits were very accurately and carefully painted, as close to the real-life look as possible. Sometimes, inscriptions were added to identify the person. It was the last stroke.

After the portrait was ready, it was cut into an oval shape – this shape was the most widespread. Round portrait miniatures also occur. There are also rare rectangular-shaped miniatures.

Portrait miniatures usually had loops so that people could hang them around the neck. The most expensive and elaborate portraits were put into intricate lockets (gold or silver, jeweled, enameled, etc).

These charming tiny portraits are a great and significant part of the world’s cultural heritage. Most of them originate from Europe. And they can tell us so much about the fashion trends, hairstyles, fashionable jewelry, types of headdresses in the 16th-19th century, etc.
In male portraits, we can determine what styles of beards and mustaches men wore, what hairdos were popular, whether they wore wigs, how they embellished their clothing, what upper garments they used and how many layers, what collars were fashionable at a certain period, sometimes we even partially see armor.

Female portrait miniatures give us info about various hairstyles, beautiful jewelry items, headdresses and hair accessories, various trimmings of their ensembles, types of bodices and other pieces of clothes (in some cases, we see women’s images down to the waist, which helps understand the cut of their upper garment, the sleeves and collar, the pattern of the dress, whether they wore a corset, and so much more), etc.

Hundreds if not thousands of portrait miniatures from different historical periods survived to this day. We can find wonderful samples in museums throughout the world, but the luckiest people have tiny portraits of their own ancestors that were passed down several generations.

Some portrait miniatures are more intricate, others are simpler, some are put into silver or gold lockets, others are framed in wood, some have loops for a chain or cord, others don’t, some are bejeweled, others are not. There are different sizes and even shapes of these strikingly detailed portraits. But each and every one of them is invaluable and can be a great source of information for fashion historians and people who simply are interested in vintage fashion.

Here are a few nice examples of portrait miniatures from different eras.

Elaborate bejeweled portrait miniature of a woman, 1597. It was made by British artist Nicholas Hilliard. From The Met Museum 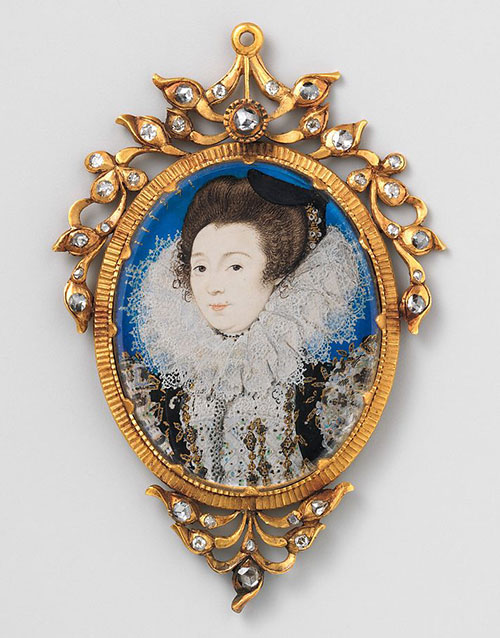 Portrait of a Young Man, Probably Robert Devereux (1566–1601), Second Earl of Essex, 1588. Also made by British artist Nicholas Hilliard. It has an inscription, by the way. From The Met Museum 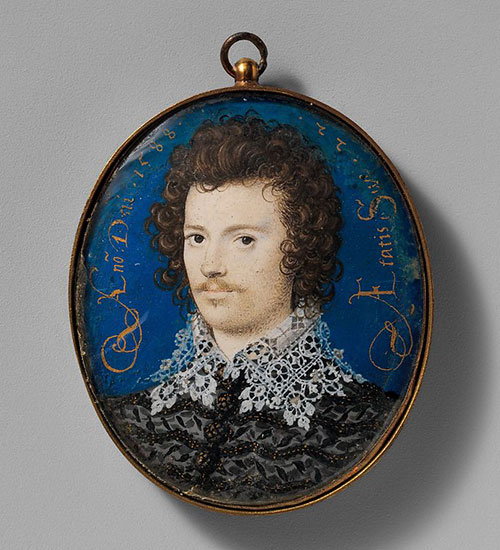 Portrait miniature of The Reverend Dr. Ezra Stiles (president of Yale College), 1770. It was made by American artist Samuel King. From The Met Museum

Portrait miniature of Colonel James Elliott McPherson, plantation owner and militia officer in Charleston, 1819. It was made by American artist Charles Fraser. From The Met Museum 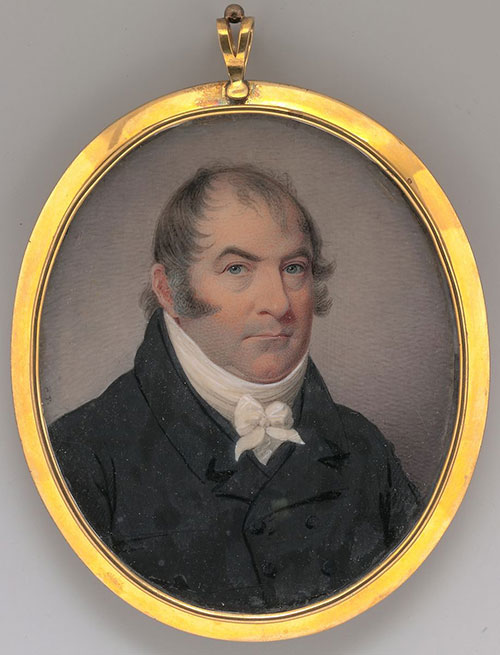