As you can understand from the name – even if you’ve never heard about a corset cover in your life – this piece of clothing is worn together with a corset, so it must be an item from the 19th century when the tightest and most complicated corsets were in use. What was this article of clothes for? Why was it invented? When did it come into fashion? And why today women don’t wear corset covers, even though some of them use modern corsets? Let’s look for the answers.

A corset cover is a simple (as simple as apparel could be in the 19th century) garment worn on top of a corset but under the main dress. This garb isn’t visible when a woman’s fully dressed, still, it is often rather decorative and pretty. 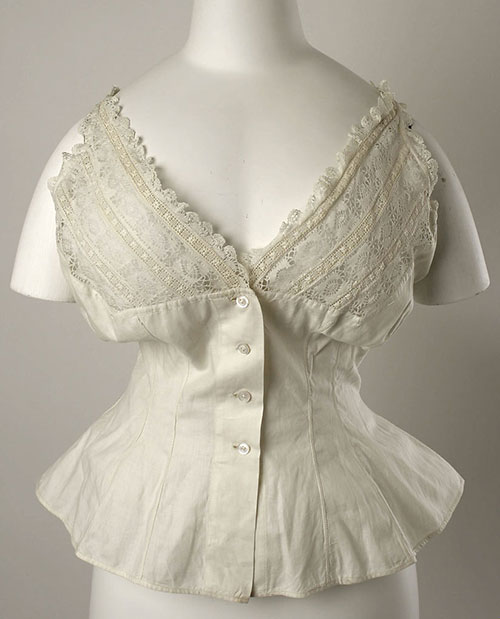 American corset cover from 1888. It is made from cotton, with lovely lace inserts. From The Met Museum

It had several functions:

Corset covers appeared in the mid-19th century, around the 1860s. And they remained in use until the early 20th century. 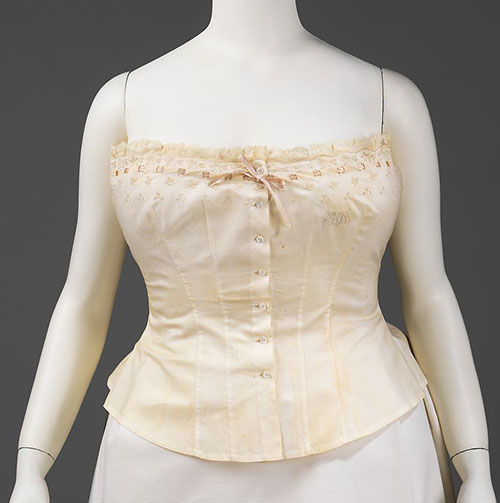 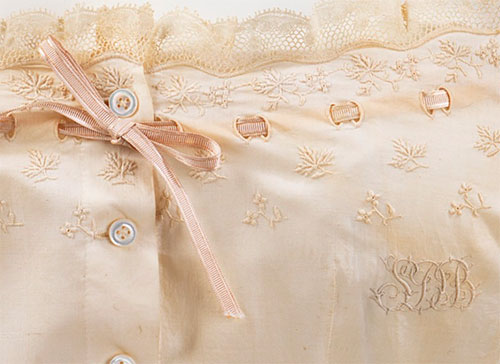 French corset cover from 1885-1890. It is made from cotton and silk, strapless, with a monogram “SDB” embroidered on the chest. From The Met Museum

Most corset covers were made from cotton – easier to wash, nice to the touch, absorbs sweat better, etc. But some were sewn from silk or thin linen.

The design, shape, embellishments of corset covers changed throughout the years, of course. Also, the style depended on the wearer’s taste and desire. Some were very simple – flat, tight-fitting, and with few decorations, while others were rather lovely, with plenty of lace, embroidery, ruffles, and so on. Though usually, the adornments were situated on the upper part of the garment – at the neckline, bust, and sleeve openings. By the way, sometimes, corset covers had tiny sleeves, but typically, they were sleeveless. The bottom part of a corset cover was plain, gathered to fit tightly at the waist, and – in most cases, buttoned down. The bottom of different corset covers usually looks the same, while the top part can differ greatly.

A corset cover was a very popular item in the 1800s, used by lots of women, especially middle-class and high-class females, who had costly dresses and valued them. 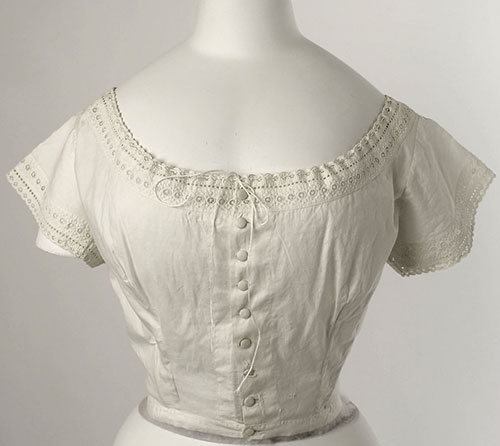 American corset cover from 1870. Simple but elegant, made from cotton, has short sleeves. From The Met Museum

When corsets went out of use in ordinary life in the early 20th century, corset covers also became rare. We have tops that sometimes suit the same purpose (to hide the contours of a bra or for warmth) among modern garments, but they’re much simpler and less decorative than the 19th-century corset covers used to be.

Modern materials and technologies allow contemporary corsets to be used without any corset covers, and also, we don’t value our dresses as high as women in the 1800s did because we can easily afford a new one. 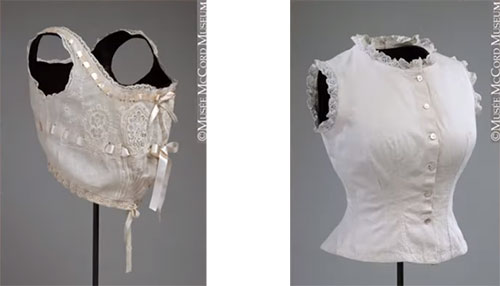