If you’ve read our article Mongolian millennium-old mummy in Adidas-style shoes. Whaaat?!l, you already know that this mummy had in her grave not only probably the most trendy shoes but also a very fashionable felt clutch. Bags, similar in design, we see in such designer lines as Louis Vuitton, Dolce & Gabbana, and Prada. But this particular clutch was produced 1,100 years ago. This truly impressed us. What do you think about such a high fashion mini bag used by a millennium-old seamstress? Even then, women did their best to wear stylish clothes and accessories.

The mummy we’re talking about was excavated in Mongolia a few years ago. She was a high-status woman who lived 1,100 years ago. In her grave, archaeologists found an impressive list of belongings – except for clothes she was dressed in, there were 4 changes of clothing, a lovely felt bag, a mirror, a comb, a knife, a saddle, and the remains of an entire horse. Thus, scientists made an educated assumption that this woman might have been a very respected and wealthy person in her community. Also, they think she was a seamstress because there was a fine sewing kit in her purse.

By the way, this is the felt clutch we’re talking about. 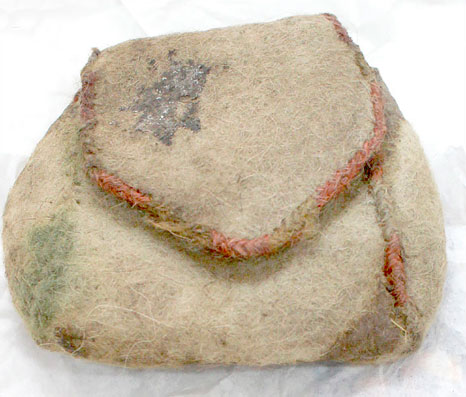 When realizing that this purse is over a millennium old, I’d say it’s pretty stylish and cute. Just imagine how it looked like all those years ago! It was naturally light-colored, with bright red border trim. Unfortunately, we don’t see the inside of this clutch, but obviously, it was a single volume bag – pockets weren’t invented yet.

It’s curious that the design of this purse is very similar to modern designer bags and clutches. The closest match is this Louis Vuitton turtledove-color leather envelope-style pouch. Of course, there are some differences in design, but these two purses look very much alike. 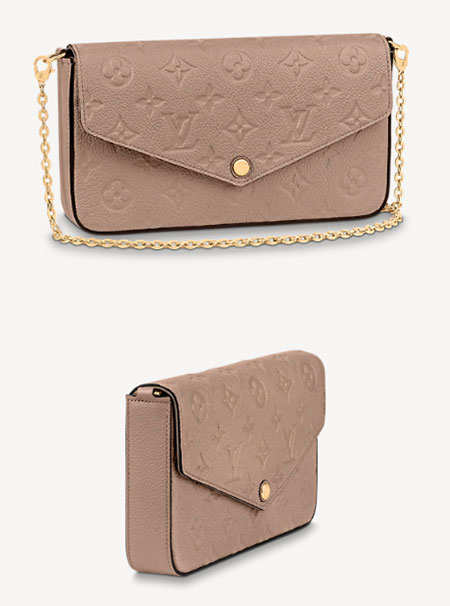 Two other pouches made in a similar style belong to Dolce & Gabbana brand. The first is an envelope-shape crochet raffia bag. Its triangular front flap is very similar to the millennium-old felt clutch’s one. Also, they might be of similar volume.

This Dolce & Gabbana purse is a bit different but still, it has a lot in common with the mummy’s clutch. It is made from faux fur in leopard print, which makes it look close to felt. And the shape is similar. 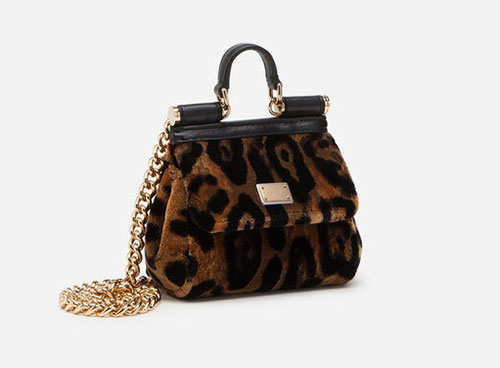 It’s wonderful that tastes and fashion trends repeat themselves from time to time. Some ancient accessories could be used in the modern day easily. This felt clutch in one of them.