In many African countries, women traditionally wear a colorful and eye-catching headpiece – it is a kind of a turban but draped in a hundred different ways. This cute headdress with typically African prints is very popular both inside of Africa and far outside its borders. Some females use it in daily life, others only as a ceremonial headdress, but most people with African ancestry treasure this item of clothes and consider it to be traditional heritage. At the same time, did you know that some historians believe that a head tie was once imposed on African women by white colonizers?

This headpiece is, basically, a rectangular piece of cloth artfully wrapped around the head. Usually, it covers all of the hair and even ears, leaving the face and earlobes (because how would you otherwise show your large and ornate earrings, which are an important item of folk jewelry in Africa?!) open.

The African head tie has a string of names used in various countries and regions or for various occasions. For example, it is called “gele” in Nigeria, “doek” in South Africa and Namibia, “dhuku” in Zimbabwe, “duku” in Ghana and Malawi, “tukwi” in Botswana, etc. Sometimes, these headdresses also vary in shape and size, not only the name. 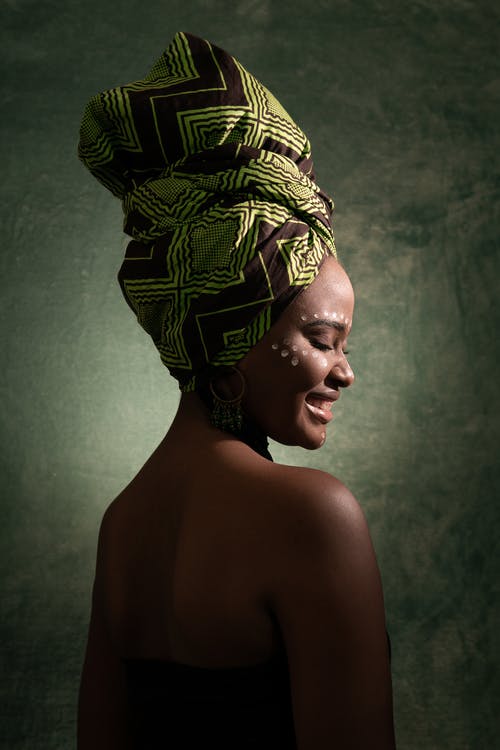 The African head tie can be draped in so many different ways that it can blow your mind. And practically always, it suits African women perfectly, accentuating their face structure and skin color. Also, by the color and print on the fabric, a woman can even show off her origin. Same as with the way of draping the cloth.

For instance, in Nigeria, gele head tie is large and intricately tied. There are, of course, simpler gele for daily use, but even these headdresses are more elaborate than those worn in some other countries. And Nigerian bridal or ceremonial gele are striking. Their headwear is often made from coarser fabric than the outfit so that its intricate shape could be achieved. 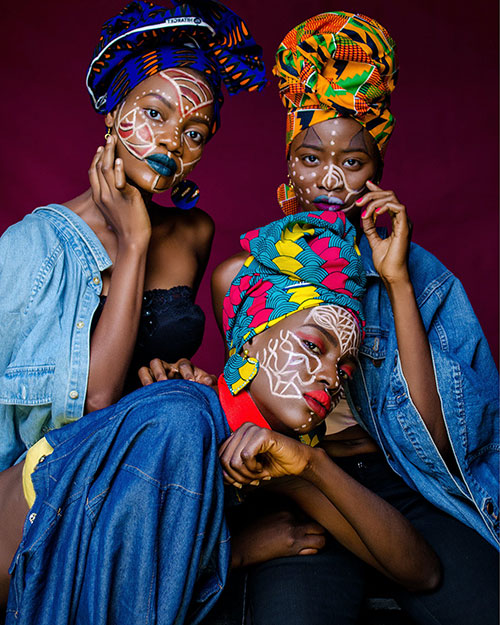 By the way, the African head tie doesn’t necessarily match the attire by color, patterns, or even quality of the fabric. It’s a usual thing to wear mismatched headpiece and costume. Though sometimes, they do match.

In South Africa, doek head tie is very popular among elderly women, especially in rural areas. Some of the local urban women who don’t use a doek in daily life may wear it when visiting their friends or relatives in rural regions – out of respect.

In other African countries, a folk head tie became a fashionable accessory rather than a traditional item of clothing. Modern women in Zimbabwe consider it trendy and gladly combine it with contemporary clothes. 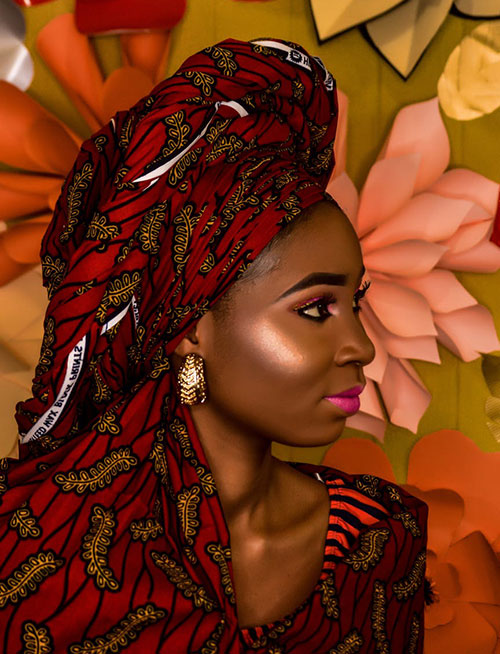 The African head tie is a charming accessory that looks wonderful. But there is an opinion that it isn’t as traditional as we would think. Some historians think that this headdress didn’t naturally appear in Africa but was imposed on the local women by European colonizers. The reason was to hide somewhat the exotic appearance of the women. Such opinion has Professor Hlonipha Mokoena from the Wits Institute for Social & Economic Research. What do you think about it? Do you agree? If you have any info to confirm or disprove this statement, please let us know in the comment section below. We would be so grateful for the insight.