Puttees instead of socks. Why leg wrappings were so popular that people used them up until the mid-1900s?

A lot of vintage costumes, especially of European warriors from different periods (the Vikings, Roman and Saxon soldiers, World War I and II troops, etc) were complemented with puttees or leg wrappings. This item of clothes was a must-have for a lot of people. It protected the leg from small injuries, from cold, and from damaging the skin by coarse shoes. Although the winingas need some skill and practice to wear them correctly, this piece was in active use until the mid-20th century or even later. Why were puttees so widespread for many centuries?

Puttees or leg wrappings (also called wickelbander, leg bindings, or winingas) are strips of cloth used as socks. They cover the lower part of the leg, from the ankle to the knee. The cloth is wound around the leg. It’s a vintage alternative to socks or stockings.

Puttees were invented centuries before socks because these pieces are much simpler. There are samples of leg wrappings that survived since the Iron Age and are now exhibited in museums. In the Middle Ages and the later period, they were rather popular. Soldiers wore puttees until the mid-20th century or even after that. 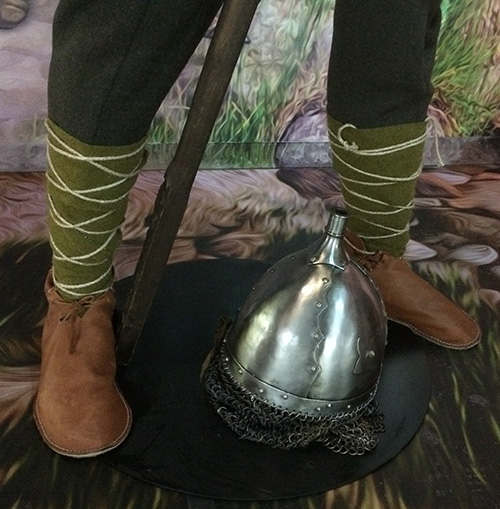 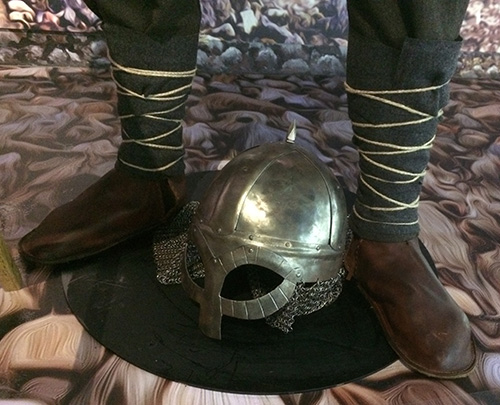 By the way, wickelbander of some kind were the most popular among the military men – the Vikings, Roman and Saxon soldiers, World War I and II troops, and many other warriors, especially in Europe, used leg wrappings. Why?

Because the puttees are a comparatively comfy item. Though, it requires some skill to put them on correctly. Otherwise, they will rub the skin or slip or cause other inconveniences. Only when leg wrappings are worn perfectly right, they stay in place during the whole day and feel comfortable. 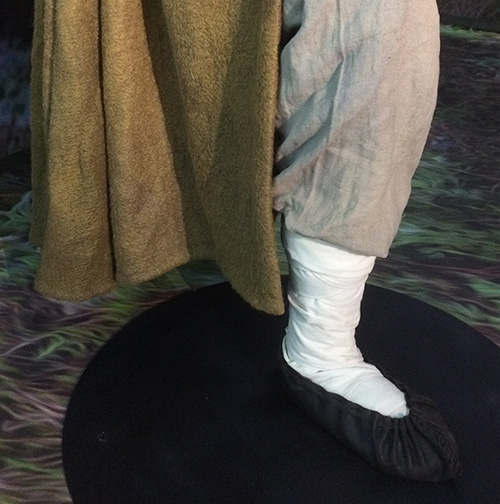 The winingas protected the lower leg from small injuries, from cold, and from damaging the leg by coarse shoes. Because the cloth is wrapped layer after layer, we get a thick cover on the leg, which is thicker and more powerful than a usual sock. And when there were no socks invented yet or they had no elastic band, puttees were the best thing possible. Or the leg wrappings could even be put on over the socks.

The first leg wrappings were made from non-stretchy cloth, thick and coarse, which was not very comfy. Later, people figured out that stretchy fabric better suits for this purpose. Still, in different periods and in different countries, people used different cloths to make puttees. Most often, it was linen or wool. 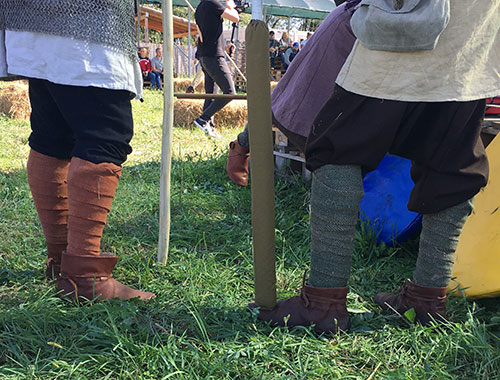 How to put puttees on. Useful tips

There are dozens of ways to drape a puttee and every man chose the one he liked. But also, there are some tips that can be really helpful, no matter what style of wearing leg wrappings you pick.

The puttee should cover your whole calf and end up right under the knee. If it’s too short and ends around the mid-calf, it will slip and fall down. So, make sure the length of the leg wrapping is enough to reach the knee.

Tuck the upper end correctly. The upper end of the cloth (situated below the knee) influences the whole construction greatly. So, you need to fix it right. Tuck the end under the topmost twist, but do it from underneath rather than from the top – this way, it will be properly pinned. If you tuck it from the top down, the trousers will pull on it and loosen the end.

Don’t wear puttees over too wide trousers. In this case, too much fabric is gathered on your calf and you will either wrap the winingas too tightly (which is bad for your blood circulation) or the leg wrapping will slip down.

Make sure the stepping of your puttees is neat. If the layers don’t fit closely to one another, the whole construction might fall apart. You can twist the strip of fabric so that it lied more smoothly around your leg.

Try to use a bit stretchy material for leg wrappings – it will be much comfier for your leg and you will have fewer issues with putting them on and wearing them for hours straight.