Warrior armor around the world. Best exhibits from The Met collection

The history of body armor and military equipment is long and exciting. So many different styles, materials, blacksmithing techniques, decorations! Every period in history and every country has its own typical warrior armor designs and peculiarities. Let’s compare them a bit on the examples of battle armor and ceremonial armor from wonderful The Met Museum collection. Most of these pieces are full body armor of high status warriors, so you can see how different parts of such armor look like.

All the photos are from The Met Museum in New York

Italian knight armor, a deluxe version of a typical cuirassier’s armor, worn by heavy cavalry armed with sword and pistols. Milan, Italy, the early 17th century. This garniture was made for a Member of the Barberini Family. 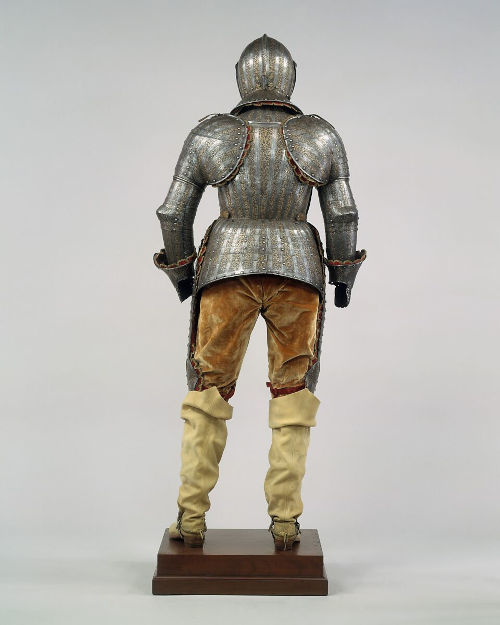 German full body armor in “Maximilian style” (introduced during the time of Emperor Maximilian I). Nuremberg, Germany, around 1520 and later. 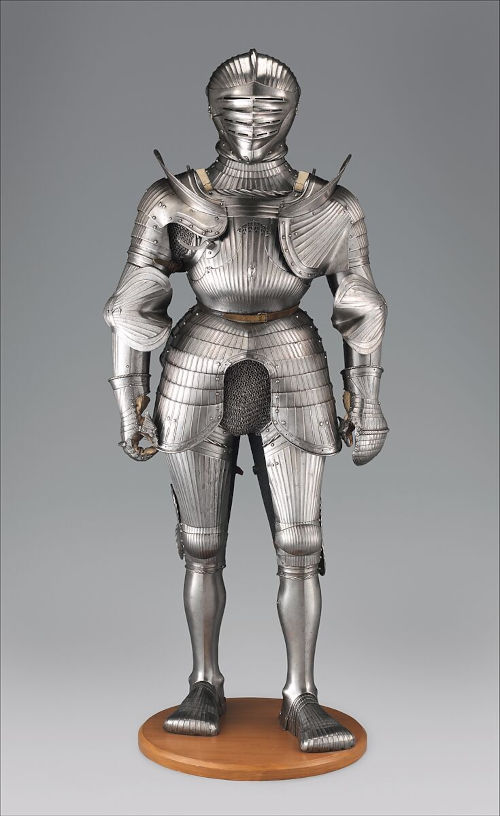 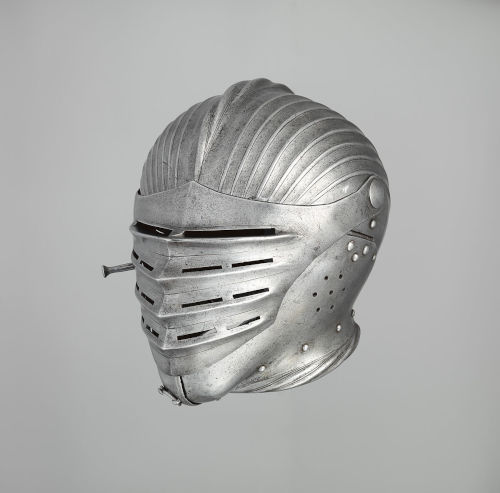 British armor garniture of George Clifford, the favorite of Queen Elizabeth I. Greenwich, Great Britain, 1586. This armor is decorated with the Tudor rose, the French fleur-de-lis, and the cipher of Elizabeth, two E’s back to back. 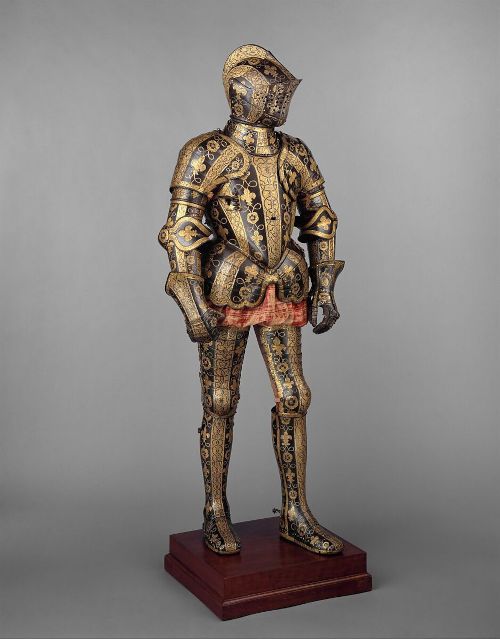 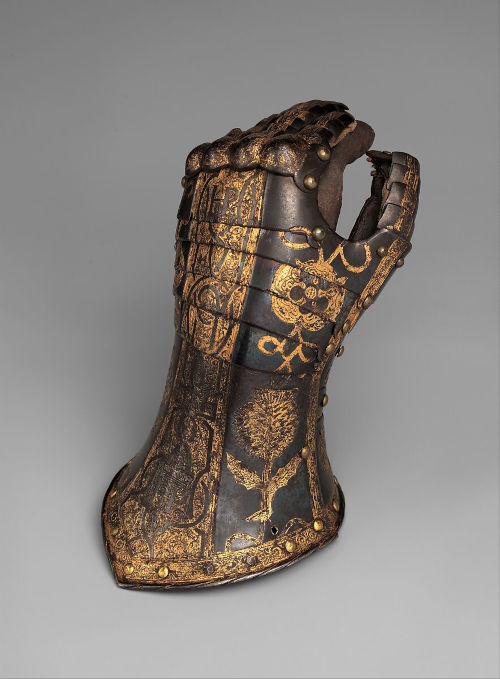 British pikeman’s armor, probably Greenwich or London, around 1620-1630. The quality of this armor suggests that it was worn by an officer and it may be a late product of the royal armor workshops. 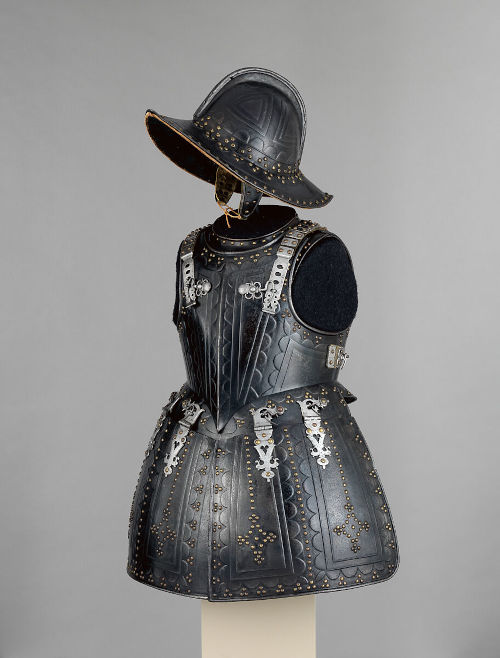 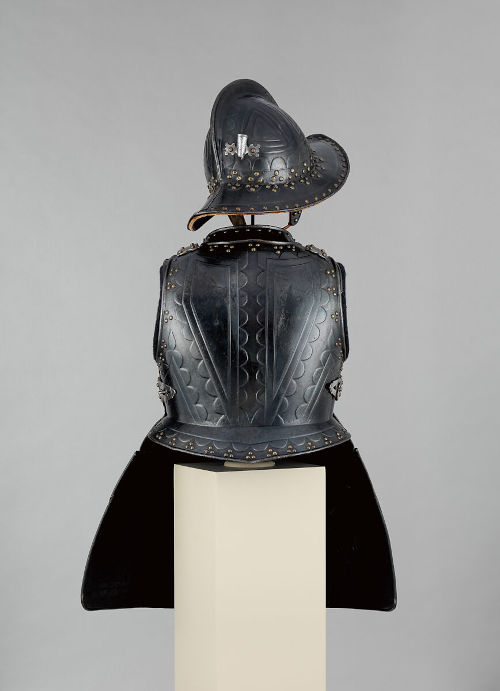 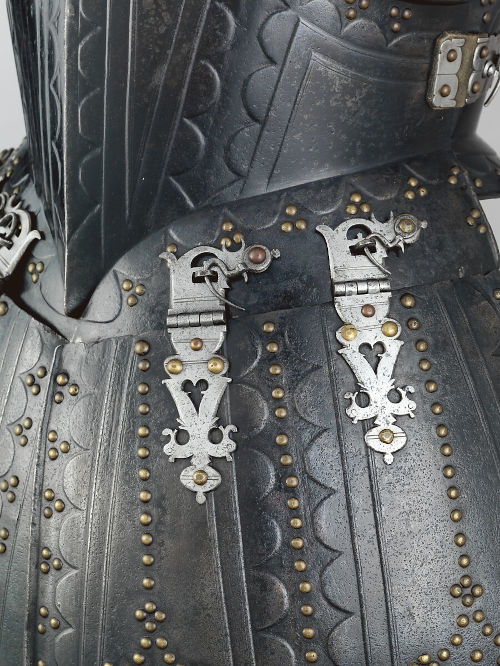 French ceremonial armor from the period of Henri III (reigned 1574-1589). France, about 1575-1580. It is adorned with battle scenes of soldiers wearing Classical armor. 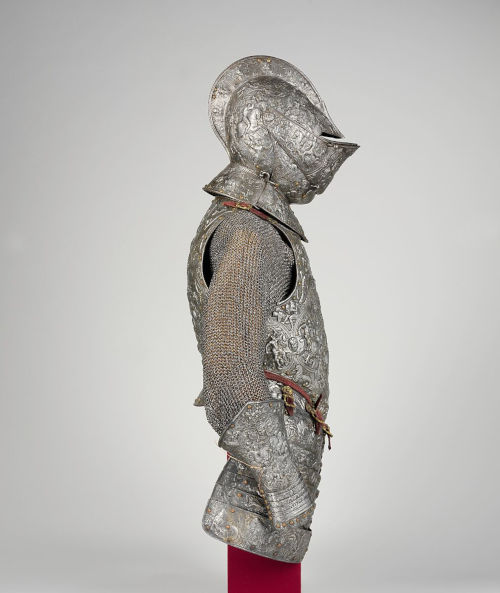 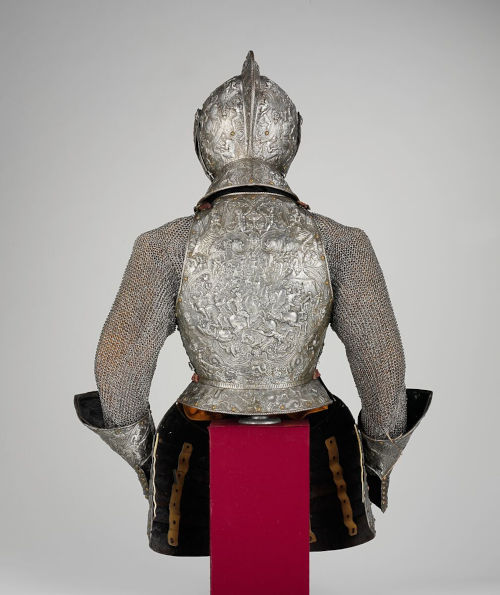 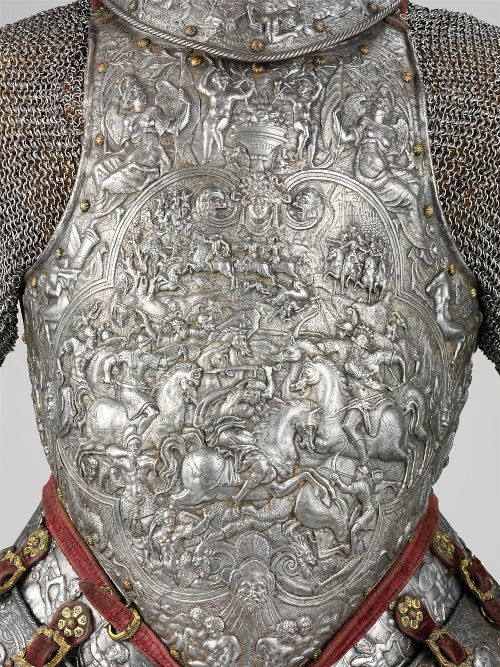 Japanese Gusoku armor. Toyohara, Okinawa prefecture, Japan, the 18th century. This armor is very skillfully made and has a unique coloring of the skirt called “kusazuri”. 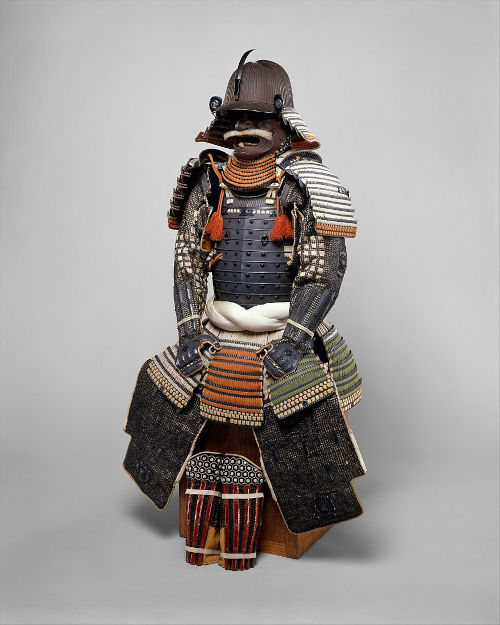 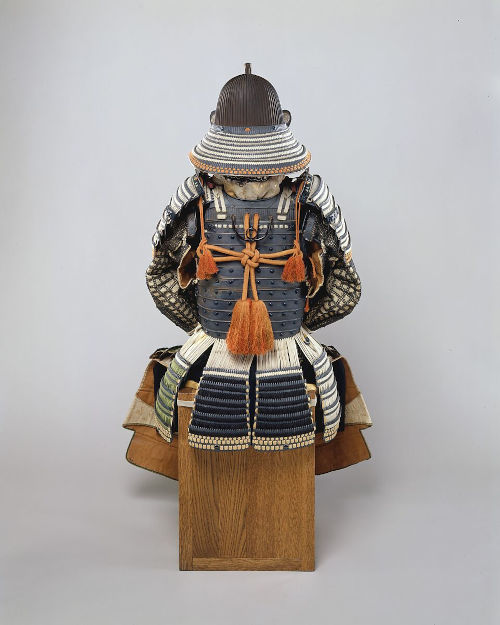 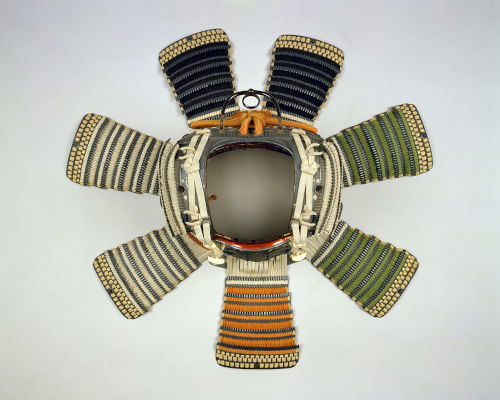 Japanese cuirass of a Dō-maru, Japan, about 1550. This is a close-fitting armor of a high ranking warrior. Very skillfully made. 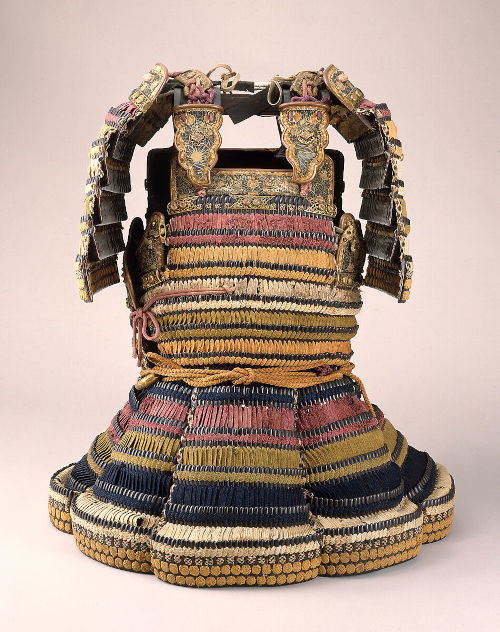 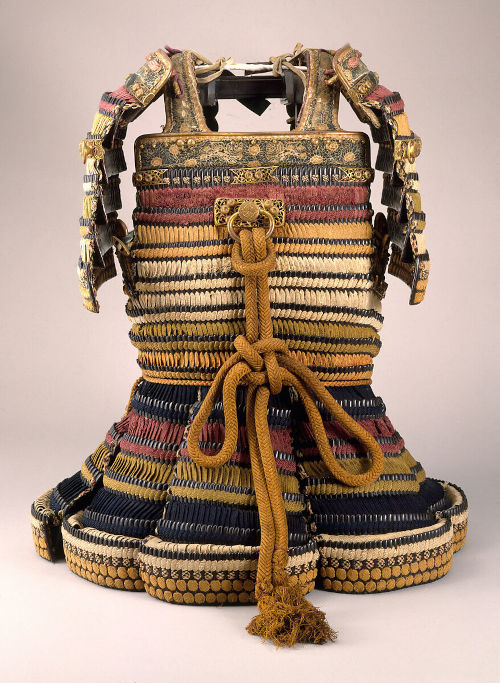 Elaborate Indian armor, constructed of mail and steel plates. Sindh, India (today Pakistan), the late 18th – 1st half of the 19th century. One of the best existing examples of Sindh armors. 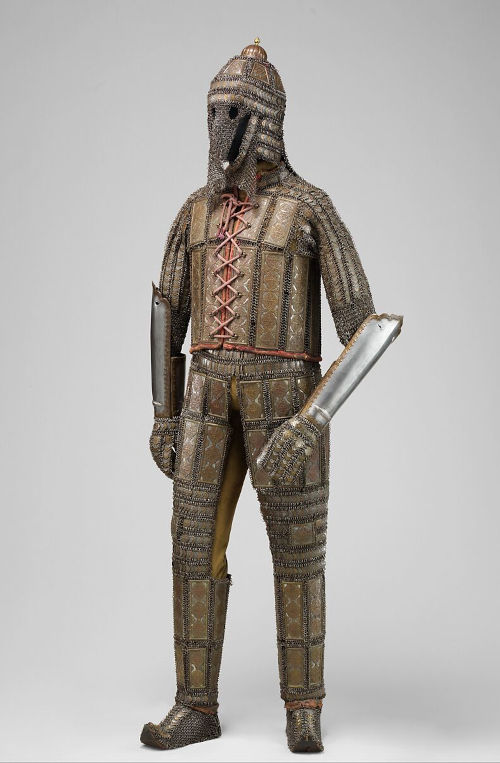 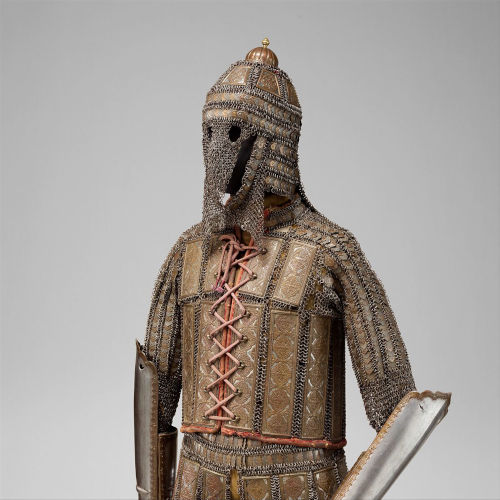 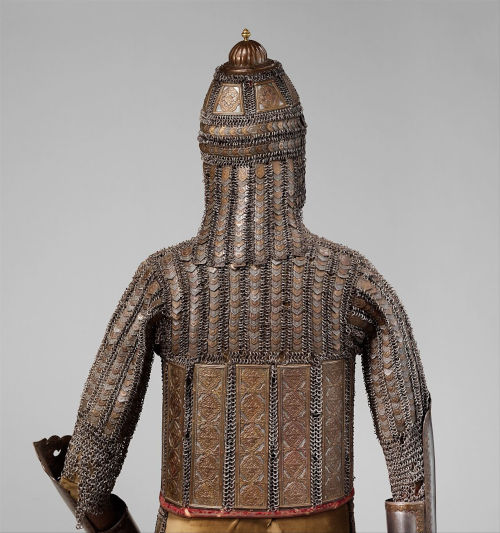 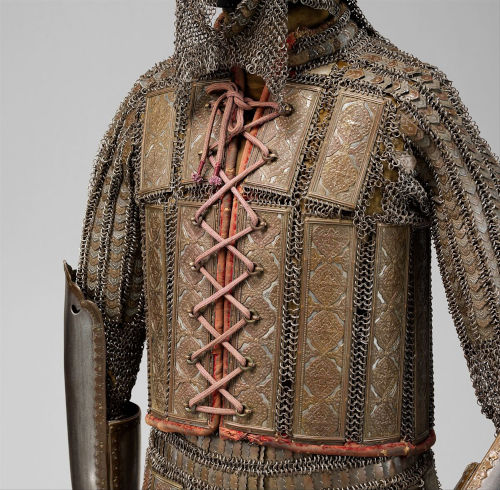 Tibetan, and possibly Bhutanese and Nepalese, armor of cavalryman from the 18th-19th century. This set was assembled based on photos taken in the 1930s and 1940s in the Tibetan capital of Lhasa. 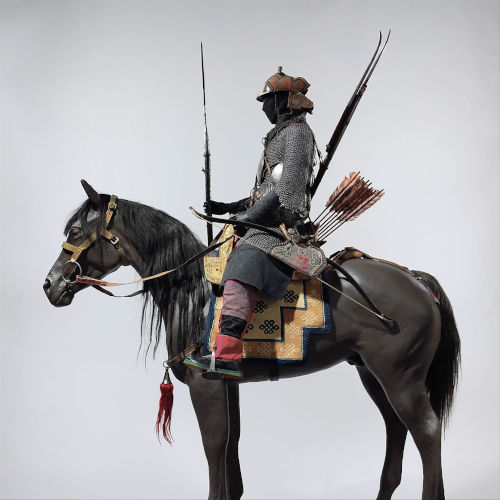 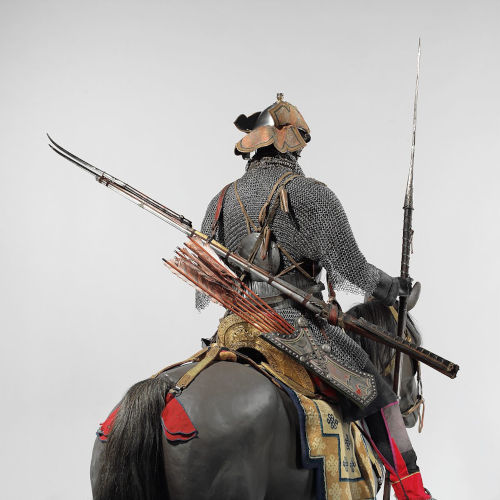 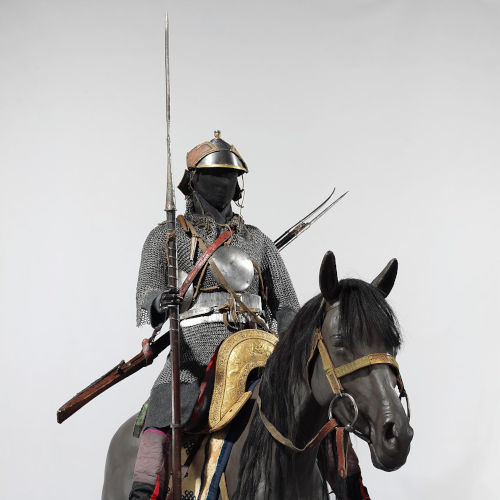 Persian cuirass (char-aina), Safavid, Persia, the 17th – early 18th century. The char-a'ina armor is frequently inscribed with mystical verses and carry the longest Qur'anic inscriptions found on Islamic armor. It’s supposed to not only protect the wearer physically but mystically as well. 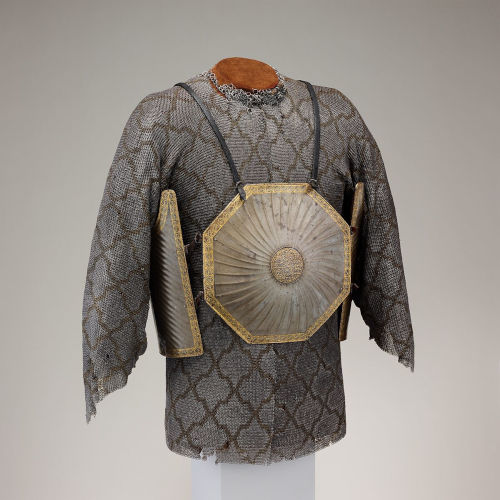 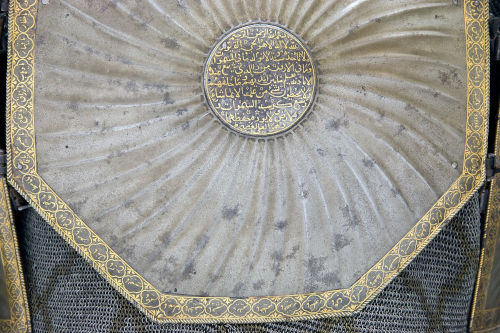 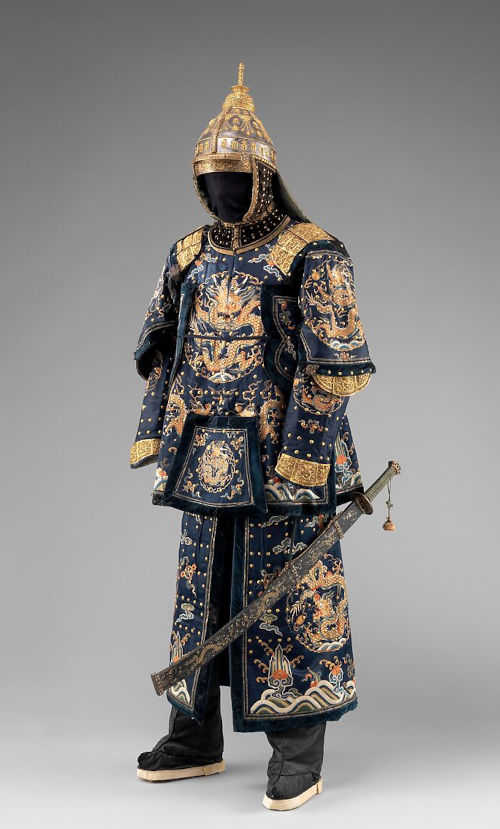